But supposing for a moment that none of this were true, it would still be difficult to see what possible influence an Israeli-Palestinian peace could produce elsewhere in the Middle East.

● The Taliban and al Qaeda would not lay down their arms in Afghanistan or Pakistan because of such an agreement.

● The Sudanese regime and the Janjaweed militia would not end their slaughter of black animists in Darfur upon news of an Israeli-Palestinian peace treaty.

● The Islamic Courts Union in Somalia would not desist in its efforts to dominate the country, let alone dispatch an ambassador to Israel.

● The Iranian regime would not revise its determination that Israel must be wiped from the map just because Israel would now be sharing it with a neighboring country called Palestine.

This being the case, declaring that the Israeli-Palestinian impasse lies at the heart of regional turbulence and global threat is not an assertion about the importance of producing an Israeli-Palestinian peace agreement. Rather, it is a formulation whose origins lie in hostility to Israel’s existence, a hostility that precludes the prospect of terminating the conflict even as it blames Israel for it.

It is an insinuation of Israeli illegitimacy and guilt, made by the devious (Abdullah, Mubarak) and restated by the credulous (Ban, Blair). Into which category President Obama falls remains to be seen.

Interestingly, Obama shied away from explicitly calling the Arab-Israeli conflict the core issue in the Middle East in his Cairo speech last month: there, it became the second of four such issues, the other three being unspecified “violent extremists” (al Qaeda and their ilk); nuclear proliferation; and democracy (more precisely, the lack thereof) in the region.

Nonetheless, the pride of place the Obama administration is giving the Arab-Israeli issue; the overt connection it has drawn between it and the resolution of other matters, like Iran’s drive for nuclear weapons; and its endorsement of the Arab demand that Jews stop moving to the West Bank and even eastern Jerusalem, are all hallmarks of a belief in its centrality.

Burying the myth of Arab-Israeli centrality, however, is easier said than done, because so many are invested in it.

For Arab despots, continuing blissfully unhindered in their repressive ways requires getting the U.S. to desist pestering them about pesky matters like human rights. This is best achieved by persuading the U.S. that the key to a liberalized Middle East lies in its working to solve the Arab-Israeli conflict first. This in turn leads successive administrations into pursuing Arab/Israeli diplomatic debacles, the inevitable failures of which can then be blamed on the U.S.

U.S. support for Israel – which can be made to mean anything short of cutting off diplomatic and trade relations with it – will supply the necessary alibi for further conflict and the continued elusiveness of Arab warmth for America.

For Western politicians – in this context, the word “statesmen” grates – demanding further Israeli concessions in another foredoomed peace bid allows them to gratify Arab tyrants who export Muslim radicals to their shores while hoping for the best. Short of resolution, let alone a program, for resisting Islamist encroachments at home, this is what passes for the strategy of the free world today.

In sum, Middle Eastern pathologies caused and exacerbated the very conflict whose solution is now held out at as their cure. But as any doctor knows, treating symptoms rather than causes effects no cure; still less so when the patient is only marginally responsive to palliative treatment. Invasive surgery on a weakened body lacking any prospect of success serves no purpose – unless the purpose is malign.

Breaking out of this dangerous, self-defeating cycle of delusion and distraction will be painful for the U.S. and the West. Expect therefore much continued avoidance and denial in Western chancelleries. 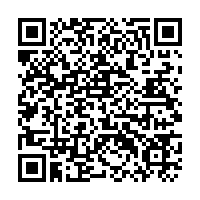