Soldiers from all Western armies, including Israel’s and Britain’s, are educated in the laws of war. Commanders are educated to a higher level so that they can enforce the laws among their men, and take them into account during their planning.

Because the battlefield is a place of confusion and chaos, the complexities of the laws of war as they apply to kinetic military operations are distilled down into rules of engagement.

In conventional military operations between states the combat is normally simpler and doesn’t require complex and restrictive rules of engagement. Your side wears one type of uniform, the enemy wears another; when you see the enemy’s uniform you open fire. Of course there are complexities. The fog of war – sometimes literally fog but always fog in the sense of chaos and confusion – means that mistakes are made.

The tragedies that have ensued from such chaos and misunderstanding are legion throughout the history of war. We call it blue on blue, friendly fire or fratricide. And there are other complexities in conventional combat that make apparent simplicity less than simple. Civilians, perhaps taking shelter or attempting to flee the battlefield, can be mistaken for combatants and have sometimes been shot or blown up. Enemy forces sometimes adopt the other side’s uniforms as a deception or ruse.

But in the type of conflict that the Israel Defense Forces recently fought in Gaza and in Lebanon, and that Britain and America are still fighting in Iraq and Afghanistan, these age-old confusions and complexities are made one hundred times worse by the fighting policies and techniques of the enemy.

Hizbullah, Hamas, Al Qaeda, the Taliban, Jaish al Mahdi and a range of other groups are trained and equipped for warfare fought from within the civilian population.

Do these Islamist fighting groups ignore the international laws of armed conflict? They do not. It would be a grave mistake to conclude that they do. Instead, they study it carefully and they understand it well.

They know that a British or Israeli commander and his men are bound by international law and the rules of engagement that flow from it. They then do their utmost to exploit what they view as one of their enemy’s main weaknesses. Their very modus operandi is built on the (correct) assumption that Western armies will normally abide by the rules.

It is not simply that these insurgents do not adhere to the laws of war; it is that they employ a deliberate policy of operating consistently outside international law. Their entire operational doctrine is founded on this basis.

On the tactical level, protected buildings, mosques, schools and hospitals are used as strongholds allowing the enemy the protection not only of stone walls but also of international law.

On the strategic level, any mistake, or in some cases legal and proportional response, by a Western army will be deliberately exploited and manipulated in order to produce international outcry and condemnation.

And in sophisticated groupings such as Hamas and Hizbullah, the media will be exploited also as a critical implement of their military strategy.

In Gaza, according to residents there, Hamas fighters who previously wore black or khaki uniforms discarded them when Operation Cast Lead began, in order to blend in with the crowds and use them as human shields.

Like Hamas in Gaza, the Taliban in southern Afghanistan are masters at shielding themselves behind the civilian population and then melting in among them for protection.

Hamas of course deployed suicide attackers in Gaza, including women and children.

Women and children are trained and equipped to fight, collect intelligence and ferry arms and ammunition between battles. I have seen it firsthand in both Afghanistan and Iraq. Female suicide bombers are almost commonplace. Schools and houses are routinely booby-trapped. Snipers shelter in houses deliberately filled with women and children.

Especially in close infantry combat, the concept of the precise, surgical strike is more often pipe dream than practical reality. Then there is perceptual distortion, common in combat situations, which can lead a commander or soldier to comprehend events in a way that is different from reality. 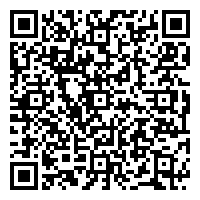