In today’s divisive climate – in the world of Ilhan Omar and Alexandria Ocasio-Cortez – it’s hard to defend registering as a Democrat. Your WhatsApp groups and social media feeds are filled with clips of the latest progressive nonsense uttered by high-profile Democrats. It’s easy to turn around and register as a Republican just to prove a point.


Like it or not, New York City is becoming the most liberal city in the world, and the Democrats have significant influence. You can hate it. You can tweet about it. You can scream and yell on your group chats. But you know what you can’t do if you’re registered as a Republican? You can’t vote in critical Democratic primaries where moderate voices matter.

You and I can be disgusted by the rhetoric that some in the Democratic Party spew. But to effect change, you have to stay and fight. Don’t leave the party in the clutches of AOC, Rashida Tlaib, and their ilk.

The overwhelming majority of New York City elected officials are Democrats. Winning a Democratic primary in this city all but guarantees you the seat for which you are running. When we frum Jews sit out these primaries, we are voluntarily handing over power to the most progressive voices.

Let me give you an example. The recent Queens DA Democratic primary election pitted a progressive and inexperienced radical (Tiffany Cabán) against a moderate and responsible candidate (Melinda Katz). After court battles and recounts, Katz won the race by less than 50 votes. I assure you: Next time, we won’t be so lucky.

Already now, once reliable Democrats are afraid to speak out for fear of becoming the target of the next progressive socialist. As of this writing, Senator Chuck Schumer has still refused to publicly condemn Ilhan Omar and Rashida Tlaib for their support of BDS, their vitriolic hatred of Israel, and their outright anti-Semitism. Is it because he agrees with them? Most definitely not! But these women are positioning themselves as the future of the party, and they generate massive turnout numbers on Election Day.

During one of the Democratic presidential debates this year, a moderator said to the candidates: “Raise your hand if, as president, you would re-enter the Iran Deal.” All but one candidate raised their hands proudly. That scared me – and it should scare you.

I work in City Hall every day, surrounded by loud voices, each trying to be more progressive than the next. I’ve learned how to pick my battles. I’ve learned when to find common ground (e.g., fighting anti-Semitism and advocating for kosher and halal school lunches) and when to stand up against the tide (e.g., supporting Israel and yeshiva independence). But as a Democrat, I’m able to be “in the room” where it’s happening, and that means I still have some influence.

As the number of moderate voices in City Hall shrink, however, so will our perceived voting power. Unless frum Jews enroll in the Democratic Party en masse, we can kiss our political influence goodbye.

What does that mean? It means that candidates for public office will no longer seek our votes by pledging to support Israel, religious freedom, the autonomy of yeshivos, and funding for our critical community-based organizations.

Help keep New York City a city for all people, not just for those who shout the loudest. Register as a Democrat. Vote in primaries. Help elect moderates. Raise your voice when it truly matters. Time is running out. 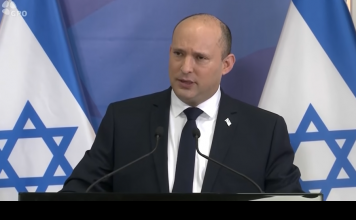 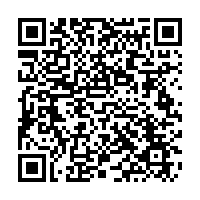