Blue and White Party leader Benny Gantz doesn’t need the bills his faction presented on Monday to render Benjamin Netanyahu ineligible to continue to serve as Israel’s prime minister. Having received the mandate to form a government from Israeli President Reuven Rivlin, all Gantz needs to do is assemble a coalition. This would push Netanyahu out of office and see him replaced by Gantz.

Theoretically, it could happen by tomorrow morning. Nothing prevents Gantz from striking a deal with members of the left-wing bloc, who number 61 Knesset members now that Gesher Party head Orly Levy-Abekasis has dropped out, to establish a coalition.

But Gantz knows he doesn’t really have a government, and not only because Blue and White Kneset members Zvi Hauser and Yoaz Hendel aren’t with him—meaning he has lost his majority—but also because most of the public isn’t with him.

While a number of media outlets and some enthusiastic tweeters would be prepared to see him form a government even with Hezbollah leader Hassan Nasrallah if it meant ousting Netanyahu, the dismay everyone else feels at the sight of three former Israel Defense Forces chiefs courting the Joint Arab List, most of whom support terrorists and reject Israel as a state of the Jewish people, is beyond description.

It seems Gantz knows that joining forces with the Joint List would be unforgivable and would see him kicked out of politics faster than he entered it, but the damage has already been done. Now he’s desperate and will apparently do anything to avoid returning the mandate to Rivlin after he again fails to assemble a government.

This is why he is spearheading the bills against Netanyahu. But they, too, are legally problematic and it’s not clear whether they could be applied retroactively even if they were to pass. So he wants to oust Knesset Speaker Yuli Edelstein as well, even though the law appears to be on Edelstein’s side, hoping it will help him put off trying to form a government.

All this is unfolding alongside super-secret negotiations that have been underway since Sunday to form a unity government with the Likud. They are kept secret to prevent them being thwarted despite efforts by Gantz and his cohort to blow them up. They have a right to use leverage against Netanyahu, just like the other side can apply leverage, but a decision will soon have to be made.

The Joint List won’t like to hear that the person they recommended to Rivlin with the purpose of ousting Netanyahu is actually working with him, and Gantz will have to decide which path to take. 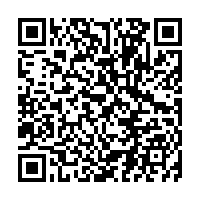