When President Trump thought about acknowledging Jerusalem as the capital of Israel, the arguments against it were familiar—and had persuaded previous presidents. The secretary of state, Rex Tillerson at that time, argued that the negative Arab reaction would be large, swift, and significant.


In the event, there was not much of an Arab reaction. Remember the riots and huge demonstrations from Casablanca to Cairo to Baghdad to Jakarta? No, because there were none. Nor was the reaction from Arab governments very big.  All opposed the decision, but used words like unjust or unfortunate or unhelpful, which are not exactly declarations of war.

This past Friday and the Friday before that, Hamas organized very large demonstrations at the Gaza/Israel border. Last Friday, perhaps 20,000 people turned out. Many more (perhaps twice as many) had shown up on March 30th, and that decline must be a worry to Hamas.  The word “demonstrations” is actually wrong: there were armed men among the crowds, and their purpose was not ultimately to “demonstrate” but to crash the border fence so that thousands of Gazans could enter Israel—where some who were Hamas soldiers would no doubt have committed acts of violence including murder, arson, and kidnapping. The death toll ten days ago was 18 (or up to 23; accounts vary) and last Friday 10 more, according to Hamas.

These events have elicited the predictable denunciations, not least from Arab capitals, and cautions and calls for restraint, not least from UN officials. The United States had to block a UN Security Council resolution on Saturday, April 7 (proposed by Kuwait, the Arab representative on the Council) because it did not demand that Hamas stop these dangerous attempts to storm the border and because it called for an international investigation. Israel’s and our experience with such “investigations” is that they are unfair, biased against Israel, and achieve nothing.

But once again, where are the riots and large and spontaneous demonstrations in the Arab world (or anywhere else for that matter)? Absent. Arab governments do not like to encourage very large demonstrations because they always run the risk of getting out of hand and turning violent or turning against the regimes themselves. Moreover, those regimes are simply tired of having Palestinian politics interfere with their own. Still, if there were a huge popular reaction it would need to be respected and channeled into some large public protests. Apparently it is absent as well. (1500 Arab Israelis marched peacefully in Sakhnin, in the lower Galilee, on Saturday.) Palestinian president Mahmoud Abbas alleged Israel was “murdering defenseless, peaceful protesters” and called on the world to stop “the barbarism and killing of the occupation army.” But he is an enemy of Hamas and wants to see its new tactic of border clashes defeated; his statements are meant to palliate Palestinian public opinion, not to evoke public protests. His problem is that he appears to be doing nothing while Hamas is making news.

Citizens of Gaza have plenty to protest about, starting with misrule by Hamas and the terrible economic situation in which so many Gazans find themselves. Hamas tends to react by seeking more violence, attacking Israel with rockets or with this kind of dangerous clash at the border. Of course none of that helps Gazans. Egypt and Saudi Arabia have actually made a constructive proposal: in exchange for a decision by Hamas to avoid any more such border violence, the Rafah crossing between Egypt and Gaza would be opened. Egypt has often kept Rafah closed, sometimes to punish Hamas for suspected collusion with terrorists in Sinai, sometimes at the behest of the Palestinian Authority in Ramallah (which wants to be in control of the crossing).

The Saudi and Egyptian proposal marks out a sensible path forward. Misery in Gaza is not in Israel’s interest. It is as likely to strengthen as to weaken Hamas. The lack of electricity means sewage goes untreated, and when it enters the Mediterranean contaminated waters can spread north to Israel’s ports and beaches. A lack of medical supplies and working hospitals could even some day lead to an epidemic that can cross into Israel, as the Israeli journalist Nahum Barnea has pointed out. The Trump administration understands this point perfectly well, which is why it convened a conference on Gaza in March. Israel, Jordan, Egypt, the UAE, Bahrain, Oman, and Qatar were among the attendees, who also included the EU and eight European countries, Canada, and Japan. Notice who’s missing? The Palestinian Authority, which refused to attend. Misery in Gaza is not President Abbas’s real concern.

U.S. Middle East negotiator Jason Greenblatt said at the conference that politics should be put aside in the search for “realistic and practical solutions” that do not “put the security of Israelis and Egyptians at risk” and “do not inadvertently empower Hamas, which bears responsibility for Gaza’s suffering.”

That’s the right approach, and one the Saudis and Egyptians understand. Perhaps it will be impossible to make progress, but the effort should be pursued—for practical as well as humanitarian reasons.

As with the Arab protests against President Trump’s Jerusalem decision, protests about Gaza are not large and will probably disappear soon. But the problem that Gaza represents to Israel and Egypt will not, so these efforts to figure out a way to avoid more misery without strengthening Hamas should go forward. The Palestinian Authority does not like them and Hamas presumably has very mixed views of them. But for the rest of the world, this path rather than the standard denunciations of Israel and unbalanced UN resolutions makes far more sense. 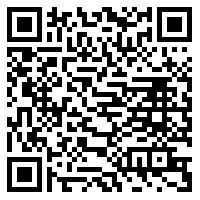