Pro-Israel media watchers have been analyzing the anti-Israel bias in a variety of foreign media for a long time now. Yet in their most extreme fantasies they could not have imagined the recent disclosures in Germany regarding another form of bias: It was revealed that media, police, and politicians acted in collusion to suppress important news items involving Muslim migrant criminality.

These disclosures came in the aftermath of the massive New Year’s Eve assaults on women in Cologne by refugees from Muslim countries. (There were similar attacks in a number of other German cities including Bielefeld and Dortmund.)

Initially, the national identity of the attackers was withheld. It took until January 4 for a leading television station to acknowledge that the main attackers in Cologne were Muslim refugees. This was already known to the police on New Year’s Eve.

It took more than a week for the media to report that mobs of immigrants had also taken part in riots and aggression against women in Bielefeld. In Dortmund there were reports of a mob of about 300 people of foreign appearance. Additional incidents of harassment on a smaller scale were reported in Munich, Frankfurt, Dusseldorf, and Berlin.

In these cases, the information was hidden for a relatively short time. This pales in comparison with later disclosures of deliberate suppression of important information over a much longer duration. On January 16 the police in Dusseldorf conducted a massive raid in the town’s mainly North African Maghreb quarter. The disproportionate number of criminals in that neighborhood has been known for a long time. The police began their analysis and investigation, code-named Casablanca, in June 2014. By November 2015 more than 2,200 young North African suspects had been identified. They had committed nearly 4,000 crimes, including approximately 1,300 thefts.

It also became known that as early as October 2014, leading politicians in North Rhine Westphalia were informed about crimes by groups of North African refugees including theft, drunkenness, and sexual harrassment of women. This was reported in a protocol by the state‘s commission for internal affairs. In the interest of not causing unrest among the population, the information was not made public. This policy, hiding the truth from the public, received support from all the parties across the commission’s political spectrum.

Lothar Hegemann, a veteran Christian Democrat member of the North Rhine Westphalia parliament, said that after Cologne, “for the first time in years one can speak there openly about crimes committed by foreigners, without being immediately insulted and called a rightist.”

Claudia Zimmerman, a freelancer working with the WDR broadcasting service, told a Dutch radio talk-show host that WDR editors had been instructed to report only positive news about refugees in order to support the Merkel government’s policies. She added that this should not be surprising: “We are a public broadcaster. We are paid with tax money. That means we have to express the opinion of the government and not that of the opposition.”

WDR denied the allegations and Zimmerman withdrew her comments, stating she had spoken “total nonsense” due to the pressure of being on a live talk show.

Scandal now heaps upon scandal. A policeman told Germany’s largest daily that he had made out only one warrant against a German citizen in recent months. All others concerned refugees. He had been instructed not to enforce arrest and to allow refugees to flee.

A senior police official in Frankfurt am Main said “There are instructions from the police board of directors not to report publicly crimes committed by refugees. Answers should be given to the media only in response to specific questions.”

This conspiracy of silence on the part of officials and the media was motivated by concerns that if the facts about major criminality of refugees from Muslim countries became known, it would strengthen right wing groups. Whatever the political motivation, it was this prolonged large-scale sound of silence that made the unprecedented criminality of the New Year’s Eve assaults possible.

Israeli policy makers and the rest of us can draw at least two lessons from this. The first is how the media in a major democratic country can suppress crucial news items on an important issue over a long period of time. This virtual across-the-board bias is similar to the general media blackout in force when it comes to the genocidal intentions of Hamas and the many terror attacks perpetrated on Israelis by Palestinians.

The second lesson offers a ready response for Israeli leaders the next time EU representatives reproach Israel for alleged democratic shortcomings. One can refer those representatives to the collusion, in Europe’s largest democracy, of police, press, and media in a conspiracy of silence designed to whitewash the significant levels of criminality among refugees in Germany and elsewhere in Europe. 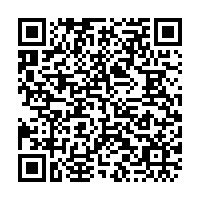