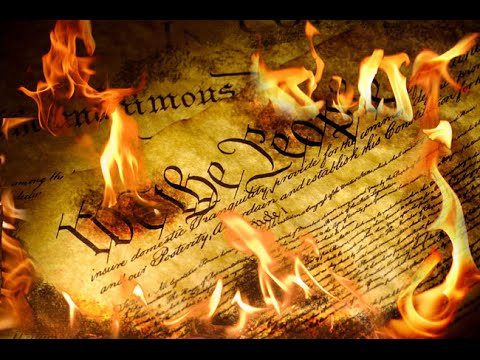 There is a movement afoot to “Get Trump,” at any cost. The goal is to prevent him from running in 2024. Many in this movement are willing to use any means to attain what they believe to be a necessary and admirable goal. “Democracy is at stake,” they claim. They are prepared to sacrifice constitutional rights, civil liberties, principles and the rule of law to stop former President Donald Trump.

This is a familiar argument to me. I fought against it in the 1950s, when decent people who believed that Communism was a grave danger to democracy were willing to trample on the Constitutional rights of alleged communists and fellow travelers, in order to prevent them from destroying our democracy.


Although back then the fear was more exaggerated than it may be now, there was genuine concern about the increasing influence of communism throughout the world. The Soviet Union controlled all of Eastern Europe and was making inroads in Central Europe and Latin America. Communists controlled China. Nikita Khrushchev boasted “We will bury you.” There was concern, albeit exaggerated, about the influence of communism in the American media, academia, and government bureaucracies. McCarthyism was intended to rout out these communists and to prevent the spread of their anti-democratic agenda. McCarthyites, and even some moderates, were prepared to trash the Constitution in order to achieve what they regarded as a noble pro-democracy goal.

Today the fear is Trumpism. Many of my friends on the left fear it as much as many on the right feared communism in the 1950s. And they may have a point. But not enough of a point to destroy a century of progress in civil liberties, free speech, due process, and the rule of law. Articles are now frequently appearing in the mainstream media demanding compromises with important rights in the name of “Getting Trump.” Sam Harris essentially said he was willing to break democracy to save democracy. His dangerous words speak for the actions of many on the hard left. My former colleague Laurence Tribe, who taught constitutional law for half a century, now seems willing to weaponize the Constitution to serve his partisan end of “Getting Trump.” Incredibly, he has advocated prosecuting Trump for the “attempted murder” of then Vice President Mike Pence. To do so would require retroactively and unconstitutionally expanding the law of attempts to fit Trump’s ill-advised actions and inactions with regard to Pence. But apparently, that doesn’t matter to Tribe and his followers who care more about achieving their “noble” ends than they do about the ignoble means they are willing to employ.

Leftists who railed against the breadth of the Espionage Act of 1917 now want to expand it to cover Trump’s alleged misconduct. The ACLU, which has long objected to the overuse of search warrants instead of subpoenas, is silent about the search of Mar-a-Lago. As long as the goal is to get Trump, anything goes, including hypocrisy, inconstancy, and unconstitutionality.

A scene from the film “A Man for All Seasons” well illustrates the current debate:

William Roper: “So, now you give the Devil the benefit of law!”

Sir Thomas More: “Yes! What would you do? Cut a great road through the law to get after the Devil?”

William Roper: “Yes, I’d cut down every law in England to do that!”

Sir Thomas More: “Oh? And when the last law was down, and the Devil turned ’round on you, where would you hide, Roper, the laws all being flat? This country is planted thick with laws, from coast to coast, Man’s laws, not God’s! And if you cut them down, and you’re just the man to do it, do you really think you could stand upright in the winds that would blow then? Yes, I’d give the Devil benefit of law, for my own safety’s sake!”

Today on the left, there are more Ropers than Mores. Today’s devil is Trump, and today’s Ropers are willing to “cut a great road through the law to get after [today’s] devil.” Like More, I would give everyone “the benefit of law,” but not only “for my own safety’s sake,” but for the sake of future generations. Once the Constitution and civil liberties are “cut down,” it is difficult to regrow them and the “winds that would blow them” might prevent us from “standing upright” against new tyrannies from the extreme left and right.

There is a legitimate way to stop Trump from being elected in 2024, just as he was not elected in 2020: a fair election defeated him once, and it can do so again – without cutting down the Constitution and weakening the rule of law. But it will take hard work, not unconstitutional shortcuts.

I voted against Trump twice. If he is renominated, I plan to vote against him a third time. That is my right in a democracy, just as it is the right of Trump supporters to vote for him. This important right should not be taken away by unconstitutional means, even if the result were to be the unlikely re-election of Trump. That is the price of democracy. 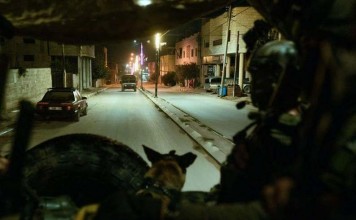