Military correspondents have reported that in the IDF General Staff’s assessment, it is doubtful whether expanding offensive activity—however successful—can cause Tehran to renounce its vision and its ambitions in Syria. The Iranian regime and the Islamic Revolutionary Guards Corp (IRGC) are driven by an expansionist Islamist ideology. The constraints of reality are certainly forcing them to make changes and adapt to circumstances, but that is not the same as forsaking their imperialist vision.

A historical perspective is needed here.

Having been enjoined to make sweeping cuts in its order of battle in the wake of Israel’s War of Independence, the IDF found it difficult to find a workable solution to the fedayeen terrorism of the early 1950s. With the forming of commando Unit 101 and its merging with the Paratroopers Brigade under the leadership of Chief of Staff Moshe Dayan, a concept of retaliation gradually developed as a response to this problem. It quickly transpired, however, that despite a string of operational successes, the approach did not bring about a real decline in fedayeen terror.

The Israeli government was perplexed—but Dayan, with his quintessential creativity, reinterpreted the logic of the retaliation operations and posed a different systemic objective for them. Identifying the gap between the tactical aspects of the operations and their strategic significance, he introduced a groundbreaking conceptual framework that gave renewed relevance to the retaliatory actions.

Although the deterrence of fedayeen terrorism continued to be the immediate rationale behind the retaliation policy, it was oriented toward a wider objective: positioning Israel and its military prowess in the evolving regional and international system. In Dayan’s words: “Our victories and our failures in small battles along and across the border are of great importance. Not only because of their direct effect on day-to-day security, but also because of their impact on how the Arabs assess Israel’s power and Israel’s belief in its power.”

In that way, a strategic framework was created that was open to regional developments in anticipation of two possible courses of action: either the ongoing retaliatory strikes would gradually curtail the terror, or they would lead to war and a new regional order. Meanwhile, by taking the opportunity to undertake operational friction with the regular forces of Egypt, Jordan, and Syria, the IDF built up its capability and established an awareness of that capability in the eyes of both the enemy and the international arena. The quality of the IDF’s performance in these operations undoubtedly contributed to the eventual collaboration with France and Britain in the 1956 Sinai Campaign.

Applying Dayan’s thinking to today’s strategic context, the fighting against Iranian forces in Syria, especially on the Golan border, can be viewed as a means of initiating a clash with those forces out of a defensive motive rather than a direct interest in a full-fledged war.

Having the audacity to use force, especially in a situation that hovers on the very real threshold of war, does entail the risk of escalation, but also holds the potential to give Israel a prominent role in the crystallizing anti-Iran regional coalition. The objective of such a clash would be to showcase Israel’s operational superiority by proving its military capability and strategic daring, thereby making clear that Jerusalem does not fear a military conflict in defense of its vital interests.

A goal of that kind, in the spirit of Dayan’s conceptualization and in contrast to Bennett’s clear-cut and closed formulation, can manage unforeseen and uncontrollable developments. Therein lies its special nature as an achievable strategic objective. 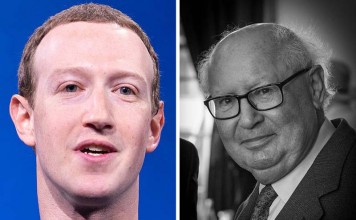