It is an accepted truism amongst certain intellectual circles and their followers that nationalism is the root of all evil in humanity. Abolish nation-states – and the world will be one. Although in theory, in the very long run (shall we say Messianic run?) there is certainly more than a grain of truth in this theory, in the sense that ultimately all humanity will feel part of one family (as opposed to nation-states or races) – yet in the short and intermediate turn this is more a formula for chaos and a lessening of the quality of life rather than otherwise. Just as you cannot teach children calculus before they have mastered division and the quadratic equation, so too you cannot start fixing the world by abolishing nation-states. It should suffice the non-indoctrinated observer to see what is happening in Libya or Somalia, in failed states, in order to understand that there are far worse things in the world than the nation-state. Even without a state people can act in a “dog-eat-dog” manner, as individuals or as tribes.

A curious adjunct to the anti-nation-state theory is the parallel and contradictory belief that some groups should have a state, despite its evils, while others have no such rights. I mean specifically that there are people (usually with some or many anti-Jewish genes, even if they happen to have been born Jews) who deny and decry the Jewish people the right to self-determination while at the same time serve as proponents and propagandists for what is termed “Palestinian” self-determination. This of course is clearly a distortion of truth and history, as there has been a real Jewish nation for almost three and a half millennia while there has never been a so-called Palestinian state or collective at any time in history.

That position isn’t so surprising; anti-Jewish feelings have always found some slim rationalization for what is in reality a base hatred. Yet what should be setting off alarm bells and warning lights is the position of most of the world (again with the Jewish state excluded) against Kurdish self-determination in an independent state to be known as Kurdistan.
Advertisement


This is a sadly discomforting attitude, because the Kurdish people are after all a real people who have a real history, a real heritage, a real language, live in a specified area and have always had a strong sense of self-identification. Why are there not students for Kurdish justice marching on Western campuses demonstrating for a free Kurdistan? Why don’t all those countries, like the Europeans, who regularly condemn and deny Jewish rights, while touting the false “rights” of some Arabs to establish a state that never was in a land that never was theirs but belonged to the Jews – why don’t they support a free and independent Kurdistan, if the Kurds so choose in a free and democratic referendum?

Who opposes Kurdish independence the most? There are the Turks, who have a sizable Kurdish minority that are regularly persecuted. Turkey is the rump state of a now-defunct empire, the Ottoman Empire, which zealously attempts to stamp out the identity and cultural autonomy of its minorities. They don’t want an independent Kurdistan because they wish to continue ruling over the Kurds and their lands.

Iran – the rump state of the Persian Empire that even today – as Turkey – rules over minorities that are not Persian, including Kurds. They too have imperial dreams in the Middle East and eventually the entire world. They are also against giving the Kurds their freedom.

I would like to see justice done for the Kurds. They have done the bulk of the fighting against ISIS, against tyranny, for freedom and decency. The time for a free and independent Kurdistan has come. 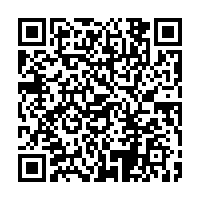