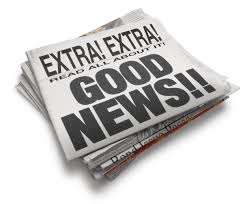 At this time of year-end recollections, we cannot forget that anti-Semitism has reached historic levels this year, including attacks on Jews in the streets of Boston, New York, Los Angeles and Southern Florida. But the year has not been entirely bleak. There has been good news. The fight against anti-Semitism is also surging. For those who seek silver linings in the dark clouds that gather, here are 10 positives from 2021.

I know, this sounds like bad news. The Anti-Defamation League, American Jewish Committee, Hillel International and my own Louis D. Brandeis Center published reports confirming that anti-Semitism is spiking and that Jewish Americans often feel the need to hide their identity for fear of attack. But the fact that we’re now doing better research is positive. We now know, for example, that two thirds of American Jews have encountered anti-Semitism over the past five years. (And we can wonder where the other third have been hiding.) Such data spurs action.

In January, the European Commission published a Handbook for using the International Holocaust Remembrance Alliance’s crucial Working Definition of anti-Semitism. This important publication demonstrated both the IHRA definition’s widespread international support, despite persistent naysayers, and its practical usefulness. The Commission followed up later in the year, announcing its first-ever official strategy on combating anti-Semitism and fostering Jewish life. One can only hope that the United States will also one day develop a national strategy.

In February, State Department official Kara McDonald announced the Biden administration’s support for the “invaluable” IHRA definition and its “real-world examples,” similar to the support that the definition has received from the last few administrations. U.S. Secretary of State Antony Blinken confirmed that the administration “enthusiastically embraces” the definition. The White House followed up with an important if barely noticed provision in its Spring 2021 Unified Agenda, committing the U.S. Education Department to codifying President Trump’s Executive Order on Combating Anti-Semitism. In other words, the Biden administration is committed not only to embracing IHRA but also to implementing it.

In February, Tufts University student government leader Max Price notched a rare but important victory against anti-Zionism, defeating an effort by Students for Justice in Palestine to impeach him and remove him from office. An SJP complaint against Price had accused Israel and its Jewish supporters of fueling racist American law enforcement. SJP withdrew its complaint after Price, defended by the Brandeis Center, exposed the organization for its anti-Semitism and informed the university of its legal obligation to intervene. Price has urged further action to address anti-Semitism, but commented, “I am relieved that my Judaism is no longer on trial.” As anti-Zionist organizations increasingly target individual Jewish student leaders for marginalization and exclusion, this case provides a roadmap for how Jewish students can prevail.

More than I have ever seen before, Jewish students (like Max Price) are entering the fight against anti-Semitism. In March, George Washington University junior Blake Flayton announced the formation of a new national organization, the New Zionist Congress, to “advocate for Jewish people, not only in the United States, but everywhere in the world.” Similarly, University of Chicago sophomore Julia Jassey formed Jewish on Campus, which is fighting anti-Semitism on college campuses nationwide. Younger students are making their voices heard. High school student Zachary Singerman formed Gen Z Jews to call his generation to the fight.

In July, the U.S. Commission on Civil Rights issued a statement condemning anti-Jewish violence following the May conflict between Israel and Gaza. The last time the panel used such bold language to condemn anti-Semitism, I was the Commission’s director and Saddam Hussein had just been pulled out of his rat-hole. This time the Commission thundered, in words strong enough to send today’s haters back into their rat-holes, “anti-Semitic bigotry disguised as anti-Zionism is no less morally deplorable than any other form of hate.”

In September, a record 38 nations boycotted the United Nations’ conference marking the 20th anniversary of the World Conference Against Racism in Durban, South Africa. They withdrew because of the blatant anti-Semitism and anti-Zionism at the 2001 event. The good news is that many nations, including the United States, are refusing to participate in the worst international celebrations of anti-Semitism. The question is when they will recognize how common anti-Semitism has become in domestic anti-racism programs as well.

In October, in advance of the Malmö International Forum on Holocaust Remembrance and Combating Antisemitism, left-wing academics failed spectacularly in their efforts to derail the IHRA definition in favor of the controversial “Jerusalem” declaration. The latter statement has been criticized for accommodating, rather than challenging, what has been called “the new anti-Semitism.” For their efforts, the critics saw Australian Prime Minister Scott Morrison use the occasion to announce that his country would become the thirtieth country to formally embrace IHRA, just weeks after Madrid joined the growing list of governments providing bi-partisan or multi-party support for the measure.

In November, a Virginia federal jury found the primary organizers of the 2017 “Unite the Right” rally liable under state law for injuries to counter-protesters, awarding more than $25 million in damages. The Charlottesville, Virginia, march had begun as a demonstration against the removal of a Confederate statue. Alt-right protesters chanted “Jews will not replace us.” One defendant struck counter-protester Heather Heyer with a car, killing her. The verdict underscores that law is an indispensable tool to fight anti-Semitism on the right as well as on the left.

During the eight nights of Hanukkah, dozens of Jewish organizations (including mine) collaborated to “Shine a Light” on anti-Semitism. This theme was woven through activities ranging from the Times Square candle-lighting to billboards to gubernatorial visits and mayoral addresses. The initiative’s policy goals included urging corporations to include anti-Semitism education in their Diversity, Equity and Inclusion programs, and convincing governments to follow the Biden administration in adopting the IHRA working definition of anti-Semitism. Now we can only hope that a little of this Hanukkah light extends still further, as we continue in the coming year to battle against the darkness.

What we should take from this is that we are coming out of a difficult year with quite a few successes to show from it. There is greater public awareness of anti-Semitism now than there was a year ago. At the United Nations, dozens of nations refused to participate in the anti-Semitic Durban commemoration. In Europe, much progress is being made toward using the IHRA definition more widely and consistently. In the United States, the Biden administration is promising to use similar tools, much as the prior Obama, Bush and Trump administrations had done. On college campuses, new student voices are being heard. When necessary, legal tools are being used to defeat anti-Semitism from both left and right.