The rule of law requires that Governor Andrew Cuomo (D-NY) be accorded the opportunity to challenge the serious allegations made against him in a report commissioned by New York State Attorney General Letitia James. The report and its conclusions are based on a one-sided investigation that does not include cross examination or other truth-testing mechanisms that are essential to due process.

The allegations in the report fall into three distinct, if somewhat overlapping, categories.


The first and most serious are allegations which, if true, might well warrant criminal investigation and prosecution. An anonymous accuser has alleged that Cuomo put his hand under her blouse and inappropriately cupped her breast without consent; if true, this would constitute a crime. But this serious accuser remains anonymous, and Cuomo must be presumed innocent of this charge until proven guilty in a court of law. The same is true of other serious charges of nonconsensual physical touching. Cuomo has categorically denied all of these charges and, until the contrary is proved, he must be presumed innocent of the serious charges in the first category.

The second category, which Cuomo has not specifically denied, involves the atmosphere and culture surrounding his governorship. These allegations also are serious, but are not criminal; they involve civil complaints of sexual harassment. These, too, require due process evaluation. If true, they would give rise to civil liability.

The third category is extremely dangerous to civil liberties and could seriously undercut the credibility of the report as a whole. It alleges that Cuomo “looked” at women in a creepy way, focusing on particular parts of their body and looking them up and down. This is neither a crime nor a tort, nor is it subject to proof or disproof. It is literally in the eye of the beholder and the beholden. It does not belong in a serious report about possible criminal and harassment behavior. Its inclusion demonstrates potential bias by the investigators, the attorney general, and perhaps some of Cuomo’s accusers. If every man (or woman) who looked at members of the opposite sex in the manner described by the report warranted official condemnation, we would live in a society with very few uncondemned people. The government should not be telling people who or what to look at. Looking is different from touching, although the #MeToo movement sometimes fails to distinguish among levels of conduct that some find unacceptable while others find common, if not necessarily virtuous.

In evaluating the allegations against Cuomo, these distinctions must be kept in mind. That is true whether the issue is criminal or civil liability, or impeachable conduct. Conflating very different types of accusation is dangerous to civil liberties and to the rule of law.

Without making these distinctions, however, numerous politicians have now piled on against Cuomo. This is all too typical of our current culture, in which it is politically incorrect to demand application of the rule of law to accusations of sexual misconduct. The rule of law has been replaced by a rule-unbound attitude which demands that all women be believed, uncritically and without due process. In the case of Cuomo, it is impossible to disprove some of the allegations made against him — but neither is it possible to prove them.

Our system of justice places the burden of proof on accusers, regardless of gender. It would be unconstitutional to prefer accusations made by one gender or group over denials made by another. In order to protect everyone, our legal system must be gender-neutral, politically neutral, and ideologically neutral. “Facts are stubborn things,” as John Adams argued a quarter of a millennium ago. The rule of law requires that we subject all factual allegations to tried-and-true historic mechanisms for determining the truth. This may seem old-fashioned to those radicals who believe their ideology gives them access to The Truth, without the need for process or proof — but our old-fashioned Constitution has served us well to counteract the excesses of both the radical right and the radical left.

The Cuomo case is only the visible tip of a deep and disturbing iceberg that endangers our ship of state. We must not allow gender bias, political bias or ideological bias — no matter which side it emanates from or benefits — to undercut the rule of law and our historic commitment to due process which goes back to the Magna Carta, and which has kept our ship of state afloat since 1776.

So, let the investigations of Gov. Cuomo go forward — so long as he is accorded the right to confront, cross examine and challenge his accusers, as anyone accused of wrongdoing should be. 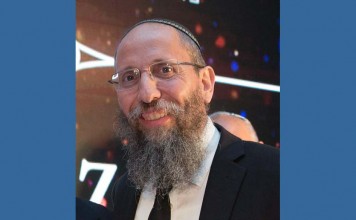