One of the assumptions of the formation of the new government was that its current makeup would not be able to survive major security incidents. The coalition understands that, and so does the Opposition, of course. When the events that led to Operation Guardian of the Walls in May 2021 began, the mandate to form a government was in Yair Lapid’s hands and the negotiations to form the Bennett-Lapid government were under way. But events put everything on hold, at least as far as appearances went. Talks only began again once the operation was over.

Bennett realized the public wouldn’t accept a government that included Ra’am and the far-left parties, not even those who wanted to see Benjamin Netanyahu go home.  Bennett seems to realize that now, too. Therefore, the government is handling the new-old terrorism with one hand tied behind its back, if not two. The past few days have reminded many Israelis of the Oslo era – leaders detached from reality who hold peace summits while in the cities of Israel people are trying to slaughter Jews (and even non-Jewish citizens pay the price). The Arab murderers have always known when Israel is showing weakness and when it shows strength, and lift their heads and duck accordingly.

There can be no solution without defining the problem, and with the current government, that is where the disagreements begin. More than half of its members think that the current security situation is the result of a years-long social situation – oppression, discrimination, occupation, and all they bring. Tell them where an Arab terrorist comes from, and they’ll give you a detailed explanation of their motives and reasons for their actions. Unfortunately, a terrorist with an Israeli ID card is not the same as a terrorist from the West Bank. In their complex souls, terrorism has many faces, and there is no sweeping solution for everyone.

Until the current wave, and maybe even now, a few very high-ranking ministers thought that the acute, most threatening violence that needed to be addressed was violence by settlers. And when Public Security Minister Omer Barlev stressed that a few weeks ago to the US undersecretary of state, it’s no wonder that reached the secretary of state himself, who made a point of emphasizing the issue when he spoke to Prime Minister Naftali Bennett, who listened and opted to remain silent.

Bennett, for his own part, might have wanted to convene the cabinet and decide on a series of offensive, deterrent steps to nip the new wave in the bud, but what steps can a cabinet like this actually take, when most of the ministers think like Barlev and party leaders like Nitzan Horowitz and Meirav Michaeli believe that the IDF is too aggressive and police are too quick to shoot, and when the deputy defense minister feels that it is urgent to say on the evening of a terrorist attack that “Israel made a serious mistake in discriminating against the Bedouin sector.

Only a minority of the ministers realize that the opposite is true – that the army is soft and the police are ineffectual. If there were failures of intelligence, the system will know about them eventually (along with the fact that the Shin Bet security agency and Israel’s other intelligence branches have thwarted and continue to thwart dozens of terrorist attacks nearly every day). The security establishment knows how to question itself, but when it comes to deterrence, a massive security presence, loosening the rules about when security forces are allowed to fire their weapons, and a zero-tolerance policy for Islamist terrorism and violence – there are not enough votes in the cabinet. Therefore, it is an entity that has become irrelevant and unimportant. And this is without touching on another partner, Ra’am, which in an instant will drop its condemnations and expressions of tolerance from the last few days and drop out, slamming the door behind it. Bennett’s declaration that this is a wave of Arab terrorism that will be put down with a strong hand is also unimportant and irrelevant. Apart from tossing around empty words, he can’t do anything.

What will he do? Instruct the public security minister to be more aggressive? He belongs to the “Jews are at fault” camp. Or will he order the defense minister to take action? The two barely talk. As for the rest of the coalition partners and coalition party leaders, they have nothing in common with Bennett on these issues. The Labor party and other left-wing parties used to be familiar with defense and security matters, but those days are gone. 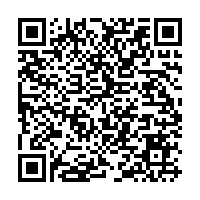