The first installment in this saga, “Haaretz violates the rules of good journalism again,” published by The Jewish Press December 9, was my letter to the editor at Haaretz, rebuking him for a Gideon levy article subtitled: “Shimon Peres and Benjamin Netanyahu have no right to eulogize Nelson Mandela.”

Levy falsely alleged that Israel was “virtually the only country that collaborated with that evil regime.” It is disgraceful that he recklessly propagated this damaging canard in violation of clause 5 of the Israel Press rules that states unambiguously: “Prior to the publication of any item, the newspaper and the journalist shall check the accuracy thereof with the most reliable source and with the caution appropriate to the circumstances of the case.” (Check the article for the full text.)


Monday, Dec. 9, I received this response:

Thank you your detailed letter. Unfortunately, you have misfired.

Shimon Peres was Minister of Defense when the South African premier visited, and actively participated in hosting him. Please see the attached photograph from Haaretz front page of April 10, 1976. It shows PM Rabin and Peres with the South African PM.

So what if other countries entertained Mr. Vorster, who had been detained during WWII for his pro-German sympathies and anti-Allies activity, and remained a racist and one of the architects of apartheid.

Israel did have special relations and cooperation with the apartheid regime, an alliance that was not based on trade but on military, strategic and political (and according to foreign sources, including South African ones, also nuclear) mutual interests.

I see that you did not wait more than three hours for our reply before publishing your unfounded criticism and accusations, but sure, you are not a journalist and therefore are not bound by the ethics code that mandates fact-checking before publishing.

Thank you for your prompt and considered response. I appreciate it.

If by “misfired” you mean that the facts I stated are incorrect, I respectfully disagree.

You can’t be serious in using the logical fallacy of guilt by association, inferring that a photo of Peres with Rabin and Vorster justifies Levy’s declaration that Shimon Peres and Benjamin Netanyahu have no right to eulogize Nelson Mandela.

Yes, Peres was Minister of Defense when Rabin hosted Vorster, but how do you connect the dots in reaching the conclusion that because Peres met with Vorster and Rabin he has no right to express admiration of Mandela? Does this conclusion apply only to Peres or also to Rabin and all who accompanied him when he was with Vorster? And more interestingly, does it apply to the Christian mayor of Bethlehem, Elia Freij, who welcomed Vorster and showed him the manger in which the infant Jesus lay?

If you apply the reasoning that Peres is tainted by indirectly hosting Vorster, then Levy would be more directly tainted by his association with Arafat. In an April 28, 2009 Haaretz article, Gideon Levy tells how he dined with Arafat, who is regarded by many as the father of modern terrorism, involving Black September with its hijackings and violence in Jordan, hundreds of terror acts including the 1972 murder of Israeli athletes in Munich, the 1985 hijacking of the Achille Lauro and the throwing overboard of wheelchair-bound Klinghoffer, as well as Arafat’s siphoning of hundreds of millions of dollars from the Palestinian people.

You ask, “So what if other countries entertained Mr. Vorster?” Do I really need to explain that if a balanced standard were applied, then by Levy’s reasoning none of the leaders of the many democracies that hosted Malan, Vorster and Botha would have a right to eulogize Mandela—a classic example of reductio ad absurdum? It is this recurring, propaganda-like insinuation of a sinister meaning only to events in Israel that are considered unremarkable when occurring in other countries that is objectionable.

By the way, I did not publish my letter to you in the media as I have been awaiting your response so that it could be published together with mine. I did however send copies to my mailing list and it appears that someone passed it on to an online publication which published it without my knowledge..

Thank you for you response.

I have refuted your claims that Levy’s article contained factual errors.

Now your claims concentrate on opinions. These are Levy’s opinions, and he has the right to express them.

We are not in the business of censoring opinions.

By the way, there was a period when Israel was the only country that refused to respect the UN sanctions on South Africa, as even a defender of Israel’s policy confirms (see Why Israel supported South Africa’s apartheid regime).

Sending a text to a mailing list is nowadays the equivalent of publishing it, as you should have known, and if you did not – now you certainly do.

Thank you for your email. Unfortunately, it doesn’t address the gist of my email to you. For example, it ignores my request for an explanation of how Peres’ accompanying Rabin and Vorster justifies Levy’s declaration: “Shimon Peres and Benjamin Netanyahu have no right to eulogize Nelson Mandela,” and my question whether you apply the same reasoning to the others who hosted Vorster that I named.

The article by Avi Shilon to which you refer supports my argument. He wrote that describing Israel as a friend of the apartheid regime is flawed and simplistic.

Shilon does not support Levy’s claim that Israel is virtually THE ONLY country that collaborated with the apartheid regime. He says it was the only WESTERN country that in 1986 did not take part in sanctions, and even this is incorrect. Factually, when economic sanctions were imposed in 1986, Germany and Britain merely made recommendations and imposed no binding sanctions. Switzerland rejected sanctions, and Margaret Thatcher actively opposed sanctions, as did Ronald Reagan.

The non-profit Khulumani Support Group filed claims against dozens of major international companies in 2002 for having aided and abetted apartheid. They include Barclays, Citibank and Deutsche Bank and oil companies Total, BP, Engen and Shell, among others who violated the embargoes (none from Israel). Also sued were car manufacturers such as Daimler, who supplied armored vehicles, knowing they would be used in repressive activities in the townships and arms manufacturers. Apartheid’s four main credit lenders were the U.S., Germany, Switzerland and the U.K. German net capital export to South Africa between 1985 and 1993 amounted to $2.13 billion. SIPRI reports that the largest suppliers of arms to South Africa were France, U.K., U.S.A. and West Germany

Allow me to emphasize that I advocate honest criticism of Israel. I am proud of Israel’s free press and I believe that criticism of government is not only healthy, but essential for democracy. However, while I don’t expect objectivity, press freedom must always be subject to accuracy, fairness and accountability. The disproportionate singling out of Israel and insinuation of sinister meanings to events in Israel that are considered unremarkable when occurring in other countries, violates the basics of ethical reporting.

In view of the above, I REPEAT MY CHALLENGE to you to prove that Levy’s statement that Israel was virtually the only country that collaborated with the apartheid regime is accurate. I am not, as you suggest, concerned with Levy’s opinions. He clearly stated this as a fact, not an opinion. He wrote: “Why was Israel virtually the only country that collaborated with that evil regime.” Virtually is defined by Merriam-Webster as almost entirely or for all practical purposes.

Your replies will be published together with my emails.

Editorial note: JewishPress.com was initially requested to hold off publishing until the Haaretz response arrives. But, seeing as this was not happening, Mr. Ostroff requested that we publish the article, with the intent to add Haaretz’s response should it arrive. 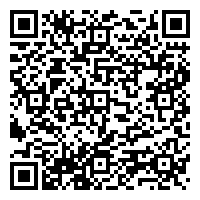