Hamas has sent threatening yet vague messages in recent weeks about what might happen if Israel applies sovereignty to some West Bank areas.


Hamas spokesman Abu Obeida said on June 25 that Israel would “regret” the application of sovereignty, which would constitute a “declaration of war.” That message was backed up by an apparent show of force on June 30 when Hamas fired a volley of rockets into the Mediterranean Sea.

“We won’t talk much, and we won’t make more statements,” Abu Obeida said. “We say in words that are limited and clear and which the occupation and those who stand behind it need to understand very well: The resistance considers this decision a declaration of war on our Palestinian people.”

Abu Obeida also provided a timely reminder of Hamas’s core ideological vision of destroying Israel and replacing it with an Islamist state, stating that the “project of the resistance was to remove the occupation from all the lands of historic Palestine.”

His statements reflect the fact that the Hamas leadership in Gaza is still weighing its options over how to respond should Israel choose to apply sovereignty to parts of the West Bank. In the meantime, the organization continues to use Gaza as a base to raise a terror army, build up its rocket arsenal, and plot to increase its presence in the West Bank.

The Israeli government is divided over how to proceed on the issue. DM and Alternate PM Benny Gantz wants to delay the application of sovereignty due to the coronavirus pandemic and its economic fallout, expressing a desire to generate a regional diplomatic process. As a result, a timetable or a clear indication of the scope of the move remains unclear.

Still, Hamas sees the possibility of an Israeli application of sovereignty over parts of the Jordan Valley as a new opportunity to promote its brand of violence and terrorism.

Hamas seeks to undermine its arch rival, the Fatah-run Palestinian Authority (PA) in the West Bank, which it wishes to topple and replace. Tensions over the sovereignty issue could offer Hamas a new chance to promote that objective. In an unprecedented step, the PA froze security coordination with Israel in May over the sovereignty tensions. This works in Hamas’s favor, as Israel and the PA have a shared interest in repressing Hamas’s armed activities in the West Bank.

Hamas can be expected to try to activate terror cells in the West Bank, which it works around the clock to build, and which Israel’s intelligence agency, the Shin Bet, is equally determined to dismantle in time.

To get a sense of the scope of these activities, it is worth noting that Israeli security forces thwarted more than 500 significant terror attacks in 2019, most of them organized by Hamas. These included planned suicide bombings and shootings in Israeli cities, as well as attempted kidnappings and the planting of explosives. Hamas also maintains a headquarters in Turkey where it orchestrates West Bank terror squads and channels money for operations, according to the Meir Amit Intelligence and Terrorism Information Center.

One recent example of such activity is the Hamas cell that the Shin Bet arrested in March. It planned to plant explosives in Jerusalem’s Teddy soccer stadium to be detonated during a game, creating a mass casualty attack on civilians. The cell received funding from a Hamas operative who was in touch with the organization’s military wing, according to the Shin Bet.

Activating terror cells remotely in the West Bank has always been a more convenient path for Hamas to realize its jihadist ideology, because it poses less of a threat to its regime in Gaza.

Yet the possibility of a simultaneous escalation in both the West Bank and Gaza remains real. Hamas has assembled a well-armed terror army in Gaza, equipped with tens of thousands of rockets, anti-tank guided missile launchers, mortar launchers, and other weapons. A network of tunnels runs under the Gaza Strip for the movement of Hamas terrorists, and residential buildings double as military command centers and rocket launch sites. Hamas continues to prioritize its force buildup program over the wellbeing of the Gazan people.

Hamas copied its warfare doctrine, which is based on the principle of operating from within the civilian population and thereby exploiting that population as human shields, from Hezbollah, adapting it to Gazan conditions. The two organizations cooperate on a number of levels.

Israeli leaders have warned Hamas that its leaders would personally pay the price for an escalation in Gaza. Gantz has warned that the IDF would resume targeted assassinations in such a scenario.

“To the heads of the Hamas, I remind them that they will be the first to pay for any aggression,” Gantz said in a recent speech to Israeli Air Force flight academy graduates. “The IDF is the strongest military in the region, and any harm that will affect Israeli civilians will claim a powerful and painful price. We will not tolerate any threat on Israel’s borders.”

The IDF has been preparing for a broad range of scenarios involving reactions to the application of sovereignty, one of which includes a simultaneous escalation of violence in both Gaza and the West Bank.

Officials believe that Hamas leader Yahya Sinwar does not have an interest in initiating a new all-out war with Israel at this time. He appears more interested in pursuing an arrangement with Israel aimed at rescuing the Gazan economy from collapse and decreasing the possibility of a revolt within the Strip due to the dire economic situation of Gazans living under Hamas rule.

A new conflict with Israel not only eliminates any hope for that kind of arrangement, but would also result in Israeli firepower destroying Hamas’s military assets and commanders and renewing damage to Gaza’s neighborhoods with little for Hamas to show for it. But Hamas and other armed Islamist factions in Gaza also fear that they cannot afford to be seen to be sitting passively on the sidelines in the face of the application of sovereignty. Their ideology of armed conflict, and their desire to maintain “street credibility” as rejectionist factions committed to Israel’s destruction, means they don’t have the option of doing nothing.

One option at Sinwar’s disposal is to allow smaller terror groups in Gaza to fire rockets at Israeli civilians. That is what appears to have happened on June 27, when terrorists in Gaza, possibly from Palestinian Islamic Jihad, fired two rockets that exploded in southern Israel, setting off warning sirens. The rockets landed in an open area, causing no injuries. Israel retaliated with air strikes within hours, targeting a Hamas rocket manufacturing workshop and a weapons manufacturing facility in Gaza.

Hamas is well aware of Israel’s military power and the lack of any tangible gains a new conflict could bring. But deterrence is no guarantee against a snowballing conflict that might begin with the actions of the Iranian-backed Palestinian Islamic Jihad, an organization that has plunged Gaza into clashes with Israel repeatedly.

Against the backdrop of these tensions, Qatar recently began distributing
$30 million in aid payments to Gazans. Previously, Hamas threatened to end the recent period of calm if Israel did not allow Qatari aid money to reach Gaza. In addition, a balloon carrying an explosive was found in southern Israel near the Gazan border in mid-June after a lengthy period in which such attacks had ceased. In 2019, fires caused by such balloons burned over 350 acres of farmland, and in 2018, 8,400 acres of farmland were ravaged by fires sparked by Gazan incendiary balloons.

In light of these threats, the Israeli Defense Ministry has in recent weeks assembled a multi-disciplinary team to prepare for a number of operational scenarios that could unfold in the West Bank and Gaza.

The explosiveness of the area was reflected in comments by IDF Chief of Staff Lt. Gen. Aviv Kochavi, who, while addressing soldiers taking part in a drill in northern Israel on June 23, stated: “From what I see here, the level of combat is good and it is naturally directed at the central combat arena—the north and Hezbollah, and Hamas and Palestinian Islamic Jihad in the Gaza Strip. You could find yourselves in a few weeks in Judea and Samaria [the West Bank] because of disturbances and terrorism. You must be flexible. Be prepared. The coming events could develop into conflict in Gaza.” 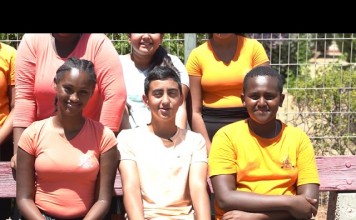