My wife, Layala, and I had the good fortune to visit Israel this summer to attend a nephew’s wedding. Beforehand, I was in touch with a highly regarded Israeli organization known as Yashar Lachayal (Direct to the Soldier) to see how we might be able to support Israel’s brave troops during our visit.

Yashar Lachayal’s mission is to bring soldiers in the Israel Defense Forces what they need, when they need it. Its representatives visit IDF bases throughout Israel to learn about the actual needs of soldiers. Once it determines what’s lacking, Yashar Lechayal sets out to fill the gap.

I contacted Yashar Lechayal to ask how Kesher Israel Congregation could help and received the following response:

Summer in Israel is extremely hot and dry, and soldiers throughout the country are outdoors for extended periods of time in the sun and heat. It is imperative that soldiers stay hydrated at all times. Water backpacks, known as shlukkerim in Hebrew, keep the water cool and have handy drinking spouts, making the water easier to carry and more accessible than the standard canteen. Thousands have been distributed, and the response from soldiers and officers alike has been incredible.

Yashar Lechayal told me of an infantry unit in need of 120 of these hydration packs (at a cost of $22 each). Due to the funding the organization has received, 100 percent of the money we would raise would go toward these much-needed hydration packs.

I am proud to report that Kesher Israel rose to the challenge and together we raised the necessary funds.

On Sunday, August 2, Layala and I had a meaningful, eye-opening experience we won’t soon forget. Yashar Lachayal’s director, Leon Blankrot, picked us up in Jerusalem – his car brimming with 120 hydration packs – and we set out for the training base of the IDF’s Nahal Infantry Brigade.

The hour-plus drive to the base (near the city of Arad in Southern Israel) proved extremely informative, as Leon had a wealth of information regarding the needs of the IDF’s young combat soldiers.

The topography changed drastically as we left the hills of the Hebron area and we soon found ourselves at a large military training camp in the middle of the incredibly hot desert. Layala and I were shown around the base, saw different groups of soldiers in various stages of training, and got a good feel for the Spartan living conditions at an IDF desert training base.

An infantry unit in the midst of training was soon assembled. I told them how much we appreciate them and how we pray for their welfare each Shabbos at Kesher Israel, and then Layala and I handed out the KI-sponsored hydration packs.

I cannot adequately describe the sense of appreciation those young soldiers exuded after receiving this collective hug from faraway Harrisburg, Pennsylvania. They all smiled and nodded in recognition when I told them in Hebrew that our shul is near Hershey (where all those great-tasting chocolates come from).

The soldiers and their officers treated us like VIPs. They shared refreshments with us in the officers’ dining hall and we were given the opportunity to experience the brigade’s high-tech video combat simulator.

As I told the IDF infantry unit we met, each Shabbos at Kesher Israel we recite a special prayer asking God to look after Israel’s brave soldiers. Together with Yashar Lachayal, KI was blessed with an opportunity to partner with God in what we ask Him to do.

Layala and I thank everyone whose generous donations made this possible. 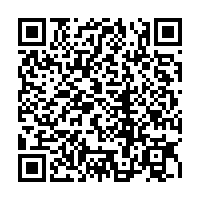