Clearly, fall has come to Central Pennsylvania. The crisp air, the vibrant array of autumn colors, and, yes, a whole lot of leaves to rake. With the arrival of my favorite season, I know Thanksgiving is just around the corner.

While America’s Orthodox Jewish community has yet to reach a consensus regarding the observance/celebration of Thanksgiving, I believe our shul, Kesher Israel Congregation (KI) in Harrisburg has found the perfect way to spend the day.


First a disclaimer: My wife, Layala, and I moved to Harrisburg just prior to Rosh Hashanah 5768/2007. As such, I cannot take credit for having come up with KI’s unique Thanksgiving program that began in 2002.

Following the attacks of 9/11, Americans became painfully aware of the daily sacrifices made by our nation’s firefighters. In the months leading up to Thanksgiving 2002, KI’s Rabbi Chaim Schertz (since retired) and Mark Powers (a KI congregant and former volunteer firefighter) began discussing what the shul could do to show its appreciation to the firefighters of Harrisburg.

They came up with the idea of providing a full Thanksgiving meal for those firefighters who would be spending Thanksgiving on call at the fire station rather than at home surrounded by family and friends. This novel idea resonated with the congregation as well as with some of the local supermarkets. Since then, this event has turned into a highly anticipated annual program at our shul.

Here is how it all comes together: Most of the food (including the frozen Empire turkeys) are donated by local supermarkets; other (minimal) costs are covered by donations; and congregants happily volunteer to prepare and cook the food in the shul’skitchen – packing it up, transporting it, and finally serving the full-course Thanksgiving meal to firefighters in the city’s main fire station.

The first shift of firefighters enjoys the feast as their lunch, while the second shift reheats the food and enjoys a wonderful supper.

Needless to say, each year the firefighters are incredibly appreciative, and the shul’s volunteers feel terrific, having been part of something so meaningful. After all, isn’t Thanksgiving the perfect time for a shulto express its hakarat hatov, its appreciation, to those who are willing to risk their lives to keep all of us safe? This annual event is a true Kiddush Hashem, a sanctification of God’s name, in which everyone is proud to take part.

As one might imagine, the event also makes for a heartwarming story on a day that is usually slow in terms of news. As such, local media outlets are thrilled to carry stories about our annual Kosher Thanksgiving Firefighter’s Feast, thereby maximizing the Kiddush Hashem. (Just go to YouTube.comand enter the words “Kesher Israel Thanksgiving” for an idea of the positive coverage this event has received).

As proud as I am of our shul’s annual Thanksgiving event, I am not writing this to toot our own horn. I want to share Kesher Israel’s Thanksgiving program with as wide a Jewish audience as possible – as I would love to see it replicated by shuls and Jewish institutions across America.

I assure you it will be a rewarding experience for all who participate.

Last winter, Harrisburg was hit with an incredible amount of snow. One day as I trudged through the waist-high white stuff leading to my front door, I thought of the dreaded shoveling that awaited me. I then noticed and waved to my friendly next-door neighbor – a proud member of the Harrisburg Fire Department who was out snow-blowing his driveway.

He immediately shut his snow blower and trudged on over. While extending his gloved hand he said, “Rabbi, don’t you worry about your sidewalk and walkway. When I’m done with mine, I’m gonna come right over to take care of yours.” When I told him it really was not necessary, he replied, “After all that you and your congregation do for us firefighters, this is the least I can do for you.”

Our shul is happy to show our appreciation to our local firefighters each year on Thanksgiving. I sincerely hope and pray that no one in our community will ever need anything beyond snow-blowing services in return. 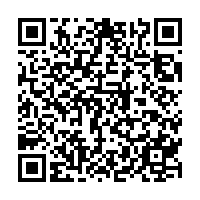