When we connect this idea with the fact that the verse that alludes to these souls also alludes to the date of the final redemption, it becomes clear that the secret of the redemption is hidden in those very same Jewish souls!

True, our regular relationship with God flows via the Torah and the commandments, and someone who does not keep the Torah detaches themselves from this veritable lifeline to God—however there is another innate, hidden relationship that manifests in the direct connection between these Jewish souls and God. This unique channel of communication operates even when it bypasses the official relationship via the Torah (this is because the highest and most innate source of Jewish souls is higher than the source of the Torah). This is the relationship that is revealed by Jewish individuals who are suddenly “turned on” to Judaism at some later stage in their lives to become full-fledged ba’alei teshuvah (returnees to God and His Torah). Their souls are “reignited,” as it were, from the point of their most profound connection to God. Once the connection has been reestablished, the individual can begin to nurture their relationship to God via the Torah (a relationship that it is forbidden to abandon!)


The power of these ba’alei teshuvah is that which will arouse and inspire us all and transform us all into ba’alei teshuvah on the public scale and: “The Torah has already promised us that the Jewish People will eventually do teshuvah at the end of their exile and immediately be redeemed.”

This means that this year—5775—is an excellent opportunity for us to bring the redemption. The fact that a calculation of the final date of redemption exists for this year should arouse us to make every deed we do count. In practice, it is our task to take a proactive stance, doing all we can to reach out and “turn on” as many Jews as we can to return to their soul root and, moreover, we need to achieve teshuvah not only on the personal level but also on the public level, in a way that will allow for the Jewish People to conduct a Jewish life in their own land. This is the type of teshuvah that will bring the redemption closer.

So, when will Mashiach come? The calculations allude to this year, with God’s help.

However, Mashiach himself has already answered the enigma more precisely, “Today, if you listen to His word.” 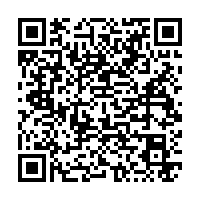