You won’t find the name Haym Salomon in text books in your local elementary school. U.S. History classes at the finest universities rarely utter his name. But without the dedication of this Polish Jewish immigrant to the American Revolution, the Fourth of July would not be celebrated as Independence Day.

Born in Lesno, Poland in 1740, his parents were refugees, who escaped religious persecution in Portugal. As a young man he traveled extensively throughout Europe learning numerous languages and developing an extensive knowledge of currency and finance.


Through his family and personal experiences, Salomon understood the injustice of life under an oppressive government. He became acquainted with the American colonial struggle against taxation without representation when he came to New York in 1772.

Salomon started a brokerage company that would become very successful and bring him prominent clients loyal to the King of England. However when news surfaced regarding the fighting in Lexington and Concord, his own loyalty was with the colonists’ struggle. He would take up the cause of freedom, joining New York’s revolutionary Sons of Liberty.

Salomon put his life on the line numerous times for the cause.

First arrested in September 1776 with all known members of the Sons of Liberty, Salomon and his cohorts were blamed, and most likely rightfully so, for burning down nearly 500 homes the British planned to use to house their troops. During his time at the inhumane prison known as the “Old Sugar House,” he got pneumonia and almost died.

When he recovered, Salomon noticed that the Hessian prison guards who spoke German could not communicate with their British counterparts. He told the British he spoke the German language and became an interpreter. Under the watchful eye of the British, Salomon nevertheless used his language skills to convince over 500 guards to abandon the throne and join the colonists’ fight for Independence.

Salomon was paroled, but eventually arrested again and sentenced to death on charges of espionage. He was able to escape, and made his way to Philadelphia.

Salomon continued his business and was appointed by Congress as Postmaster to the French military as well as numerous allied-nation ministers. He enjoyed great success, and his financial skills and dedication to the cause brought him to the attention of Minister of Finance, Robert Morris.

Salomon started handling financial transactions for the Continental Congress. He used his network and contacts with other governments to raise money for the military effort and also gave personal loans to members of the new government so they could stay in Philadelphia and continue their work for the new nation.

Salomon’s most famous contribution came in August 1781. British General Charles Cornwallis was struggling in Yorktown against southern forces of the Continental Army. General George Washington needed to march his army to the coastal city to deliver the final blow against the King’s army. But Washington’s forces were near mutiny: Food and supplies had run out and congress had no money to make necessary purchases as well as pay the troops.

It is believed that Washington said to Robert Morris, “Send for Haym Salomon.”

Legend has it that word reached Salomon during “Kol Nidre” services at his Philadelphia synagogue Mikveh Israel on Yom Kippur, Judaism’s holiest day. Salomon, an observant Jew, nevertheless raised $20,000 ($425,000 today), and one version of the event has it that Solomon raised the crucial funds from his fellow congregants.

Liberty 101: The Principle of Establishment

The Jewish Community Of St. Eustatius 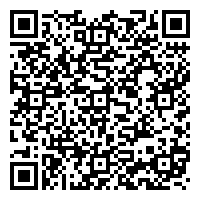