Most Israelis wish to democratically coexist with Palestinians, respecting fully their history and religious beliefs. (Israel, of course, permits and even supports the practice of religions other than Judaism.)

One of the great questions concerning the future of Israel, however, is whether the Palestinians will ever really accept the historical reality of the Jewish state fully and without conditions.


Those who doubt that Islam and Judaism can live together peacefully and productively need only look at the small but important secular Muslim country of Azerbaijan.

In Azerbaijan there is not only peaceful coexistence between these two faiths but a strong appreciation and recognition of the human values that are at the core of their two major texts of study and life.

This is one of the reasons the approximately 6,500 Jews of Azerbaijan are not seeking to leave their homes in fear. The Jewish community of Azerbaijan has a long history and its members live a vibrant Jewish life with synagogues, schools, and opportunities.

While the Israeli government would welcome them as new citizens, it supports their right to remain in Azerbaijan while coming to Israel for visits and study.

Today we stand at a precipice of significant change in our world. Not since World War II has there been a situation where so many nations and borders are being challenged and communities torn apart by ethnic and religious strife.

Yet in the midst of all this, we know true leaders can make a certain definitive impact, bringing to the world changes so profound they become known as the shapers of history.

I think back to the great leaders who were such pivotal sources of strength for the state of Israel. All of them led by example, facing the complexities of a world shaped by violence while articulating innovative solutions and demonstrating bold creativity.

Great leaders tend to share that quality of bold creativity, along with great vision and an altruistic streak that enables them to work for the greater good of their countries rather than their own self-aggrandizement.

In that most troubled part of the world we call the Middle East, finding selfless, compassionate, and forward-looking leaders is a difficult proposition. Israel has known such leadership.

In my search for another country in the region about which one could say the same thing, I found Azerbaijan – one of Israel’s strongest allies and a friend of the United States, situated at the crossroads of Eastern Europe and Western Asia and bounded by Russian to the north, Iran to the south, and Turkey in the northwest.

The founder of the modern Republic of Azerbaijan was Heydar Aliyev (1923-2003), who transitioned over the decades from KGB official to fighter against corruption to moderate leader of a newly independent state.

As the head of a Muslim nation who created profound opportunities for Jewish and Muslim harmony, he served as a meaningful example of the kind of leadership we desperately need

Azerbaijan has in recent years become widely known as a haven for people of all faiths and a model for what Muslim nations across the world should and can be. Thanks to Aliyev’s vision, Azerbaijan is a nation committed to policies of intercultural and interfaith tolerance and acceptance – policies that have made Azerbaijan unique in the Muslim world and helped forge its close relationship with Israel.

There are precious few Muslim leaders who have been willing to open up their countries and build a cultural norm around the principles of understanding and peace.

Heydar Aliyev was one such man.

“I remember how Heydar Aliyev was able to shield Azerbaijan from total fragmentation and destruction with his capability to make wise and courageous decisions, which vividly reflected his enormous experience, but also strong devotion to his country,“ said Nasimi Aghayev, consul general of Azerbaijan in Los Angeles.

“Overcoming many internal and external challenges, he launched the era of transformation of Azerbaijan from a war-torn country to one of the most rapidly developing and modernizing countries. With his astute leadership, he captured our imagination and led the entire nation toward a common goal – prosperity, peace, and harmony.”

Because of Aliyev’s willingness to take risks, Azerbaijan today embodies values that are strong, healthy, and sustainable.

The ability of great leaders to read between the lines of history is what protects our world from total destruction. I remember when many people believed Menachem Begin was making a huge mistake in negotiating with the Egyptians, and yet the peace treaty he signed with Anwar Sadat has held strong for more than 35 years and Egypt is one of the few countries in the region that maintains firm diplomatic ties and shared security interests with Israel.

As the Middle East is buffeted by the storms of religious and ethnic intolerance, we need to tap into the hope and heroism of Israel’s founding fathers and forward-looking leaders such as Heydar Aliyev. 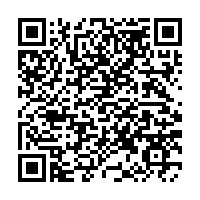