Sheldon Goldman was hesitant and uncertain about what to do next.

Goldman had come to the NEU chapter years ago, as a parent of a daughter at the school. He had donated $36,000 per year in personal funds and had led fundraising drives to buttress the NEU chapter’s programs, its physical building and its future sustainability.

In a January 14, 2017, letter to Hillel International board chair Tina Price, Goldman recited the following accomplishments: “We received an offer from the Northeastern University to become a University affiliate — with the University offering to fund the annual organizational budget. We have built bridges with University departments, faculty and student groups and organized successful campaigns to defeat BDS resolutions … three times in two years. We neutralized the SJP [Students for Justice in Palestine] organization that was creating an environment of harassment and intimidation for Jewish students.”

Still, NEU Hillel’s relations with Hillel International had been raw for a long time, says Goldman. Matters came to a climax after NEU Hillel’s Israel Fellow, who was slated to receive a prestigious award at the Hillel International General Assembly held in Orlando, Florida, in December 2016, saw the honor mysteriously withdrawn, according to Goldman. While still at the Orlando assembly, NEU Hillel executive director Arinne Braverman decided to resign over what she called “politics.”

Goldman subsequently launched an international search to replace Braverman, and settled on a highly-accomplished 10-year veteran of Hillel in Israel. However, Hillel International notified Goldman that NEU Hillel could not hire a new director without its review and permission.

Hillel International officials, speaking on condition of non-attribution, explained that Goldman’s Israeli candidate was not qualified for the job based on significant personnel issues, which they declined to specify.

Moreover, Hillel International’s legal department had warned Goldman in an April 10 email that, “While every courtesy and consideration is given to a local board’s recommendations, the President/CEO of Hillel has final authority.”

Distrust only deepened after Hillel International offered to assist in funding a larger salary to attract a better candidate requiring greater remuneration. In mid-May 2017, Hillel International’s legal department emailed Goldman the offer if “you and your Board agree to a good faith consideration of candidates who would demand a non-profit market rate salary that exceeds your current salary range preference, and be open to paying the higher salary rate.”

There were many more obligations as part of the “affiliation agreement.”

Goldman felt that he had been the victim of a “bait and switch.” Financial help, he concluded, was offered — but the small print essentially required his Hillel to become “invasively controlled” by the Washington D.C. office. He wrote: “The International SIC [Schusterman International Center] seems intent on micromanaging local Hillels.” Goldman’s response “baffled” Hillel International.

Goldman decided that it was time to escalate the dispute. Knowing the gravity of such a move, “I asked this question of a Rav that I admire greatly,” recalled Goldman. “His response was that I could prosecute the claim, despite the odds of success or potential damage, provided that I was doing it for the right reason and in the right way. I hope I am being true to this ethic.”

On June 9, 2017, Goldman hit the send button, and circulated a three-page open letter to 191 Hillel local directors and other officials, asking that the document be disseminated to their boards, thus expanding the total readership by hundreds more.

“I am writing to share my concerns,” wrote Goldman, “about SIC’s leadership and the need for local Hillels to collaborate in protecting our good work from SIC’s invasive meddling … [and] central control.” Pinpointing Hillel International’s CEO,” Goldman ended his missive by stating that, “Mr. Fingerhut and his leadership team are … leveraging SIC’s platform to intimidate local organizations. … SIC is engaged in fear-based tactics. … We deserve better. If we are to be led, it should be by a new leader with moral courage.”

Hillel International’s vice president Mathew Berger, a former journalist and crisis manager, lost no time in widely distributing a rebuttal. “Dear Colleagues,” wrote Berger, “We are aware that many of you received a letter today from the board chair of Northeastern Hillel. We have been working diligently with the leadership of NU [sic] Hillel over the past year on a number of issues that remain unresolved. There are many inaccuracies in the letter you received, and we will continue to address this issue with the campus leadership going forward.” Berger co-signed the letter, along with Hillel International’s chief campus officer, Hal Ossman.

Goldman shot back a reply to all 191 of the original recipients: “Messrs. Berger and Ossman. I am not aware of any inaccuracies in my letter. You state there are ‘many.’ Please enumerate them for everyone’s benefit. If I am wrong, I will own up to it, and I expect the same of SIC,” wrote Goldman. He added, “Whatever you meant to say, you should understand that your intervention on campus [is] not welcome.”

Not long after, with all the delay, Goldman’s hoped-for executive director replacement from Israel became unavailable.

From Goldman’s point of view, he was determined to fight back against what he termed “fear-based tactics” by Hillel International.  He also feared that attempts to retaliate against him could include further administrative attacks on his local Hillel staffers.

On August 18, 2017, Goldman shot off another email to Hillel International board chair Price, openly copying Fingerhut. “I was informed that … two weeks ago, a vice president of SIC advised both a member of the NEU staff and at least one student that SIC is seeking my removal. … These statements are wholly inappropriate. They seek to incite, create uncertainty and sow confusion within NEU Hillel and the student body. They portray SIC as enjoying lashan horah [in Hebrew, this literally means an evil tongue and often refers to spreading derogatory gossip]. …. SIC should [be] … causing as little distress as possible within any affected community.”

Goldman added, “I am also aware of Eric Fingerhut’s attempts to discredit me within the Boston community in early summer, and his threats of a defamation suit against me. These actions shed further light on his character and are reasons why I believe he must be replaced as the leader of Hillel. This cannot be done quick enough as his character is leaching away whatever moral fiber remains at SIC.”

In a taped interview in his office, Fingerhut passionately denied each and every charge made by Goldman. “We are a partnership-based organization,” Fingerhut said, adding that, “we fulfill our mission through our affiliates.”

He continued, “We have many, many partners, hundreds of them that have taken all sorts of shapes and forms. … That we would from time to time have a disagreement is not unexpected.”

Fingerhut confirmed that the disagreement with Goldman was over the NEU Hillel’s executive director search. “In order to maintain the quality of the movement, the final approval of appointments of executive directors is made by me,” he stated, adding, “There was a disagreement in that search.” But, Fingerhut assured, “We will get through it, we will get to a resolution.”

Denying any malicious conduct, Fingerhut calmly, almost quietly, averred: “We don’t threaten people. That is not how we do [it]. … If they have any evidence of any threat, I would love to see it.” He then added, “I have never threatened anybody.”

As he spoke, it was clear from Fingerhut’s demeanor that he took the allegations personally. From Fingerhut’s and Hillel International’s view, the dispute with NEU Hillel was anomalous — one negative case out of what officials described as “a thousand positive cases” to be found throughout Boston and the rest of the country.

Hence, the question is just how anomalous the NEU Hillel incident actually was? 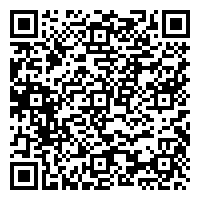