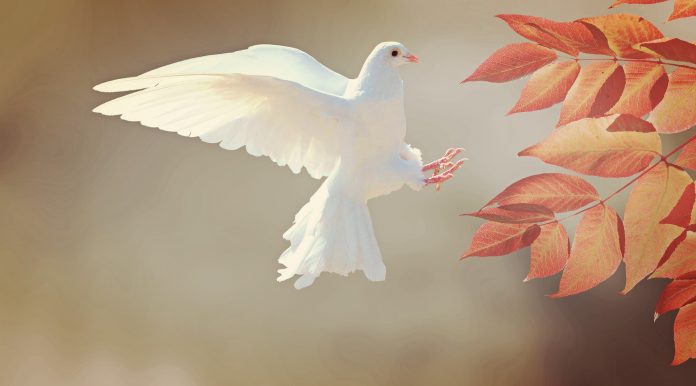 In recent days, the head of Bahrain’s Jewish community Ebrahim Dahood Nonoo welcomed the recent peace proposal between his country and the Jewish state, congratulating “our leadership on this momentous occasion.   The Bahrain Jewish community is an indigenous community having been in Bahrain since the late 19th century.   Although our numbers are small, we are very well integrated into the fabric of the society, both in business and culture.  We have both a synagogue and a cemetery operational till date.”

“This is a historic moment that we have never expected to see in our lifetime,” he noted.  “We would like to thank His Majesty King Hamad Bin Isa Al Khalifa, for having the foresight to go ahead with this decision and his belief in coexistence and his faith and ability to break down the barriers that restrict cohabitation.  We look forward to a prosperous relationship that benefits both countries.”

After the UAE and Bahrain started to work to establish peaceful relations with the State of Israel, Shipan Kumer Basu, who heads the World Hindu Struggle Committee, has called upon Bangladesh and other Muslim countries to follow in their footsteps: “Although some Muslim states have a hostile attitude towards the State of Israel, I think Israel is one of the most peaceful countries in the Middle East.  Yet until recently, since Israel’s declaration of independence in 1948, only two Arab countries have signed peace agreements with the Jewish state, Egypt and Jordan.   US President Donald Trump hopes that more Arab and Muslim countries will follow in the UAE’s and Bahrain’s footsteps and sign peace agreements with Israel.”

“I think that both countries have benefited from the establishment of a peace agreement between Jerusalem and Abu Dhabi,” Basu declared. “As a result of this agreement, both countries economies will move foreword and both countries will enjoy trade benefits.   This will put to an end any fear of Israel and will establish true peace.   The State of Israel pursues scientific research in the interest of humanity.  Everyone across the world is enjoying the benefits of it, including the Muslims.”

Basu believes that Bangladesh could greatly benefit if Sheikh Hasina gave up on her commitment to supporting the Palestinians exclusively: “I think we can enjoy the benefits of Israel’s information technology if we establish diplomatic relations with the Jewish state.  Then, the people of our country will be able to go to Israel, learn about their culture, learn from their scientific achievements, and try to advance our country, both scientifically and technologically.  In contrast, the Palestinian Authority does not have that much to offer Bangladesh and relations with them are only beneficial if it is in the framework of a peace treaty with Israel.  I call upon everyone to have a peace treaty with Israel, so that they can advance.”

Earlier this year, Bangladeshi lawyer Umran Chowdhury wrote an article in Haaretz, arguing that Bangladesh should recognize the State of Israel, claiming that both societies have many common values.  He declared that there are many parallels between the Bangladeshi struggle for independence and the Israeli one, noting that Israel was one of the first countries to recognize Bangladeshi independence.

Nevertheless, the Sheikh Hasina government to date refuses to consider the idea of establishing diplomatic relations with Israel and Israelis cannot travel to Bangladesh yet Dhaka has a Palestinian Embassy and Yasser Arafat visited Bangladesh more than once, which led to 8,000 Bangladeshis volunteering for the PLO in the 1980’s. Subsequently, Abu Mazen also visited Bangladesh in 2017.  PLO members are offered one-year courses at a Bangladesh Military Academy and Palestinian students studying medicine receive scholarships to go to Bangladesh. “Unfortunately, in Bangladesh itself, the Palestinian issue is seen by some through a bigoted prism with little regard for realities on the ground,” Chowdhury wrote.  “It’s time to, belatedly, move forward and start a new chapter in bilateral relations.”

“All kinds of failures have been registered under the ruling Awami League government,” Basu concluded.  “Now, it is time to change that by building relations with developed countries like Israel.   With growing relations with developed countries, religious harmony, business, trade and the economy can grow and prosper.   Now is the time for the common people of Bangladesh to wake up and overthrow the Sheikh Hasina government.  Her policies have failed the Bangladeshi people.”

“In the 1971 War of Independence, following Israeli advice, India took a stance against Pakistan and Bangladesh became an independent state thanks to Indian assistance,” he proclaimed.  “The father of Sheikh Hasina, then Awami League leader Sheikh Muzibur Rahman, completely denied the widespread contribution of Israelis and Jews to Bangladesh’s War of Independence.  This massive contribution is completely denied today.  Bangladeshi minorities also fought for the freedom of the country and sacrificed a lot, but Sheikh Hasina does not support the minorities, just as she is against Israel.  Now is the time to remove the Sheikh Hasina government and to create a new and better Bangladesh, where all will be equal and rules will not depend upon one’s religion or caste.” 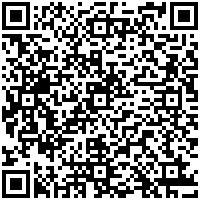