Conventional wisdom took one on the chin last week when the Trump administration did what the establishment said couldn’t be done. No chin took a harder hit than former U.S. Secretary of State John Kerry’s, when one clever social media user unearthed and isolated 44 seconds of him assuring the world that no Middle East peace deal will be possible without the Palestinians. “There will be no separate peace between Israel and the Arab world. I want to make that very clear to all of you,” he stated.

The clip was from December 4, 2016, when Kerry made some of his final remarks as secretary of state to the Brookings Institution’s annual Saban Forum. The diplomat, haughty from his success in the Pyrrhic victory of the Iran nuclear deal, said things he probably now wishes he could take back.

At the forum, titled “The Challenges for the Trump Administration in the Middle East,” Kerry was looking to impart his expertise gained from 30 years as a U.S. senator and three as secretary of state by warning the incoming diplomats that they really didn’t understand the complexity of the Middle East peace process.

After interviewer Jeffrey Goldberg joked with him “that President-elect Trump himself is going to instigate an international crisis,” Kerry started by assuring his audience that his concerns were “not because we don’t care about Israel. It’s because we do care. It’s because we want to be able to see this thing develop into the full-blossomed beacon that Israel has the potential of being.”

If one ignores the bizarre reference to Israel as “this thing,” it becomes apparent that Kerry believes that only U.S. intervention can create the “thing” he desires. In the Obama administration, intervention meant pressuring Israel to give in to the grievances of its neighbors, particularly to the Palestinians. This mindset has preoccupied American foreign policy in the Middle East ever since Loy Henderson packed the State Department’s Office of Near Eastern, African and South Asian Affairs with Arabists and peace-processers.

Kerry continued: “I’ve heard several prominent politicians in Israel sometimes saying, well, the Arab world is in a different place now, we just have to reach out to them and we can work some things with the Arab world and we’ll deal with the Palestinians. No, no, no and no.”

Kerry’s four “no’s” echo the 4th Arab League Summit in Khartoum, when fresh from defeat in the Six-Day War, the Arab nations announced their infamous three “no’s” in solidarity with the Palestinians: no peace with Israel, no negotiations with Israel and no recognition of Israel.

It must have felt good, and the audience (Goldberg included) must have been responding positively to his sage council, because Kerry came back for more: “I can tell you that, reaffirmed even in the last week as I have talked to leaders of the Arab community, there will be no advance and separate peace with the Arab world without the Palestinian process and Palestinian peace. Everybody needs to understand that. That is a hard reality.”

With the United Arab Emirates and Bahrain signing the Abraham Accords, and other nations lining up to do the same, 2020 has intervened to school Kerry on what a hard reality really looks like. Concessions are perceived as weakness. Strength is respected.

Earlier in 2016, Kerry explained that “the art of diplomacy … is to define the interests of all the parties and see where the sweet spot is that those interests can come together and hopefully be able to thread a very thin needle.”

But compromise alone cannot make peace, especially when only one side is willing to compromise and the other remains intransigent. Effective and authentic peace deals are only reached after one side loses its fight and “sues for peace.”

Now that he has been proven wrong, wrong, wrong and wrong, will John Kerry continue to offer his advice? And who will listen to it? Joe Biden, that’s who. In a Biden administration, John Kerry will almost certainly play a major role, pushing Israel to compromise and fight proportionately instead of pursuing victory.

If U.S. President Donald Trump is reelected, Kerry might want to fail up and pursue a teaching career in the ivy leagues where success can be a liability. He should set his sights on Harvard, where Saeb Erekat, the mastermind negotiator behind Palestinian rejectionism, was just hired to mentor graduate students. If Harvard can rationalize promoting Erekat’s failed diplomacy, it should be equally interested in rewarding Kerry’s.

(A.J. Caschetta is a Ginsberg-Milstein fellow at the Middle East Forum and a principal lecturer at the Rochester Institute of Technology) 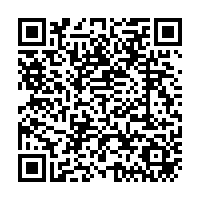