A recent CNN poll ranks President George W. Bush as the most unpopular president in modern American history. The key figure is not Bush’s 28 percent approval rating – which, though dismal, is not as poor as the all-time lows set by Harry Truman (22 percent) and Richard Nixon (24 percent) – but his disapproval rating, which has soared to 71 percent. No president had ever cracked the 70-percent ceiling.

The previous record was set by Truman, who reached 67 percent disapproval in January 1952.


Oddly, Bush’s decline is tied (in part) to declining support for the Iraq situation, which has actually turned around and gone comparatively well for almost a year now, as opposed to the mess through 2005 and 2006.

Nonetheless, I’m not surprised at these numbers. George W. Bush is not a popular president. I, too, have my qualms with him and his administration. As a conservative, it burns me that there were no long-term, hallmark domestic achievements by President Bush, like drilling for oil domestically or a flat tax – and with no less than a Republican Congress at his disposal.

On the plus side, I commend his work on issues like abortion and embryonic research; his modest but important tax reductions; and his outstanding Supreme Court appointments. He also secured some stunning international triumphs in areas like AIDS in Africa, albeit silently.

The word “silently” is instructive, since it bears on the central liability of the Bush presidency: a horrid inability to communicate. This was so bad that there effectively was no bully pulpit under this president. That failure is not just on Bush but his entire staff. They allowed the opposition to define the debate and public perception, particularly on Iraq and the Middle East.

And yet it remains in Iraq and the Middle East where Bush’s potential long-term impact resides, as does his place in history. It is there, too, that a Bush comparison to Harry Truman is most fitting.

Our most popular presidents were those who won wars, not those who presided over their start. George W. Bush is the first post-9/11 president; he is presiding over the start of a long War on Terror, not its finish. This was likewise true for Truman and the Cold War. We should no more expect victory from Bush at this point in the war than we expected from Truman in the Cold War in 1947.

I’m not the first to make this analogy. I recall an intriguing May 2003 piece in the London Times by Tim Hames, who searched for a presidential analogy to the current president. Was Bush another Woodrow Wilson? Was he somehow Rooseveltian? No, opined Hames, if Bush bears comparison it is with Harry Truman.

Truman, wrote Hames, was a slightly accidental president mocked by elites. He immediately faced globe-altering developments: the end of World War II, the advent of the bomb, the superpower confrontation. He looked into the eye of a storm that would stir for decades. He had to lay the groundwork for a long war with many pauses and disappointments.

“[Truman] had to shape foreign policy on the hoof,” averred Hames, “invent institutions at home and abroad to match new circumstances, set precedents and draw lines in the sand.”

Hames noted it was Truman, the man from Independence, who claimed a statesman is a politician who has been dead 10 or 15 years.

George W. Bush’s long-term strategy for the Middle East is to plant the seeds of a wider democratic revolution – starting in Iraq and Afghanistan – that eventually produces a “democratic peace,” one utterly crucial to taming the region before WMD are easily available to theocratic regimes.

I believe his long-term plan for the Middle East is our only hope in stopping the region from ultimately wreaking havoc on itself, America, and the world – a literal life-or-death proposition.

The big question is whether it will work, and whether the costs to get there are worth the price. No one knows – and the public is largely oblivious to the plan, particularly because of that terrible failure of this administration to communicate. 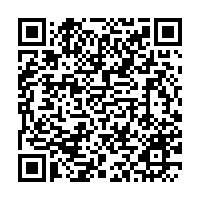