There were practically 40 million German women in 1939, a third of whom (13 million) were actively involved in the Nazi Party. This number continued to rise until the end of hostilities, asserts historian Wendy Lower. Their ostensibly ‘minor’ participation in daily operations in the government, military, and Nazi Party activities was significant. One chief detective in the Reich Security Main Office, for example, decided the future of thousands of children with the aid of almost 200 hundred female detectives throughout Germany. They gathered proof of some 2,000 Jewish, “gypsy” and other “delinquents” whom they identified as “racially degenerate” and thus, future criminals. They were then imprisoned in special internment camps. [2]

At least half a million German women went to Eastern Poland, the former Russian territories under German occupation, and today’s Ukraine, Belarus, Lithuania, Latvia, and Estonia, where they became “integral parts” of the operation to destroy the Jews of Europe. They were “zealous administrators, tormentors, and murderers….” [3]


In Hitler’s Furies, Lower stated that although the SS and police were the primary murderers and controlled these organizations, the legions of 200,000 young secretaries (18-25) enabled the mass murder juggernaut to function. “In government hierarchies, female professionals and spouses attached themselves to men of power and in turn wielded considerable power themselves, including over the lives of the regime’s most vulnerable subjects.” They occupied positions throughout the chain of command, “from the very bottom to the very top,” and had the authority to issue directives to subordinates. [4]

“The Angels at the Front”

Approximately four hundred thousand German Red Cross-trained women were sent either near the front lines or in rear areas in the east. Nurses who operated in the war zones aided in medical experiments. [5] Nurses were the largest number of women who were directly involved in the war. They were taught that “hatred is noble.” Of all the female occupations, nursing had the greatest “concentration of documented crimes in the euthanasia programs and the medical experiments in the camps.”[6] They “employed guns, whips, and lethal needles to achieve a mastery that was not otherwise available, to lord it over victims of the regime rendered powerless.” [7]

Thirty thousand were certified by the SS and police as auxiliaries in police and Gestapo headquarters, and prisons, which meant there was a high probability of “direct participation in mass murder.” [8]  Although the verified cases of women directly murdering Jews or others are “not numerous,” they must be viewed seriously and not viewed as “anomalies.” These women were “not marginal sociopaths,” Lower said. They regarded their cruel and vicious acts as “justified acts of revenge” imposed on Germany’s adversaries and thus “expressions of loyalty.”  [9]

Their primary mission was to care for the soldiers, increase their self-confidence and restore their health. They served in field hospitals of the Waffen SS and the army and soldiers’ homes, provided refreshment to troops on train platforms, and worked in hundreds of soldiers’ quarters where they socialized with the troops. [10]

Aside from the nurses, the largest number of women providing support to the everyday operations of the war in the East were the German secretaries, office assistants, telephone operators and file clerks who worked in state and private concerns. What emerges is that some of the secretaries who typed up the orders to murder the Jews were also involved in the slaughter and were present at the mass shootings. They saw it “as a professional opportunity and a liberating experience.” [11]

Secretaries in Minsk, the capital of Belarus, referred to Jews as ‘subhumans’ and considered them to be mere commodities. When transports arrived in Minsk, the Gestapo stole their food, which the staff called Judenwurst (Jewish sausage). The secretaries then organized and distributed the Jews’ stolen clothes, personal items, and property. [12]

“Riches of the East”

Elsewhere, in the newly occupied territories, tons of clothing were placed in a warehouse established by the National Welfare Associated (NSV). The SS, police leaders, military commanders, and Nazi Party officials, initiated a program to seize Jewish property, clean and repair the clothes and donate them to ethnic Germans who were colonizing these areas. [13] The scarcity of food back home made a compelling reason to send families in Germany and Austria trainloads of clothing,  antique furniture,  sugar, flour and crates of eggs. [14]

SS-Obersturmführer Karl Kretschmer, who joined Einsatzgruppe C in the summer of 1942, wrote to his wife that he sent a tin of meat, fish, salami, sardines, sausages, French chocolates, and other sweets. He apologized for not being able to locate a Persian rug for her. He was no longer in the right area, and there was competition in procuring carpets. Another problem was that “the Jewish dealers are no longer alive.” [15]

These considerable number of transports, arranged throughout German-occupied lands, could not have been organized without the consent of German military officers, who provided transportation. German historian Götz Aly maintained they readily acceded to the requests, not only because they loathed Jews or “were willing to sacrifice the last vestiges of their consciences out of an innate German need for obedience.” The transports “served their own interests,” which was to ensure the war could be waged without concern for lack of financial resources, which would have adversely affected their military strategy and troop morale. [16]

These material subsidies for the Germans explain how the German government ensured its popularity during the conflict. Concern for the well-being of the German people, whatever the price, was a hallmark of the Nazi practice from its inception asserted Aly. Hermann Göring, Director of the Four-Year Plan in the German economy, made this clear when he said, “If someone has to go hungry, let it be someone other than a German.”[17]

Not Every German Woman in the East was a Nazi Agent

Not all of these women in the East represented the Nazis. Frequently, they were girlfriends, mothers, and wives of the SS elite, who joined their loved ones.[18] They provided refreshments in areas close to the deportation and killing fields, and comforted them upon their return from their killing sprees. [19] Although having no official part in aiding in the murders, they goaded their male companions to kill, because they were motivated by their loathing of the Jews.[20]

Approximately 1,000 Jews were murdered and 10,000 were deported to the extermination camp at Treblinka. It “was perhaps the most brutal and licentious of all those that Police Battalion 101 conducted,” according to historian Daniel Goldhagen. [21]

Vera Wohlauf was not alone in watching this spectacle. The wives of some of the Germans posted nearby, as well as a number of German Red Cross nurses were also witnesses. Approximately 1,000 Jews were murdered and 10,000 were deported the extermination camp at Treblinka.[22]

In keeping with her regular custom, Vera carried a riding crop, to demonstrate her position of dominance.  Previously, Vera had remained with the battalion for a number of weeks and “several killing operations, and participated in one, if not two of the large ones.” [23]

Married women personified the “dutiful wife,” Lower noted, while  their marriages became “partnerships in crime.” They believed their actions were critical for the future survival of the Reich because they were “racial equals.” [24]

Despite strict rules not to enter “Jewish only” areas, a popular pastime for German women was shopping in the ghetto. Planks and tables were set up on the streets, where Jews placed their personal items—cosmetics, toothbrushes, whatever one needed.  [25]

Lower concluded, “the collage of stories and memories, of cruelty and courage, while continuing to test our comprehension of history and humanity, helps us see what human beings―not only men but women as well―are capable of believing and doing.”  26 [26] 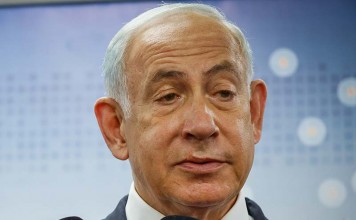 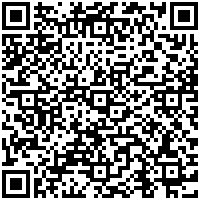