Showing gratitude, hakaras hatov, is a fundamental value in Judaism. “V’achalta v’savata u’berechta,” the Torah tells us. If we eat and are satisfied, we must thank Hashem.

Interestingly, little is said in Chumash or halacha about gratitude. We are apparently supposed to learn about it by looking at our forebears. The Medrash, for example, sees hakaras hatov as a characteristic of Moshe Rabbenu, who didn’t strike the earth, which hid the blood of the Egyptian he killed, or the Nile River, which shielded him when he was a baby.

Hakaras hatov is rooted in the requirement to show gratitude to G-d. But from this obligation, it follows that we should also show gratitude to nature – which G-d created to sustain life – and especially His human servants whom He created and directed to do good.

In Sefer Shmuel (chapter 25) we find the embodiment of an ingrate in the person of Naval, whose workers and wife called an “ish bliyaal” – a lout. (His character fit his name, Naval, which means disgusting.) King David and his men had protected Naval and his flocks for a long period of time, but when they needed his help, he cruelly turned them down.

The Yalkut Shimoni notes that the chapter in which this story appears begins with eulogies delivered on the occasion of Shmuel HaNavi’s death. It later turns to Naval shearing sheep and partying. Chazal say, “Kol hakofer b’gmilus chasadim k’kofer b’ikkar – Not returning acts of kindness is like denying G-d.” If you don’t eulogize a leader like Shmuel HaNavi, who did so much for the Jewish people, you end up like Naval.

Not showing gratitude to those who fulfill G-d’s will in helping the Jewish people constitutes a denial of Divine Providence and of G-d Himself.

Any honest person who is concerned with the welfare of klal Yisrael is well aware of the unprecedented good that President Donald Trump has done for the State of Israel and the Jewish people. Here is a partial list, taken largely from a similar one compiled by Rabbi Steven Pruzansky:

At Trump’s directive, the U.S. has stopped calling millions of Palestinian descendants “refugees”; rejected the notion that the Palestinians’ fate is the crux of every conflict in the Middle East; and halted financial aid to the Palestinian Authority to protest its policy of rewarding murderers of Jews.

Trump has also pulled the U.S. out of the Iran nuclear deal; committed to stopping Iran from acquiring a nuclear bomb, thus neutralizing an existential threat to the Jewish state; withdrawn the United States from the UN Human Rights Commission and UNESCO for their vicious anti-Israel bias; made sure the U.S. vetoed every anti-Israel resolution brought at the United Nations; and unequivocally supported Israel’s right to defend itself.

There’s more. President Trump has fulfilled the promise made by so many to move America’s embassy in Israel to Yerushalayim. He has also recognized Yerushalayim as Israel’s capital and formally recognized Israel’s annexation of the Golan Heights while warmly befriending Israel’s prime minister and people.

The president has routinely denounced the scourge of Jew hatred and stated: “Those who are trying to destroy the Jewish people – we will destroy them.” He has condemned anti-Israel voices in America, while the Democratic Party, which attacks him on a daily basis and slanders him as a racist and anti-Semite, gives shelter to some of the most anti-Semitic people in the country.

(I would also add parenthetically that those who most vociferously oppose the president also tend to oppose to the Judeo-Christian culture that this country was built on. Hatred for Trump often seems to go hand in hand with hatred for Torah values.)

It is long overdue for the Orthodox Jewish community to bond together to thank this president for all he has done for us, and to do all in our power to see to it that he and his political party continue to lead this country. 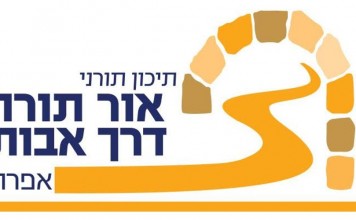