The next generation of Palestinian Arab terrorists is being raised right now, and it’s being underwritten by the Biden administration.

Not intentionally, of course. President Joe Biden undoubtedly is as opposed to terrorism as every other reasonable-minded American citizen. But in three specific, concrete ways, the administration’s policies will have the practical impact of contributing significantly to the training of young Palestinian Islamic terrorists.


In April, Secretary of State Antony Blinken announced that the U.S. will be sending $150 million to the Palestinian Arabs in the form of a grant to the United Nations Relief and Works Agency for Palestine Refugees in the Near East (UNRWA), which the previous U.S. administration had suspended. After the Hamas missile war against Israel in May, Blinken pledged an additional $38.5 million for Gaza, through UNRWA.

UN Watch has documented in its devastating report, “Poisoning Palestinian Children,” that “school teachers, principals, and other employees of UNRWA incite to terrorism or antisemitism.” The report, which includes examples from UNRWA schools in Gaza, shows how teachers and other staff members openly celebrate terrorism against Israel — including kidnapping Israeli children and firing missiles into Israeli neighborhoods; using maps which erase Israel’s existence; posting photos of Adolf Hitler and praising him; and posting “overtly antisemitic videos, caricatures, and statements.”

Some of the Hamas recruitment drives for summer camps that train children in Gaza to become terrorists are even being held on UNRWA school campuses.

When challenged at a Congressional hearing on June 8 about the renewal of funding for UNRWA despite its Jew-hatred, Secretary Blinken said that the administration is “determined that UNRWA pursue very necessary reforms in terms of some of the abuses of the system that have taken place in the past.”

As President Biden would say — Come on, man. Secretaries of State and other political figures have been saying for decades that they were going to “reform” UNRWA. It never happened. It won’t happen now, either. The pro-Palestinian wing of the Democratic Party will make sure that the money flows to Gaza, come hell or high water. And The New York Times will facilitate it with more feature stories about how poor children in Gaza desperately need the taxpayer dollars of Americans.

The second way that the Biden administration is underwriting the training of Palestinian terrorists is through the fungibility of funds. In other words, the part of the $188.5 million Palestinian Arab “humanitarian aid” package that will go to Gaza will free Hamas from having to spend that money from its own coffers.

While Biden administration spokesmen can say that the money is being used to build hospitals and apartment buildings that were damaged in the recent retaliatory raids, the reality is that if the U.S. was not sending those funds, Hamas would have to pay for those expenses.

The newly freed-up funds are then used by Hamas to pay for the militant summer camps that train young terrorists, the schools that indoctrinate Gaza children with love of violence, and the missiles that Hamas fires at Israeli homes.

The third way in which Biden’s aid will help train future terrorists is the example that it sets. The huge U.S. grant to the Palestinian Arabs helps legitimize such aid in the eyes of the international community.

Several European governments have in recent years begun to reduce or restrict parts of their own aid to the Palestinian Arabs because of Jew-hatred and glorification of violence in their schools. It will be harder than ever to persuade any other country to restrict aid when the U.S. is writing check after check without any real conditions attached.

That will free the Palestinian Authority and Hamas to do whatever they want with the funds — and what they want, most of all, is to raise another generation committed to jihad and hatred of Jews. 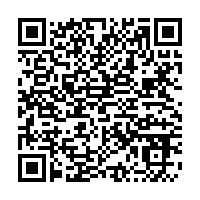