Adopted in 1945, the UN Charter (Article 80) states: “… nothing in this Chapter shall be construed in or of itself to alter in any manner the rights whatsoever of any states or any peoples or the terms of existing international instruments to which Members of the United Nations may respectively be parties.”

This means that the designation of “Palestine” as a “Jewish National Home,” incorporated in the British Mandate and established by international agreements adopted by the League of Nations and the U.S. Congress guarantee Israel’s sovereign rights in this area. All Jewish settlement, therefore, was and is legal.


Two years later, amid growing civil war, the UN proposed a division of Palestine between Jews and Arabs, changing the terms of the Mandate. The Jews accepted; the Arabs launched a war of extermination.

When Britain ended the Mandate and left, the State of Israel was proclaimed and local mobs that had been attacking Jews for years were joined by five Arab armies. The armistice in 1949 – for Jews, independence, for Arabs, nakba (tragedy or catastrophe) – did not result in a Palestinian state because the Arabs did not want it. Arab leaders never accepted Israel’s right to exist as a Jewish state and most still refuse to do so today.

In 1967, Israel, facing the threat of all-out war, conquered the Golan Heights (from Syria), the Sinai Peninsula and Gaza Strip (from Egypt), and Judea, Samaria and Jerusalem (from Jordan). Few questioned Israel’s actions. No one spoke of a Palestinian state; there was no “Palestinian people.”

Pressured by the Soviet Union and the Arab states, the UN adopted Resolution 242, which spoke of Israel’s military withdrawal from some – not all – of these conquered territories in the context of a final peace agreement. The question of sovereignty remained elusive and problematic.

Israel’s political echelon and Supreme Court refrained from asserting full sovereignty over the newly acquired areas, but, in the absence of any reciprocal gestures, agreed to allow Jews to return to Jerusalem’s Old City and Gush Etzion, where a flourishing group of settlements had been wiped out in 1947; and, striking a compromise, to build Kiryat Arba, near Hebron, where the Jewish community had been wiped out in Arab riots of 1929. Jews were permitted to pray at Me’arat HaMachpelah, an ancient building containing the tombs of the Jewish Patriarchs and Matriarchs, for the first time in 700 years.

Although free to leave UNRWA refugee camps, with new opportunities and challenges, Palestinians did not call for statehood, or for peace with Israel. The PLO, which claimed to represent Palestinians, was dedicated to terrorism, not nation building.

Many legal experts accepted Israel’s right to “occupy” and settle its historic homeland. The International Committee of the Red Cross, however, did not. Meeting secretly in the early 1970s in Geneva, the ICRC determined that Israel was in violation of the Fourth Geneva Convention. Based on The Hague Convention, GC IV was drawn up after World War II to protect innocent civilians and restrict brutal occupations. Unilaterally, the ICRC turned it into a weapon to delegitimize and demonize Israel.

All decisions and protocols of the ICRC in this matter are closed. Even the identities of the people involved are secret. And there is no appeal. Without transparency or due process, ICRC rulings became “international law.” Its condemnations of Israel provide the basis for accusing Israel of “illegal occupation” of all territory conquered in 1967.

That most of the international community accepts the ICRC and institutions such as the International Court of Justice (ICJ) as sole arbiters of what is legal or not, while condemning Israel, is understandable; that Israeli politicians and jurists cannot defend Israel’s legal claim to Judea and Samaria is not.

Were it not for biased ICRC and ICJ rulings, there would be no legal basis for condemning Jewish communities as illegal settlements.

For some, this is not a legal issue but a moral one: Jews should not rule over (“occupy”) others. So Israel withdrew unilaterally from nearly all of Judea and Samaria’s cities, towns and villages and turned over vast tracts of land to the PA/PLO as part of the Oslo accords a few years later in the Wye and Hebron agreements. 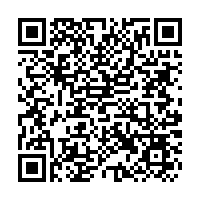