Numbers were at the heart of much of the coverage and commentary surrounding the fighting in May between Hamas and Israel. One example was the front page New York Times story and photo spread about the number of (mostly) Palestinian children killed. The images were accompanied by charges that because more Palestinians died, Israel must have used disproportionate force and therefore committed a war crime. By this logic, Nazi Germany was the victim in WWII and the US the unlawful aggressor, because 14 times more Germans than Americans were killed.

Beyond this, if one looks at the numbers from the May conflict more closely, they tell a very different story from that propounded by Hamas and most media outlets.


First, some baseline facts. In the 11 days of fighting between Israel and Gaza, Hamas and similar groups launched at least 4,360 rockets and mortar bombs (rockets, for short) at Israel. Of those, 3,573 penetrated Israeli airspace, 280 landed in the Mediterranean, and a significant 680 fell short and landed in Gaza (according to the Intelligence and Terrorism Information Center [ITIC]).

The obvious question arises: How many deaths in Gaza were caused by those 680 errant Palestinian rockets? Hamas might know, but of course it isn’t saying.

So estimates will have to do. As explained below, an analysis of the best information currently available indicates that about 91 Palestinians were probably killed by off-course Palestinian rockets.

To arrive at this estimate, let’s first look at the Palestinian targeting of Israel. Of the rockets headed for Israel, about 1,963 were ignored by Israel’s Iron Dome missile defense system after calculations showed they would miss populated and other sensitive areas, 1,450 were judged to be a threat and were intercepted by Iron Dome, and about 160 were missed by Iron Dome and hit protected areas.

This is extrapolated from the ITIC numbers above and from data published by Edward Luttwak regarding the number of projectiles missed by Iron Dome and that hit protected areas. A report by The Institute for National Security Studies at Tel Aviv University published numbers similar to Luttwak’s.

Thirteen Israelis were killed in the fighting, but not all the deaths were directly due to rockets or mortars. One of the Israeli victims was an IDF soldier stationed near the border who was killed when an anti-tank weapon hit his Jeep, and three Israeli civilians died after falling while running toward bomb shelters. Thus, nine Israelis were killed as a direct result of mortar or rocket attacks, which gives a measure of the lethality of the Palestinian projectiles. (Also note that it is a sign of how seriously Israelis take civil defense that three people were killed running toward a shelter).

On the Palestinian side, as of May 27 a total of 256 Palestinians were listed as killed in the fighting, according to the UN Office for the Coordination of Humanitarian Affairs.

There is direct evidence that some of these Palestinian deaths were caused by errant Palestinian rockets and mortars that fell in Gaza rather than in Israel. The NGO Defense for Children International-Palestine (an extremely anti-Israel organization) tweeted on May 11 that on the previous day, a Palestinian rocket landed in Jabalya in northern Gaza that killed eight Palestinians, including two children.

In another tweet, the same organization noted an explosion, also on May 10, in Beit Hanoun in which six Palestinian children and two adults were killed, though it could not confirm the cause. According to ITIC, those deaths too were caused by a Palestinian rocket that went astray.

That 16 Palestinians, including eight children, were killed in just one day by two errant Palestinian rockets underscores just how dangerous these projectiles are. Considering that 680 Palestinian rockets and mortars landed inside Gaza during the 11 days of fighting, this one-day toll suggests that a significant number of Gaza residents were killed by those weapons.

To really know how many would require evidence like radar intercepts, eyewitness testimony, and forensic examination of specific locations for each incident, none of which is ever likely to be available. In addition, Hamas has been known to remove evidence from sites where its own rockets caused the damage.

Despite these difficulties, it is possible to come up with a rough estimate based on existing data:

One way to estimate the impact of Israel’s civil defense is to look at the early stages of the Second Lebanon War (2006), which included sustained rocket fire by Hezbollah into Israel. This was before Iron Dome, and at a time when Israel’s civil defenses were not as robust as they are today. At the start of the conflict, Israel’s early warning system to alert people to seek shelter was not working very well, which reduced the system’s effectiveness. We will use this period as a rough proxy for Gaza, which has no civil defense system.

In the recent conflict with Gaza, Israel did have Iron Dome, but we can correct for that and determine the effect of civil defense alone by estimating how many Israelis would have been killed by rockets had Iron Dome not been present. Because Iron Dome shot down 1,450 threatening rockets but missed 160, and nine people were killed, the number who would likely have been killed without Iron Dome is approximately 9 × (1,450+160)/160, or about 91.

It should be noted that there have been other estimates of the impact of Israeli civil defense. According to The Effectiveness of Rocket Attacks and Defenses in Israel (Armstrong 2018), that factor is as high as 8.8, while according to Mass Casualty Potential of Qassam Rockets (Zucker and Kaplan, 2014, a study that looked specifically at the Israeli city of Sderot, which is adjacent to Gaza), the factor was between 3 and 9.

As a very conservative estimate, we will use the figure calculated above of 2.4, meaning that without Israel’s civil defense measures, casualties and deaths would have been at least 2.4 times higher.

We start by calculating, before any correction factors, the probable death toll from 680 errant rockets based on the lethality of the 160 rockets that landed in populated areas in Israel. This number is: 680/160 × 9, or just over 38.

However, because we’re looking at rockets that landed in populated areas in Israel, the relevant number is the population density for typical Israeli communities that have been targeted by Hamas rockets, such as:

Next we apply the civil defense correction factor, giving the final result: 38 × 2.4 = just over 91.

Recalling that on the first day of fighting 16 Palestinians were killed by Palestinian rockets and mortars, it is plausible to extrapolate an estimate that in 11 days of fighting, 91 Palestinians would be similarly killed.

There are several other factors and some possible improvements to be considered.

But perhaps its greatest spending has been on the construction of extensive tunnels and facilities under Gaza to hide its fighters, leaders, arms caches, and rocket launchers. Each mile of tunnel is estimated to cost $800,000. Up to 2014 alone, it was estimated that Hamas had spent over $1.25 billion on tunnel construction.

Consider how much good could have been done for the Palestinian people of Gaza had that money been spent on civilian development. Instead, even though Hamas knows full well that attacking Israel will provoke a response, rather than providing protection for Gaza’s civilians Hamas digs tunnels underneath those civilians—in fact, hides behind them—at enormous cost.

(Dr. Alex Safian is Associate Director and Research Director of CAMERA (the Committee for Accuracy in Middle East Reporting and Analysis) 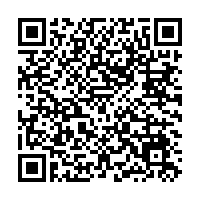