A few years ago, Israel left UNESCO together with the United States due to their anti-Israel bias. This came after UNESCO recognized the Tomb of the Patriarchs, the second holiest site in the Jewish faith, as “an integral part of the occupied Palestinian territories.” In addition, the international body has denied the Jewish connection to Rachel’s Tomb and the Temple Mount including the Western Wall, the holiest place in the world in Judaism.

At the time, Israel explained that they left UNESCO largely because they felt that they could not take a stronger pro-Israel stance than President Trump, who left the international body because they were anti-Israel.


However, now America has a new president, who likely will rejoin UNESCO, an organization that has become even more anti-Israel in the Jewish state’s absence. This makes one ponder, how should the State of Israel respond to this? After all, amid the pandemic, the Palestinian Authority desecrated Tel Aroma, a Hasmonean-era fortress in Judea and Samaria. Israeli activist David Ha-Ivri claims that UNESCO “doesn’t recognize it” as a heritage site nor have they done anything to “protect it.” Could things have been different if Israel remained in UNESCO?

Dr. Seth Frantzman, who is the executive director of the Middle Eastern Center for Reporting and Analysis, concerning UNSECO has written: “If there is some organization that is biased…the best way to deal with it is not to just run away and say, ‘well I won’t play’…it’s better to build confidence and alliances quietly and slowly and based on shared interests to increase one’s role.”

Indeed, the State of Israel is not the only country that claims that UNESCO is biased against it. Arye Gut, who is a political analyst that focuses on Israeli-Azerbaijan relations that heads the Azerbaijan House in Israel, argued that UNESCO does not care about all of the Azerbaijani mosques that were transformed by the Armenian authorities into stables for pigs and cows in the Nagorno-Karabakh region: “As a result of their occupation of Karabakh, Armenia destroyed 927 libraries, more than 60 mosques, 44 temples, 473 historical monuments, palaces and museums in these territories, and illegally removed 40,000 museum exhibits. However, there was no adequate response from UNESCO.”

At the same time, Gut noted that when there are no grounds, “some, including the leadership of UNESCO, are ‘very worried’ about the fate of Christian monuments in the territories liberated by Azerbaijan: “Azerbaijan, as a multicultural and tolerant country, ensures the protection of all cultural and religious monuments on its territory – whether Muslim, Jewish, or Christian. Only one fact – the recent major restoration by the Heydar Aliyev Foundation of the Albanian Church of St. Mary in the Gabala village of Nij, serves as a vivid example of this.”

Several publications about Armenia’s occupation of the Nagorno-Karabakh region have been prepared. “For example, in 2007, the book “War against Azerbaijan – an attack on cultural heritage” was prepared and presented to UNESCO. It contains a list of the cultural and religious monuments destroyed by Armenia in the occupied territories of Azerbaijan, detailing information about their deliberate Armenization, presenting Albanian churches as Armenian. However, there was no adequate response from UNESCO.”

The mission established by UNESCO and some states after Azerbaijan’s victory raises a number of questions for Azerbaijan: “Why hasn’t UNESCO sent a mission before? Why did UNESCO not react when mosques were destroyed in the occupied territories of Azerbaijan, when pigs and cows were kept in them?”

“UNESCO’s reaction gives the impression that Christian monuments are more important than Muslim and Jewish ones,” Gut added. “This indicates that while all religious and cultural monuments, regardless of their affiliation, should be protected, UNESCO and some political circles openly show discrimination on religious grounds. All of this is a clear example of political hypocrisy and double standards. It is obvious that the new reality that has emerged in the South Caucasus region because of the Azerbaijani victory worries many that cannot come to terms with this.”

“It is regrettable that UNESCO, either purposefully or unwittingly, has become involved in these processes,” he added. “UNESCO is an intergovernmental organization and must carry out its activities in accordance with its mandate in an objective and impartial manner. UNESCO officials should not promote the national agenda of the states of which they are citizens. UNESCO should not turn into an instrument of political influence of this or that state. This deals a tangible blow to her image and independence. Protecting cultural heritage is a universal human obligation and should not be used for political purposes. Azerbaijan’s position is fair and constant. That is, Azerbaijan, both yesterday and today, does not oppose the organization of a UNESCO mission. When security conditions permit, a clear mandate and composition of the mission should be agreed upon between Azerbaijan and UNESCO. It is necessary to respect the territorial integrity and sovereignty of Azerbaijan.”

It should be stressed that Azerbaijan did not respond to this perceived bias by withdrawing from UNESCO. According to Arye Gut, Azerbaijan’s Ministry of Culture is presently preparing a report on the status of all the cultural heritage sites in the Nagorno-Karabakh region (which is internationally recognized Azerbaijani territory) that were completely plundered and destroyed during 28 year the Armenian occupation of the area. Baku plans to submit it to UNESCO, so that Armenia will be forced to give a response for what they have done: “Crime against humanity must not go unpunished. Karabakh is Azerbaijani land, and any activity carried out there must be coordinated with Azerbaijan. Otherwise, it will be regarded as a direct disrespect for the territorial integrity and sovereignty of Azerbaijan, and there will be an adequate response. Just like in other spheres, Armenia must answer for the cultural genocide and terror carried out with the aim of erasing the trace of the Azerbaijani people on these lands.”

This makes one ponder, why can’t Israel do the same thing? Why can’t the State of Israel rejoin UNESCO, so that we too can prepare reports exposing how the Palestinian Authority is harming the cultural heritage of Judea and Samaria?

Now since President Trump is gone, perhaps the time has come for Israel to rejoin UNESCO. This way not only will every PA propaganda stunt have an Israeli reaction, but we too will have the ability to be proactive and to go on the aggressive in defense of Israel’s cultural heritage sites in the face of wanton aggression. 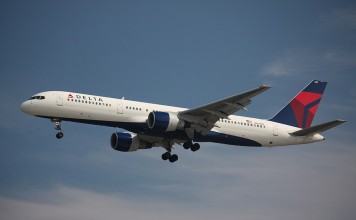 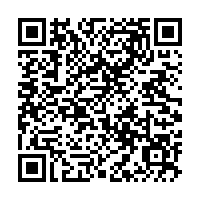