The recent reunion, in Washington, D.C., of activists from the Soviet Jewry protest movement was an opportunity to see old friends and reminisce about a bygone era. But for Philadelphia attorney Joe Smukler, it was also a time to reflect on the lessons to be learned from their unique, history-changing experiences.

Joe and his wife, Connie, were not cut from quite the same cloth as most of the Washington reunion attendees, who had been leaders of the National Conference on Soviet Jewry (NCSJ), the main Jewish establishment organization fighting for Soviet Jews. During the early days of the Soviet Jewry movement in Philadelphia, the Smuklers were leaders of a non-establishment group called the Committee of One Thousand.


“Admittedly, it was an optimistic name,” Smukler said in a recent interview. “The idea was that it would consist of one thousand local activists for Soviet Jewry. In reality, it was never more than a few dozen. But the energy and commitment of our members really sometimes made it feel like we had a thousand people.”

It was an era when idealists and activists were having a real impact on the world. “We saw the successes of the civil rights movement, and the anti-Vietnam war protests,” he said, “and we started to realize that we could really do it – that if we fought hard enough, we could open the gates of the Soviet Union.”

“The divisions and disagreements between the established groups and the activists were a source of great frustration for us,” Joe recalled. “I couldn’t stand the idea that the same kind of internal fighting that hampered American Jews during the Holocaust was happening all over again. So in Philadelphia, we basically forced a merger of the establishment elements, the activists, and our committee. We called it the Philadelphia Council for Soviet Jewry, and I am proud to say that it was a model for unified action. It was more activist than the traditional, established groups – but at the same time, it was respectable enough to be taken seriously in the halls of power.”

Ensuring that the mistakes of the Holocaust years were not repeated was a major factor motivating Joe Smukler’s involvement in the fight for Soviet Jewry.

“Arthur Morse’s book While Six Million Died was a very significant influence,” he said. “It appeared just when the Soviet Jewry movement was starting to take shape. Morse articulated what many of us knew in our hearts, but which nobody had ever documented before – that the Roosevelt administration could have saved many Jews from the Holocaust, but it chose not to. And that American Jewish leaders could have influenced President Roosevelt to intervene for the refugees – but they were afraid to speak out.

“Later, other scholars published additional research revealing even more about America and the Holocaust, such as David Wyman’s The Abandonment of the Jews. It was all kind of a shock to us. I grew up in Strawberry Mansion, where many Jews looked at FDR not only as a hero, but almost as a deity. My opinion changed when I learned that he did nothing when he could have done something, for the Jews under Hitler. Of course this does not at all diminish our respect for his leadership in World War II and everything he did for America. But how can we ever forget the St. Louis, or the farce of the Bermuda conference? How can we ever forgive him for not acting when he had the opportunity to save Jewish lives?

“The new books about Roosevelt and the Holocaust were extremely important in shaping our perspective. We were determined to prevent another abandonment. We resolved to never again respond to Jewish suffering with silence. The Holocaust became our frame of reference.”

At rallies, in speeches, and in the literature of the movement, there were frequent allusions to the slow response of American Jews to Hitler and the need for a more effective and outspoken response to the persecution of Jews in the USSR. 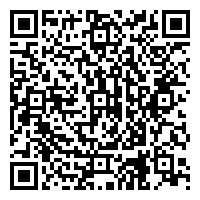