People in Israel are beside themselves, wanting to know what they can do for distraught Jewish communities facing disaster in Florida and Texas.

Gilad Katz, newly arrived Israeli consul in Houston, whose home was also totaled, gave a wide ranging interview to the Makor Rishon news paper in Israel, in which he described the destruction that Jewish families and Jewish institutions had to cope with.


One of the first insights that the Israeli consul shared was that Jewish families who face such an economic reversal will now find it impossible to pay Jewish Day Schools, where tuition can come to $20,000 per child.

The option of sending a child to public school would simply deprive that young Jewish soul of Jewish education, while forcing a Jewish child to learn in a Non Jewish environment.
This is where Israel can step in. The cost of Jewish education in Israel is minimal.
Vast resources exist in Israel and the Jewish Agency to provide immediate scholarships for Jewish children facing disaster enroll in schools throughout Israel.

Each and every community in Israel must now organize hospitality committees, to welcome Jewish children from the diaspora to stay with them for the duration of their studies, and to help them with every aspect of post trauma Aliya.

While Jews from the US had always viewed the idea of relocation to Israel, even for a few years, as a matter of choice. For Jewish communities who have faced total loss in the wake of Hurricanes Harvey and Irma, the welcome of Jewish young people to learn in Israel is not a matter of choice.

This will be a question of their very survival as Jews.

Day School Jewish education remains the recipe for survival of Jews in the US, where the scourge of assimilation is difficult to cope with.

If a child cannot get a Jewish education because of a natural disaster, let us in Israel reach out to that child and welcome each student into our homes, our schools, and our hearts as we prepare for Rosh HaShahanah.

This is the time for every community in Israel, to conduct a survey, to see who has warm family and friendly school that could welcome a Jewish student from an American community in distress.

Full disclosure: My sister Helen and I were the products of a wonderful Jewish day school, Akiba Hebrew Academy in Merion, Pa.
The only time I ever saw my father cry was when he told me that I received a scholarship to study at a day school, so that I could get a Jewish education that he never had. 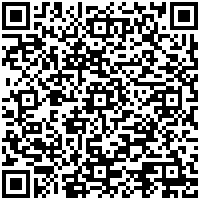