Okay, that headline is not true. But I wish I had. The obvious takeaway from this week’s annual AIPAC Policy Conference in Washington D.C. is that Ambassador Nikki Haley is more of a superhero than Gal Gadot’s Wonder Woman.

Haley’s meteoric rise from governor of South Carolina to superstar U.S. Ambassador to the United Nations exemplified the tone of this year’s “Choose to Lead”-themed conference. If you choose to lead, things will happen – good things. Possibly, as #45 would say, even great things.


To understand what attracts more and more people each year to pay $599 (less if you sign up early or through your religious institution) to attend this three-day gathering, just think “lovefest for Israel.” Indeed, I heard people joke that AIPAC is the best therapy for anyone feeling depressed. More than 18,000 attendees – mostly Jews, but Christians, Muslims, and others too – come together to “just be together” as they both celebrate America’s long-standing relationship with Israel and lobby on Capitol Hill on behalf of Israel.

AIPAC invites you to join a big, mostly apolitical club where everyone is happy to pay to be a member. This feeling of “club participation” reaches deeply into the very basic human desire to belong to something greater than oneself. I experienced this desire two weeks ago when I went skiing. My dad had warned me before I left: “You know, Jason, at your age, everyone gets injured. So be careful.”

Naturally, I got injured. As I was falling and hearing my calf muscle tear, I could think of only two things. 1) How am I going to tell my dad? 2) I’m thrilled to finally belong to the club of people who have been injured – but not seriously – while skiing.

I know that sounds silly, but the experience truly gave me a sense of belonging I didn’t possess before the injury. How much more appropriate, then, is this same feeling when joining AIPAC in its mission of spreading love and support for Israel.

I can’t say I had the greatest food experience last week. But you don’t go to AIPAC for the food. You go to nourish your soul. You go to recharge your spiritual batteries so you can return home energized to do what you we were all put here to do – which is the Jewish mandate of making the world a better place. Political consultant Frank Luntz said it best. “AIPAC wants the message to go out that the world would be a better place if people were interested in building schools, not terror tunnels; buying books, not bullets.”

AIPAC is also great for networking. Due to the number of sessions and breaks between sessions, the opportunities to meet people are legion. And despite the fact that some people pay upwards of $100,000 to get better seats, everyone is approachable at AIPAC. In the span of a few minutes, for example, I was able to speak with the chairman of a $43 billion dollar bank and the deputy for Ambassador David Friedman.

If you take the first step of choosing to lead, great things can happen. Don’t be foolish like me and look to ski slopes for clubs to join. AIPAC offers a much more fulfilling alternative that can transform your desperate need to belong into a destiny of participating in a righteous journey to fulfill your higher purpose. 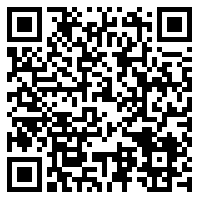