Orson Welles pulled off one of the greatest stunts of the 20th Century. His famous “War of the Worlds” broadcast in 1938 was so exquisitely produced and delivered that hundreds of New Jersey residents left their homes in panic while others searched the woods for the Martians described in horrifying detail over the radio. When people believe, even something that is wild and completely false, they can do almost anything. And this is the story of the supposed climate emergency.

We have been told since the eighties—after the years of worry of a new ice age—that the world was not only heating up but it was specifically heating up because of human activities that released carbon dioxide, methane and other “greenhouse gases”. The theories put forward ignored solar activity, contributions of forests and seas, weather effects like El Ninos and the like. No, only mankind with its barbecues, SUV’s and flatulating cows, is the sole cause of the future destruction of the environment and in a short time the entire world. The New York Times has reported that many younger couples do not want to bring children into the world out of fear for a future climate apocalypse.


When one looks at those who make the most noise on the threat facing mankind, he kind of sees that they really do not believe in their own theories. President Obama has purchased several multi-million dollar houses a stone’s throw from the ocean. His pal, John Kerry, is trying to set a Guinness record for frequent miles on his own private jet. The supposedly terrified billionaire set and Hollywood divas do not leave their energy-intensive mega-mansions or give up the private planes they use to fly to Davos and Aspen, yet those homes and planes use up enormous amounts of energy and generate millions of tons of carbon dioxide, the supposed bane of the environment. If they really believed in the grave threat of anthropomorphic carbon dioxide, they would move into small, net zero energy homes, eschew air travel and get electric cars in place of their sports cars and limos. The fact that they live high while hectoring the masses only proves that it is all a scam, and the high priest of global warming, Al Gore, and his minions really don’t believe a word of what they are saying.

And why should they? For decades, we have been subjected to dire predictions of islands and shorelines vanishing due to the inevitable rise in sea levels. But other than the usual erosion, nothing seems to be happening. We were told that there would be more hurricanes and they would be worse; legitimate data would suggest the trend is in the other direction. If anything, the only noted effect of increased CO2 in the atmosphere is the conversion of barren desert regions into fertile growth centers. The charade would be acceptable if the only outcome of the campaign was people buying more electric cars and natural gas replacing dirty coal. But the worst is yet to come, and for the first time in history, we may witness blackouts and people freezing to death for purely ideological reasons and not because of war, natural disaster or other physical phenomena.

Under normal circumstances, blackouts or lack of energy are due to easily understood reasons. A massive thunderstorm destroys an electrical relay station and certain homes and businesses lose power. The 1973 Arab Oil Embargo was clearly the result of a deliberate attempt to cut off US oil supplies, and the result was high gas prices and long lines at the pump. Again, lack of energy or a loss of electricity could be explained by natural or human phenomena but not on an ideology that would prefer that people suffer in place of generating more electricity or supplying more gas, things that are completely possible with the resources and know-how that exist today.

The US has the largest known reserve of hydrocarbons in the ground. Were the US to increase fracking and drilling for new oil, prices of energy and food would be stable and eventually would go down. Instead, the left-leaning ideologues have made statements that they want to put the oil companies (and their employees and businesses dependent on them) out of business and that there will be no new drilling on Federal land. In Europe, closing of nuclear plants as well as retirement of coal-fired power plants has left several countries at the total mercy of Russian energy. The Russians have shown their ability to shut down Nordstream 1, and France has asked its citizens not to use air conditioning while Germany is preparing for heating centers for people who will not have heat in the upcoming winter. These are first-world countries? It used to be that if a person could afford air conditioning, then he/she would simply flip on the A/C and enjoy it. But more and more, officials in ostensibly advanced countries are asking their citizens to do without air conditioning and other perks of living in modern societies. In California, blackouts are common, as the local electric company—instead of being allowed to clear trees near their facilities—simply turns off the power when the wind gets too strong. After being sued for several forest fires and resulting deaths, the heads of the electric company would rather keep people in the dark and without cooling or heating rather than face additional lawsuits from fires caused by their outdated sparking equipment.

When I was a graduate student in Madison, I had to take a course in physical chemistry. I remember one experiment in which we mixed two chemicals and we had to measure the amount of energy released by their reaction. In order to perform the experiment, we needed to isolate the reaction chamber from the environment by placing the glass vial into a large, thick Styrofoam box. Any heat lost to the environment or any heat added from the outside would throw off our calculation. Every experiment needs to be isolated from potentially interfering factors. Yet, when they talk about the role of greenhouse gases, they cannot remove the sun or the seas or their contributions to the overall climate. There is no way to run a control experiment that removes all of the other contributing factors to temperature, climate and climactic events. Before I started my undergraduate days at Harvard, I painted two houses with a friend to make some spending money. I remember that summer, 1983, in Chicago. Every day was over 90 degrees Fahrenheit and over 90% humidity. “90 and 90” they called it, and I felt it as I was covered head to toe to keep clean of the house paint. Nobody said that it was a climate emergency or proof of heating. It was a hot, humid summer for Chicago on Lake Michigan.

When the preening celebrities, dishonest professors, washed-up royals and bored billionaires tire of the climate scam, they will move on to their next cause, which today would appear to be transgenderism. The problem is that a lot of damage will have been done. Sri Lanka has had a coup after the government was forced by the World Bank to reduce use of oil-based fertilizers. Crop yields dropped and hunger set in. Holland is in the throes of protests by farmers who also do not want their livelihoods destroyed by the whims of the jet-setters of the World Economic Forum. Canada has said that it also wants to reduce fertilizer use—all for the purpose of following an ideological course of action on a non-existent climate crisis. But let’s say that there really is a crisis, and everything the “experts” say is true. China, Russia, and India are smart enough to know that a government exists to advance the well-being of its citizenry. They will continue to build and use coal-fired power plants (average: a new one every two weeks) and their generation of carbon dioxide will far outweigh whatever reductions may occur by the West making its citizens sit in the cold, suffer without air conditioning, pay through the nose for gas and heating oil. Again, there is plenty of hydrocarbons to tap and use to make life better and nuclear generates no carbon dioxide. Ideologically, the Left cannot stand it and would rather have the masses suffer (they never give up their travel or big houses) to please the green goddess of climate than let the people live the best lives possible. Many think that the best of the US is behind us. If the climate zealots get their way, they may well be right. 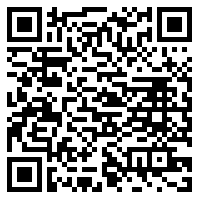