The Syrian Army breaches the DMZ for the first time, breaking international law.


Israeli tanks fired shells at a Syrian army position under construction within the internationally recognized DMZ between Israel and Syria.  Considering that Syria is in direct cooperation with Iran and Hezbollah, the move to build a permanent base in what should be a demilitarized area has now inflamed an already tense situation.

The IDF said they fired the shots because the Syrian army’s actions is in direct violation of the 1974 truce agreement between Israel and Syria. The agreement “prohibits the entry of heavy construction tools or military vehicles into the demilitarized zone.”

The actions by the Syrian forces while not severe from a military standpoint, represent a serious escalation because it directly challenges Israel’s assertion that the IDF would in fact push back on Iranian influence so close to Israel’s border.

Does this mean war is about to break out?  No.  But the escalation is certainly leading the region in that direction.  It also  calls into question the IDF’s defensive posture as unsuitable for an enemy looking to push forward and win. Look for increasing skirmishes along the Israeli-Syrian border region on the Golan Heights.  With Syria and Hezbollah beginning to encircle Northern Israel, the IDF has become increasingly prepared to attack within Syria to push back on the Iranian led advance. 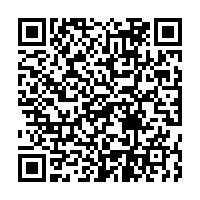