All decent people should be outraged at the terrorist groups in the Gaza Strip that fired 698 rockets at Israeli civilians, killing four, injuring 234 and traumatizing thousands of innocent children. Imagine what other countries, including the United States, would do if lethal rockets targeted their civilians. Yet, Israel has responded with restraint. To be sure, 30 Palestinians were killed and 154 injured by Israeli efforts to stop the rocket rampage. Many of these were terrorists, but some were civilians who were put in harm’s way by the terrorists.

These deaths and injuries were caused by the tactic employed by Hamas and Islamic Jihad: they deliberately place their rocket launchers in densely populated areas — near schools, hospitals and mosques — in a deliberate effort to maximize Arab civilian casualties. This has been called “the dead baby” or “CNN” strategy. The goal is to have CNN and other media show the children and other civilians that Israeli counter-measures have inadvertently killed in trying to stop the terrorist rockets from killing Israeli children and other civilians.

Tragically, this strategy works, because with the media, “if it bleeds, it leads.” The visual media loves to show dead and injured children, without explaining that they are actually encouraging such casualties by playing into the hands of the terrorists.

In a tweet following the rocket barrage, Omar justifies the double war crimes committed by terrorists who target Israeli civilians while using Palestinian civilians as human shields. She asks rhetorically, how many “rockets must be fired, and little kids must be killed until the endless cycle of violence ends?” This implies that these war crimes are justified by what she calls the “occupation and humanitarian crisis in Gaza.”

Does Omar not realize that Israel ended its occupation of Gaza in 2005, when Israel removed every soldier and settler from that area? Gaza could have become Singapore on the Mediterranean, with its port and location. The Israelis left behind greenhouses and other facilities. Europe and Qatar poured money into the Gaza Strip. But Hamas — which forcefully took over from the Palestinian Authority — decided to turn it instead into a large-scale rocket launcher. Instead of using its newly acquired resources to provide humanitarian benefits to its residents, it used them to build terror rockets and tunnels that targeted Israeli civilians. This forced Israel to take counter-measures to protect its citizens. To use the “occupation” — there is no longer any occupation — as a justification for why “rockets must be fired” is to show both ignorance and bigotry.

Nor is Omar alone in blaming Israel for the rocket attacks on its civilians. The ADC (American Arab Anti-Discrimination Committee) issued a statement condemning Israel for “targeting and killing Palestinian civilians, including children and infants.” Irresponsibly, it never once mentioned the firing of 698 rockets by the rulers of Gaza that target Israeli civilians, and it never mentioned the sad reality that Hamas and Islamic Jihad deliberately use “Palestinian civilians, including children and infants” as human shields in order to increase the number of Palestinian civilians who are inadvertently killed or injured by Israel’s legitimate efforts to protect its civilians from unlawful rocket attacks.

The conflict in Gaza will only get worse if terrorism is encouraged by the lies of commission and omission told by Omar, ADC and other supporters of Hamas and Islamic Jihad. All decent people must try to discourage the targeting of civilians by terrorist rockets and tunnels. A good beginning would be to tell the truth.

I write these words from Israel, which is now commemorating the many soldiers who have fallen during its years of fighting against those who would destroy the nation state of the Jewish people. Israel is also celebrating its 71st year of independence. No nation has contributed so much to humankind in so short a period of time. No nation faced with threats compared to those faced by Israel has ever had a better record of human rights, compliance with the rule of law or concern with avoiding civilian casualties. The world should join Israeli in celebrating its 71 years of statehood. The world should also recognize that if Israel’s enemies stopped attacking its citizens, there would be peace. But if Israel stopped defending its citizens, there would be genocide. 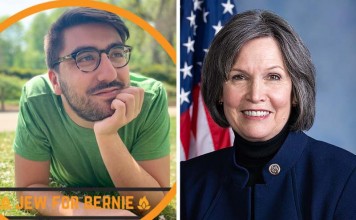 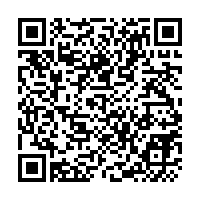