For many of us, the world’s hypocrisy when it comes to Israel is self-evident, and the double standards applied to the only Jewish state are clearly anti-Semitic. Typically, we think about these biases when issues arise directly related to Israel, but it may be even more obvious to others if we consider the likely response if Israel engaged in some of the policies and activities of other countries.

Imagine the reaction if …

The European Union’s highest court ruled in 2020 that countries can ban ritual slaughter (including by Jews) to promote animal welfare. How loud do you think the condemnation would be if Israel told Muslims how to practice their religion?


Look at the furor over Israel’s activities related to the Temple Mount even as tens of thousands of Muslims were praying there on their most recent holy day.

In another ruling, the E.U. court said companies could ban the hijab if justified by an employer’s need to present an image of neutrality to customers. France has prohibited the wearing of headscarves in state schools since 2004. Unlike the Europeans, Israel does not feel threatened by Muslim attire, and women can be seen in hijabs at the beach in Tel Aviv and the streets of Jerusalem.

France first enacted a ban in 2010. In April, Switzerland became the latest European country to ban the niqab. Other countries with full or partial bans include Belgium, Bulgaria, Austria, Denmark, the Netherlands and Norway. It is inconceivable that Israel would consider, let alone get away with, fining or arresting women for wearing veils.

In 2010, the Swiss constitution prohibited the construction of minarets. Israel would never do this, of course, but we have an indication of the reaction from what happened when Israel temporarily silenced the loudspeakers from minarets in the Old City so they would not drown out Yom HaZikaron ceremonies at the Western Wall. A Jordanian official called the action a “provocation against Muslims around the world and a violation of international law and the historical status quo.” UNESCO’s executive board unanimously adopted a resolution condemning Israel.

According to Human Rights Watch, India’s “Prohibition of Unlawful Religious Conversion Ordinance requires anyone wishing to convert to seek approval from the district authorities, carrying a punishment of up to 10 years in prison for converting another person through coercion, fraud, misrepresentation or inducement. While this law ostensibly applies to all forced religious conversions, enforcement has largely targeted Muslim men in Hindu-Muslim relationships.” The law is aimed at discouraging Hindu women from converting to marry Muslim men. Jews and Christians are not barred from converting to Islam in Israel.

Again, we have an inkling of how Israel would be treated based on the criticism of Israel’s security-based law (which recently failed to be renewed) barring Palestinians from the West Bank who are married to Israelis (in most cases Muslims) from becoming Israeli citizens.

France passed just such a law last week. The Israeli government is certainly concerned with Islamic extremism; nevertheless, there are no restrictions regarding Muslims in employment (outside of some national security sectors), education is compulsory, but parents can obtain exemptions to homeschool, and Jewish extremists are surveilled as well as radical Muslims. The best indication of Israel’s tolerance of the type of separatism the French fear is the presence in the Knesset of Arab politicians who object to Israel being a Jewish state and an Islamist who was welcomed into the government coalition.

Alas, we don’t hear calls for a jihad against Europe. The United Nations does not pass resolutions condemning the various ways in which Muslims are discriminated against outside of Israel. Human Rights Watch and Amnesty International do write reports to promote the narrative of widespread “Islamophobia,” but unlike those published about Israel, they get little attention. Progressives and advocates for Muslims who scream “Islamophobia” at the faintest criticism of Islam or Muslims are silent. Students on college campuses do not rally for an end to the discriminatory practices of European governments against their Muslim citizens.

Advocates of Israel can complain about the double standards, but they are not going away. This is the battlefield on which they must fight. 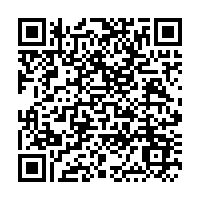