At AIPAC this year, I decided to ask attendees why they came. For many, it was witnessing Jewish and non-Jewish leaders publicly share their love for Israel. For others, it was participating in “un-taped, private briefings” where information is revealed that you can’t find online or in newspapers.


For still others, it was experiencing intimate up-close access to politicians, celebrities, authors, and pundits. For example, after Havdalah, many of us met the writer and star actress of the Israeli television series “Fauda” and attended the international premiere of the first episode of season 3.

Most of all, people seemed to enjoy taking a break from their daily lives to reconnect with old friends or meet new people from different cities and different perspectives.

I share all this as an introduction to why every Orthodox Jew should come to AIPAC at least once in his lifetime. Committed Orthodox Jews know they’re supposed to emulate Avraham who opened all four doors of his tent, embracing people from all walks of life. Yet, the prospect of spending Shabbos at AIPAC with 4,000 non-Jews and 14,000 Jews – many of whom are not observant – has not historically appealed to them.

I think it’s a comfort zone thing. Our Orthodox lifestyle often means we’re surrounded by a homogenous set of friends who daven in the same shuls, eat in the same restaurants, and send their kids to the same schools and yeshivos.

The further right you are on the religious spectrum, the more likely that the people you see daily are Orthodox as opposed to Conservative, Reform, or non-practicing. It’s not that we chas v’chalilah avoid our Jewish brothers and sisters; it’s just that we live in an upside down world where the larger the world gets, the smaller our world actually becomes.

We’re not the only ones who gravitate to like-minded people. Living inside echo chambers is the trend these days. Americans increasingly only access news that reflect their views. They make friends with people who share their values. They avoid situations that “stress them out.” Polarization is easier than embracing the “other” in your life.

But the problem with this mode of behavior is that diversity and difference are often what challenge us to grow and improve. And the Abrahamic imperative requires us to meet people who may not look or think exactly like us.

Which is why AIPAC is so important. It is the modern-day antidote to our schismatic malaise. People come to AIPAC to support the America-Israel relationship with a diverse array of people. AIPAC attendees don’t leave their religious or political identities behind. On the contrary. Yarmulkes are proudly displayed and party affiliations are clearly evident in the responses to speeches by prominent Republican and Democrat politicians. It’s very easy to notice who’s standing and clapping and who’s sitting silently in protest, biting their tongues or gritting their teeth.

Yet, the critical point is that everyone is sitting in the room together as one nation under G-d. Everyone is respectful. No one heckles. Everyone is treated with dignity. Opinions and beliefs can divide us, but only if we choose to be divided. If we don’t, we have, what Lord Rabbi Jonathan Sacks calls, the “dignity of difference.”

The Torah commands all Jews to come to the Beit Hamikdash and serve G-d together three times a year. AIPAC is an echo of that unifying experience.

I will admit that there is one glaring paradox in the AIPAC unity experience: Attendees are divided based on their economic contributions (as a way of incentivizing people to increase their financial commitments). Thus, regular attendees get a blue lanyard; a first donation commitment gets you a red lanyard; and the highest donors ($100,000 or more) get a purple lanyard and entrée into the “Minyan Club.”

Some people mutter about this classification system, but I think it’s misplaced. Just like a first-class plane ticket gets you pre-boarding, better food, and better seats, so too bigger donations get you certain perks at AIPAC. Clearly, AIPAC needs donations to do its work in Congress, and it makes sense that if you give more you should get more.

Even the Torah endorses economic divisions. On Sukkot, for example, people are encouraged (for the sake of hiddur mitzvah) to buy more expensive lulavim and etrogim even though obviously only part of the population will be able to do so.

At the same time, once a year, all Jews – rich and poor alike – must give a machatzit hashekel, not more and not less. No matter how big your bank account, you can’t give more than the half-shekel that everyone else is giving. This commandment is the great equalizer.

And that leads me to the secret I discovered this year at AIPAC. I’ve been attending AIPAC conference for five years now, but this was the first time I came for the Shabbaton preceding the conference. And I’m glad I did since – like the machazit hashekel – it was a great leveler. Although everyone wore different colored lanyards, each attendee ate the same Shabbat food, attended the same speeches, and enjoyed the same amazing Friday night oneg sponsored by Yehuda Neuberger from Pikesville, Maryland. And during davening, everyone said Kaddish in one voice.

On Shabbat, as it should be, each person’s commitment to AIPAC was reduced to its essential atomic value. Everyone was just supporting Am Yisrael and “enjoying the vibe.”

After five years of attending AIPAC conferences, I have concluded that what I love most about AIPAC is simply being among my fellow Jews and experiencing a similar feeling to the one I get when I daven Vatikin at the Kotel as the clock strikes sunrise and all the minyanim begin saying Shemoneh Esrei in unison.

AIPAC is a great unifier.

When I left to the airport for my first AIPAC convention in Washington this weekend along with 20,000 other people, I didn’t know what to expect. I’m not a very political person, but I am a hardliner for anyone who supports the holy State of Israel, is good for Jews, and is good for America. Add to that my brother Jason treating me and, well, how could a nice Jewish boy like me say no?

I was part of the Shabbos program that was held prior to the big event, and the speakers – from generals and ambassadors to thought-provoking rabbanim like Aish Hatorah’s Steven Burg – were all fantastic. The Friday night desert room was filled with chulent, kugel, pastrami, and an array of fine scotches.

The lecturers spoke of Israel’s resilience in continually defending itself, of its constant mind-boggling technological and medical advances, of it always being the first country to offer humanitarian aid to countries in need, of its military constantly uncovering hidden terror tunnels through new technology, and of the pain of those whose lives have been shattered because of terror.

Vice President Pence declared his unyielding support for Israel, as did former New York Mayor Bloomberg. One presenter spoke of hundreds of artists from around the world who were brought to Israel to see it for themselves and then paint the truth. Another discussed a rare piece of music once played by a famed jazz musician who flew to Israel in the 1940s to entertain. It was thought to be lost, but a copy of the original sheet music was recently discovered, and a symphony played it live at AIPAC, which was very powerful.

AIPAC also honored the holy memory of Dr. David Applebaum and his daughter Nava, z”l, who were brutally murdered in a terror attack some 16 years ago.

Generals showed us actual satellite pictures and videos of bomb-manufacturing plants and tunnels throughout Lebanon and spoke about our constant need to be 10 steps ahead of our enemies – which, thank G-d, we are.

One nice Christian amazingly came to the conference because he simply could not believe that this tiny country called Israel could accomplish all the things it has in less than 75 years.

It was a great weekend, but most of all, it was an opportunity to give support to our holy homeland. As Bloomberg said, AIPAC is rare because it’s hard to get Jews to agree on anything. Yet, at AIPAC, we all sat under the same roof – each with his or her own different political and religious affiliation. That says something.

I suppose the most moving moment for me was Rabbi J.J. Schacter speaking about his father serving as a chaplain in the U.S. Army in 1945 when it liberated Buchenwald concentration camp. One of the first children his father saw was a boy of seven years old standing next to a heap of bones. The chaplain picked up the boy, unaware that this child was a part of a rabbinic dynasty spanning 39 generations. That boy was former Israeli Chief Rabbi, Rav Yisrael Meir Lau – who suddenly appeared on stage holding Rav Schacter’s hand. 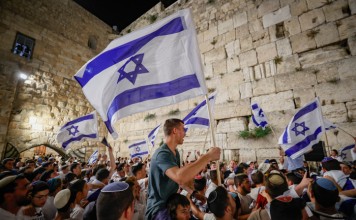 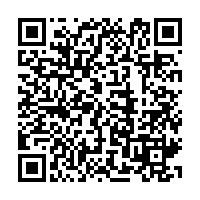