Two drastically different laws recently passed the New York City Council. One will make the New York City Police Department a better agency; the other may open it up to endless lawsuits and could hurt the NYPD’s ability to police effectively. That’s why I voted for the first law and voted against the second one.

The first law, which I proudly supported, creates the position of inspector general to oversee the police department and make sure its policies and procedures are effective. This is a very important piece of legislation. I have always stood for greater transparency, accountability and openness in all aspects of government, whether it’s the annual budget process where I invite every organization to apply for funding or when I demand transparency from agencies like the MTA. The people of this city deserve to know exactly how their money is being spent and how our laws are being enforced.


This legislation simply creates independent oversight similar to what is in place in the next five largest American cities. The model works so well that our nation’s finest law enforcement agencies, including the CIA, FBI and Department of Homeland Security, all have inspectors general. Even the IRS has an inspector general and thanks to its work we now know that the IRS was targeting conservative and pro-Israel groups for additional scrutiny when they applied for non-profit status. Simply put, the more powerful the agency, the greater the need for oversight to ensure that our citizens’ rights are being protected.

The inspector general would review NYPD policies and procedures and then make nonbinding recommendations to the mayor and City Council. It would ultimately create a safer New York by protecting citizens against illegal police practices, improving police-community relations, fostering more accountability at the NYPD and bringing greater efficiency to the department by eliminating waste. What will emerge is a stronger NYPD that’s more responsive to New Yorkers.

On the other hand, the last thing I want to do is make our police officers’ jobs more difficult and our city less safe. That’s why I voted against the second law – known as the stop and frisk legislation. This legislation expands the definition of what is considered bias-based profiling by preventing police officers from using characteristics such as age, gender, race or national origin as the reason for conducting stop, question and frisks in New York City. Even worse, it opens up police officers to individual lawsuits if any person they stop believes they were stopped for the wrong reason.

I firmly believe in an open, tolerant, bias-free New York City where we are not judged on the basis of the different characteristics that make each of us unique. However, I am concerned that this legislation will impact one of the most fundamental aspects of policing – the ability for an officer to act on information he receives from a crime victim regarding the suspect’s race, age, or other factors that will help in identifying and then questioning a suspect.

It is already illegal to conduct bias-based profiling, and there is no need for legislation that will make the job of police officers that much harder and open up individual police officers, who are simply doing their jobs, to endless lawsuits from aggrieved individuals.

Much of the basis for this legislation is the legitimate debate over the NYPD’s use of its stop, question and frisk program to prevent crime and get guns off our streets. While there are some important questions about the overuse of this tactic, no one denies that stop, question and frisk is one of the tools that has lowered crime in New York City. I am all for debate over how this practice is used or whether it is overused, but to pass a law that would force individual police officers to go to court to defend a routine part of their jobs seems excessive.

One of my top priorities – and greatest responsibilities – as a City Council member is to make sure the NYPD has the ability to keep every New Yorker safe. Nothing is more important than knowing my constituents can safely walk down their streets without fearing for their lives or personal safety.

When I grew up in the city it was not an uncommon occurrence for people to get mugged or to have their cars stolen or their homes broken into. Happily, those days are long gone. The NYPD is doing an incredible job of keeping crime at record lows and increasing safety in our neighborhoods. We can always do better, which is why I am proud to support the creation of the position of inspector general to improve policing here in New York City and why I voted against stop and frisk legislation that may prevent ordinary cops from doing their jobs.

After all, my job as a councilman is to represent my constituents, but it’s also to look after the city’s employees – in this case our police officers who put their lives on the line for us every day. My votes on the two bills will make New Yorkers safer while protecting the cops on the beat. 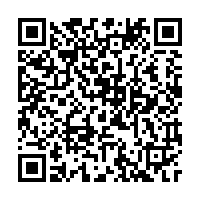