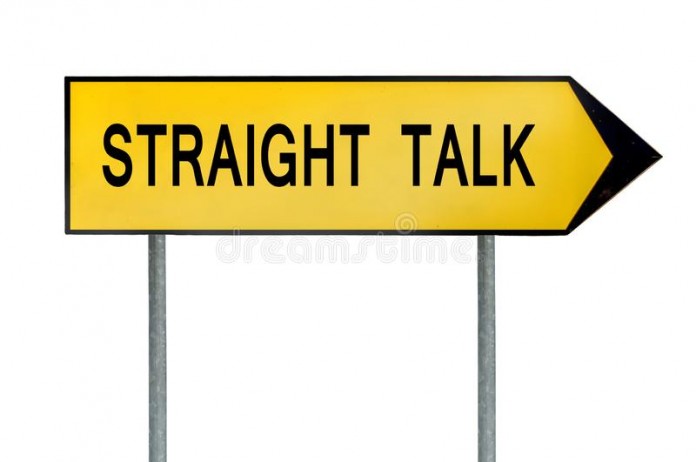 America’s institutions are failing abysmally, and our ideals are starting to lose all meaning. Most of the trouble has to do with a ferocious aversion to truth.

The public has very little confidence in government. All this polarization makes consensus-building impossible, and America’s leadership role in the world seems to have evaporated.


There’s even less public trust in the media, which has forsaken news for the higher truth of politically correct, intersectionally-sound opinion. Each day our favorite “news” outlets underscore what we are to think and what we are not to say. And we dutifully oblige them rather than change the channel or log off.

High-tech tycoons live like Caesar and amuse themselves with the bread and circus of social media, which entertains the mob with falsehoods and covertly invades their privacy. Alexa and Siri are more like yentas than artificial intelligence. They hear everything within earshot, and then bombard us with ads about clearance sales and cruise vacations.

The life of the mind was once the province of our universities. Now they hand out life sentences in stupidity. Walking around campus with a head full of grievances and parroting anti-racist slogans all but assures a spot in Phi Beta Kappa.

The marketplace of ideas has shut its door, indefinitely. The tedium and uniformity of groupthink have tragically reduced all of our consumer choices. Dull and derivative is all that remains on the paltry prix fixe menu of what passes for thoughtful, essential and inspiring ideas.

School children are taught the protocols of Critical Race Theory, where overachievement is racist and grounding a student’s gender and identity is more important than reading, writing and mathematics.

Self-censorship has become more viral than all the COVID variants combined.

And worst of all, by all appearances, those responsible for these social pathologies—and the damage to our culture—couldn’t care less about what they have done.

You can’t get a straight answer out of anyone these days. Here are some recent examples of head-spinning doublespeak:

President Joe Biden knows that inflation was a concern long before Vladimir Putin invaded Ukraine, but still blamed rising prices on Russia’s president. And, yes, we were initially told that the purpose behind imposing economic sanctions was to deter Russian aggression. This past week, however, Biden had a very different recollection.

Judge Ketanji Brown Jackson is eminently qualified for a seat on the Supreme Court. She will be a distinguished Associate Justice, even if her interpretation of the Constitution differs from your own. But during her confirmation hearing, she refused to offer an opinion on court-packing. Former Justice Ruth Bader Ginsburg and sitting Justice Stephen Breyer, ideological liberals like Judge Brown Jackson, both stated their objections to the idea.

Indeed, her confirmation hearing left many questions unanswered. Does she feel that long-term incarceration undermines the goals of punishment? When she refused to get pinned down on the definition of a woman, was that an indication that she doesn’t believe that biological sex is determined at birth? In these days of increasing public focus on the rights of transgender people, it might have been interesting to hear her discuss the law as it may evolve.

Finally, as a board member of the Georgetown Day School, with its avowed anti-racist, gender-identity orientation, why not take a moment to let Republican senators know that they have nothing to fear from Critical Race Theory? Sen. Ted Cruz quoted from a children’s book assigned at the school in which the claim is made that white babies are born racist. Judge Brown Jackson thankfully said that she disagreed with that view, but her testimony came across as if she had never heard Critical Race Theory discussed anywhere outside of law schools, and certainly not at the Georgetown Day School.

Cruz was incredulous. So were many.

It may be true that if Judge Brown Jackson had been more forthcoming, it might have scuttled her confirmation to the High Court. The Senate vote, after all, is anticipated to be along partisan lines, with Democrats owning a slim majority. That’s a shame. Justice Ginsburg, by comparison, received the support of 96 senators.

These contentious hearings became more routine and public in nature when Senate Democrats rejected Judge Robert Bork’s nomination in 1987. Bork, too, was eminently qualified, but the acrimony surrounding his nomination was perhaps a harbinger of where we are today—the common practice of bashing and banishing those with whom we disagree.

Also, this week, The New York Times decided, finally, to reveal to its readers—albeit begrudgingly (it was not front-page news)—that Hunter Biden’s laptop did, in fact, contain evidence of influence-peddling in Ukraine and China while his father was a senator and vice-president. Joe Biden may have even benefitted from his son’s shady deals.

Was such blockbuster news not “fit to print” when it was hot off the presses? Actually, this story will no doubt be news to many since the original reporting was censored. Broken by the New York Post right before the 2020 election, mainstream media and several intelligence chiefs immediately dismissed it as a misinformation hoax. Twitter embargoed any linkage to the story. The election of Joe Biden—and the downfall of Donald Trump—was deemed too important to leave to chance with such a bombshell of a story.

Hunter Biden’s legal troubles continue to mount. But will Americans ever insist on more transparency, and accountability, regarding this shameful coverup? Those who harbor doubts about the 2020 election can add this, and Hillary Clinton’s Steele dossier, to their list. And having doubts is not the same thing as falling for the “Big Lie.”

Yale Law School, often considered the finest in the country, clearly needs a refresher course on the First Amendment. Recently, over 100 students shouted down and berated guest speakers who arrived on campus with ideas that offended woke sensibilities. The disruption required the assistance of the police. The law school’s administration and faculty was astoundingly unembarrassed, and the students, of course, unrepentant. Fully two-thirds of them signed an open letter in support of the protest.

The head of Amnesty International in the United States recently told an assembled audience of progressives that not only is Israel an apartheid state, but also it should not exist as a Jewish state at all. And then this idea: Enlist progressive American Jews to become the face behind this crusade to strip the Jewish people of their ancestral homeland.

Well, at least he had the guts to say exactly what he meant. 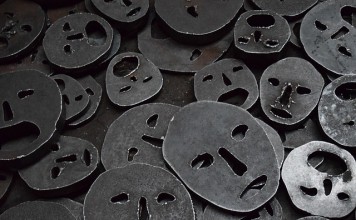