I have always had a very non-ambivalent reaction to seeing Jews with tattoos, kal vachomer on Israelis. No matter how creative or touching they may be, I find it appalling that Jews have adopted a practice that is linked with non-Jews. In an era where Holocaust survivors still shuffle along the streets of Tel Aviv and Jerusalem, it must be very painful for them to see that a younger generation gleefully chooses something which literally branded them.

Moreover, I don’t understand it from a logical perspective. I mean even an impulsive teenager has the foresight to realize that what pleases them now might not be what they’re into 40 years on. I saw a woman my age with tattoos and wondered how she feels about them now. Why do something so inexorably permanent?

But apart from stupidity, it shouts disdain for the Torah. Some shout it louder than others. True, some people choose tattoos that are somehow paradoxically connected to their being Jewish.

I was waiting at the bus stop in Rishon LeTzion and a woman who appeared to be in her late twenties was standing in front of me. She had a half a dozen tattoos. While I was contemplating why she would choose to have a whale tattooed on the back of her calf, she turned around and I saw Hebrew writing in a Torah font on her thigh. And what did it turn out to be if not the verse in the Torah forbidding tattoos?

Comprehension dawning, I was livid. It’s one thing to turn yourself into a gaudy canvas in direct transgression of a Torah commandment, but this was mocking G-d. It’s one thing not to fast on Yom Kippur, but quite another to walk into Orthodox services eating a ham sandwich during Al Chet. And this was how it struck me.

I was about to say something to her when her bus came and another thought occurred to me. The last laugh, as it always is, was G-d’s.

We all know that each of us has a verse in the Torah that is ours. That’s her verse. And while her intent might have been to scoff and scorn, to be cynical and mocking, the end result is that for the rest of her life, she’s going to have a Torah verse indelibly etched into her skin. A bit ironic.

Her tattoo, like those of the survivors she may be offending, clearly identify her as a Jew, albeit a Jew cognizant of the fact that she is transgressing the Torah, but who nevertheless has a Divine spark – a Torah verse, as part of her body, which may also reflect the part of her soul that is protesting its violation.

So although my initial reaction was one of condemnation, I realized that a daughter of the King just can’t transgress the Torah without redeeming herself in some small way. Whether she means to or not. And that’s why you can always tell a Jew. 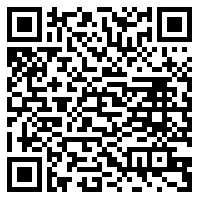