As the presidential primary season kicks off in Iowa next week, Jewish issues are very much on the sidelines. There is no “Jewish vote” in Iowa – the state’s 6,000 Jews are less than two-tenths of one percent of the population – and in any event, all the candidates have declared themselves staunch supporters of Israel.

But there is a curious and little-known chapter in American Jewish history involving Jews, elections, and Iowa. And it offers a useful lesson for our own time.

This turf war intensified with Wise’s announcement, in late 1937, of a national plebiscite in which American Jewish voters would answer four questions: Should the AJCongress be considered “the representative agency of the Jews of America”? Should local Jewish organizations, “including welfare and federation funds,” be organized “on a democratic, representative basis”? And do American Jews support Jewish statehood in Palestine and boycotting Nazi goods?

The plebiscite was intended to dethrone the American Jewish Committee. On the national level, the AJCongress would be crowned sole spokesman for U.S. Jewry. In local communities, where AJCommittee sympathizers often held sway by virtue of their wealth and connections, leaders henceforth would be chosen democratically. The Zionism and boycott questions were included to demonstrate that most U.S. Jews agreed with the Congress – which favored Zionism and the boycott – and not the Committee, which opposed both.

In the heated run-up to the scheduled June 1938 vote, Wise and the AJCommittee leaders took turns accusing each other of being undemocratic. “The loyalty of American Jews to the democratic process may well be tested in the [plebiscite],” Wise declared. The Committee leadership responded that by holding a Jews-only election, the AJCongress was undertaking “an undemocratic attempt to make of Americans who are Jews a distinct political unit.”

Soon, however, events abroad overwhelmed the conversation. Newspaper photos of Jews scrubbing the streets of Vienna with toothbrushes, following the German annexation of Austria in March 1938, made American Jewish infighting seem like fiddling while Rome burned.

Less than six weeks before election day, Rabbi Wise announced a drastic change in the wording of the plebiscite. Now voters would be asked just one question: whether they favored creating “a single, all-inclusive agency organized on a democratic, representative basis” to defend Jewish rights.

Publicly, the AJCongress leadership said the change was made because of “the increasing crises in Jewish life” and “the urgency of uniting all Jewish resources.” In fact, a more compelling reason had emerged behind the scenes: President Franklin D. Roosevelt reportedly was upset over the plebiscite.

In a memo to his AJCongress colleagues, Wise described a conversation with FDR that had been relayed to him by presidential speechwriter Samuel Rosenman: “The Chief used this term: ‘the whole thing is loaded with dynamite.’ First the four questions were read to him. [Rosenman] claimed the Chief was filled with horror…. He stated the Chief suddenly said to him: ‘Won’t this enable Americans to say that the fellows who wrote the Protocols of the Elders of Zion had some justification?’ ”

For Wise, this information was a game-changer. “The important thing is that the Chief is terribly exercised,” Wise told his colleagues; he could not bring himself to go against “the judgment and the wishes” of the president. Wise was a deeply devoted enthusiast of President Roosevelt and the New Deal. His loyalty to FDR, whom he privately called “the All Highest,” defined his political credo.

Moreover, if word leaked that the AJCongress went ahead with the plebiscite despite Roosevelt’s opposition, it could get “the Jewish people into a great deal of trouble,” Wise told his colleagues. Even if there were no such leak, while the New York Times might cover the plebiscite accurately, “the Des Moines Register will not and the people in Des Moines and Texas will read of a Jewish election for Congress.”

Wise, along with many Jews of his generation, harbored a strong suspicion of, and even disdain for, the conservative political and religious character of the American Midwest and South. “Des Moines and Texas” were shorthand for the type of American whom Wise perceived as ignorant, backward, and probably anti-Semitic. In a similar vein, he once privately fretted about allegations in the Nazi press that he thought “may make some impact upon Oklahoma and Arizona!”

Fear of angering Roosevelt and “the people in Des Moines” compelled Wise to cancel the plebiscite. To save face, he agreed to establish a new Jewish umbrella organization, the General Jewish Council, along with the AJCommittee, B’nai B’rith, and the Jewish Labor Committee. Consumed by power struggles and ideological disputes, the Council collapsed less than three years later.

And so as a new presidential election campaign kicks off in Des Moines next week, and as the competition for Jewish votes gets underway in the weeks to follow, Jewish leaders might consider how Rabbi Wise’s fear of Iowans and Texans weakened his hand as a Jewish leader.

Limiting his relationships to those within his cultural and religious comfort zone, Wise failed to build political alliances on both sides of the aisle – a crucial skill for political lobbying, then and now. 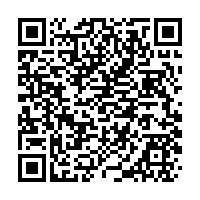