I wondered out loud whether it would be possible to somehow locate the families to erect a proper matzeivah, but the records only mention the name of the niftar. I admired the tenacity that Gadi showed and his deep commitment to kovod hameis [respect for the dead]. Officials of the Prime Minister’s Office and the Jerusalem Development Authority who accompanied me on the tour promised to step up the effort and to also fund the infrastructure of new pathways and gating to preserve the newly rehabilitated graves.

Stalemate at the Mosque

For weeks, the committee has been hard at work to stop the expansion of the Ras al Amud Mosque just feet from the gravesites of many luminaries, including the late Prime Minister Menachem Begin and his wife Aliza as well as prominent rabbonim. The mosque is also just around the corner from the main (and only) parking lot to Har Hazeisim. What was a small mosque years ago was slowly becoming a major structure at the mouth of the 3000-year old Jewish cemetery. It was clear from documents that the mosque was illegally expanded. Some municipal documents clearly delineate the area as zoned for a cemetery. Pressure by the committee resulted in a Stop Order and the police confiscating building materials.

But here and there reports were received that despite the Stop Order, construction continued. Committee leaders are asking that the extension be torn down and sealed but officials made it clear that it was unlikely that they would tear down a mosque in the current political climate.

To my utter surprise, a senior police official accompanied me, two leaders of our Israeli committee (Jeff Daube and Harvey Schapiro) and an official of the Jerusalem Development Authority to the area where the mosque stands. As we pulled up in the armored police van, the sergeant went ahead to gain the permission to visit the mosque from the elders, with whom he apparently had a relationship. They greeted us courteously, albeit with obvious suspicion and perhaps disdain. We entered in front of where the original mosque stood with its wall to wall blend of colored Persian rugs and other carpets. We walked past the illegal extension with its rooftop of red Spanish tiles that I am still not clear when it was done (I heard anywhere from a year and a half ago to as much as 10 years ago). Somehow that extension had gone by without notice. Then came a room that was used to wash hands and feet in advance and after prayers. There seemed to be about dozen faucets for each. This was followed by a space with construction material and then we turned the corner to walk to the back where we saw the latest expansion. It extended from the back of the red roofed structure to just three feet from the low wall where many graves jutted out. The roof seemed to have a newly paved concrete top and the posts for the obvious next step: final installation of a red roof to match the structure in front of it.

The room inside was locked, explained the elders, because there were some thefts, including money from the charity boxes. Through a crack, I was able to notice a room that was largely undone with a mound of dirt and some construction material. They, in fact, suggested that we build a fence atop the wall with barbed wire to separate the cemetery, a favor to us, they said, but the real purpose was clearly to keep vandals out of the mosque. So what was this expansion all about?

We learned that on an average Friday, as many as 600 men from Ras al Amud converge on the mosque with cars parked all around the Mount of Olives, including the parking lot. “If we know that there is a levayeh [Jewish funeral],” said the police official, “we make sure to restrict access to the parking lot.” Although I was amazed that the space could hold 600 men, I was quickly reminded that this was not an area with benches and tables but a place where 600 men prostate themselves on rugs in very close cramped conditions.

So the expansion, explained the elders and the police, was to build more “showers” (faucets for the hands and feet) and they graciously agreed to remove the small room that is now the site of the faucets. Be as it may, this expansion adjacent to the cemetery was unacceptable, despite efforts by officials to minimize the scope of the project and to keep raising the political sensitivities.

The police say that they are planning to permanently station a van to assure that construction does not continue. The Waqf continues to apply for official permits which the municipality will most likely reject. A classic standoff? Yes, except that the committee refuses to accept this as fact and will mobilize public opinion. 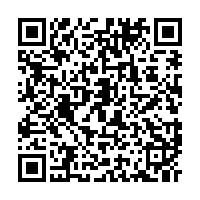