Rav Lior is, most simply put, a Torah giant, a genius whose Torah scholarship is second to none. Together with his brothers, he escaped the Nazi holocaust and has lived in Israel for many decades. A première student of Rabbi Tzvi Yehuda Kook, Rav Lior has served as Hebron-Kiryat Arba’s chief Rabbi, as well as being the Rosh Yeshiva (Dean) of the Kiryat Arba Nir Yeshiva, is the head of the local Rabbinic Court, and is Chairman of the Rabbinic Council of Judea and Samaria. He is accepted as one of the most learned Rabbis of the generation, whose Judaic legal rulings are requested and accepted internationally.


A number of years ago, one of Rabbi Lior’s students, himself a learned Rabbi, Rav Yitzhak Rodrig, began a Torah organization in Kiryat Arba called the Institute for Community Rabbis. This organization is comprised of various Torah scholars, many of whom serve as Rabbis, community leaders and teachers in their respective towns, throughout Judea. Over the years this institute has published numerous books dealing with many aspects of Jewish life and law. Their initial publication, the first in a set of books, called ‘Melilot’ printed in 1997, is a series of research articles dealing with various topics, including medicine, security, damages, Shabbat, synagogues, and more. This series has already produced three volumes of over 1,200 pages of Torah erudition on diverse issues and subjects.

Other books include: The embryo in Jewish law, Parchment, Purity at the field of Machpela, the Environment, Laws of Mourning, several books dealing with Jewish teaching and education, and many more. (A complete list (all in Hebrew) can be viewed here. In fifteen years the institute has published some thirty books.

Several years ago Rav Rodrig began publishing arguably the institutes’ most important volumes: Legal decisions rendered by Rav Dov Lior. These books, printed in the traditional format of questions and answers, known as responsa, provide rulings about every subject that can be imagined, be it Shabbat and holidays, kashrut, family matters, as well as legalistic topics concerning intricate details of Jewish jurisprudence.

Last night, many of Rav Lior’s peers and students met to honor the Rabbi on the publication of the fourth and fifth books in this series, titled “Dvar Hebron” – (the Sayings of Hebron). One of these two books continues to deal with questions of traditional Jewish law, per se.

However the second book is unique, in that it deals with ‘outlooks’ or ‘views’ (hashkafa) and faith (emunah). As such, this volume deals not with the kashrut, that is, food ritually suitable to eat by Jews, and does not deal with what may or may not be done on Shabbat, or how to build a Succah. Rather it examines: the value of Torah and Torah study; education; the mitzva (precept or commandment) of living in the Land of Israel, mitzvot conditional on the land of Israel, Jerusalem, War, War ethics, Independence Day, Redemption, Am Yisrael (the Jewish people) and more.

The last chapter of this amazing book is a summary of the subjects dealt with. Ten examples:

1. The image of a Rabbi in Israel: A Rabbi must prepare in Yeshiva. Additionally, he must have general knowledge and develop his virtue. Besides issuing rulings and teaching Torah, he must give direction to correcting societal shortcomings, and to show the public how both private and public happiness is found in Torah.

2. Agriculture and construction in Israel: All work that develops Eretz Yisrael (agriculture,building, etc.) is a mitzvah. It is also a mitzvah to preserve the beauty of the land.

5. Refusing orders to destroy communities in Eretz Yisrael: It is obligatory to follow military orders, but if the order contradicts the mitzvot of the Torah, and this includes destruction of a community in Eretz Yisrael, it is forbidden to obey them.

6. The importance of visiting (going up to) Temple Mount: People should go up to the place of the Temple in the areas where it is permitted, following the necessary preparations, to prevent continuation of the Waqf’s (Moslem religious trust’s) rule on Temple Mount. It is forbidden to fly above certain holy areas (Machane Shechina). 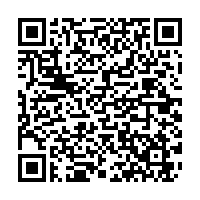