“If the practitioner attributes his mystical powers to an avodah zarah­-related term, utilizing his services is absolutely prohibited even if he deeply believes he is acting according to halacha. A Taoist religious idea does not become ‘compatible’ with Judaism just because a frum Jew subscribes to it.”


People who have exhausted conventional medical avenues sometimes turn to non-conventional services like “energy healing.” Such services may seem harmless on the surface, but they actually often involve the gravest class of prohibitions: issurei avodah zarah.

Practitioners of “energy”-based techniques claim to channel a mystical, non-verifiable force through themselves into a client – often via their hands – primarily employing mental techniques (often along with bizarre hand movements) to tap into this alleged force, which is commonly purported to be a “universal life force energy.”

“Universal Energy,” popularized by the New Age movement (which promotes Eastern religion and other avodah zarah– and kefirah-related ideas and practices) is actually a Western term for what is known as “Ch-i” in the Eastern religion of Taoism. It’s also known as Ki, Prana, and many other names, and pervades much of the holistic industry.

Believing in Ch-i or trying to “use” it may sound fairly innocuous (if silly) – but it isn’t. Multiple prohibitions are involved. Rav Yisroel Belsky, zt”l, actually issued a p’sak halacha (published in Rav Belsky on Alternative Medicine: New Age Medicine – Energy Healing, Judaica Press, p.127-130) calling belief in “Universal Energy” nothing less than heretical, and prohibited all forms of “energy healing” practices.

Why is belief in Ch-i heretical? Because, as I explain in Kuntrus Mishmeres HaKodesh (Monsey, 2008), it is hisgashmus haBorei u’Manhig – it represents a “physicalization” of Hashem. “Energy healers” claim to channel the “force” that animates the entire universe. But we know that the power animating the universe is Hashem. Thus, Ch-i proponents either deny Hashem’s role altogether – or attribute physical qualities to Him. Both are heretical beliefs.

Rav Avrohom Blumenkrantz, zt”l, in his yearly Pesach Guide (under the title “Shomer Nafsho“), lists over 60 approaches and techniques that should be avoided, most of which are associated with the utilization of Universal Energy.

Rav Elyashiv, zt”l, also issued a strong prohibition against avodah zarah-related techniques not genuinely proven to work based on the rules of nature as we know them (Piskei Din, 10:41, reprinted in Rav Belsky on Alternative Medicine, p.131). His statement clearly applies to many Eastern/”New-Age” techniques performed by even some frum practitioners.

Many Chassidishe rabbanim have likewise prohibited a variety of alternative healing techniques. One is Rav Chaim Y. Dovid Weiss, shlit”a, of Antwerp (who, incidentally, like Rav Belsky, was lenient years ago on the sheitel shailah when it initially arose). He strongly objects to frum Jews who claim to practice “kosher” versions of what in fact are avodah zarah-related therapies and diagnostic techniques.

Along with a number of other rabbanim, Rav Weiss raises (in a letter to a well-known Admor) a prohibition that is not widely understood: “ein misrapin min haminnim” (also known as “eitzei asheirah”). This prohibition – discussed in the Gemara (Avodah Zarah 27) and codified in Shulchan Aruch (Yoreh De’ah 155:1) – forbids using a technique whose effectiveness (real or imagined) is attributed to avodah zarah (or kefirah) if that technique cannot be explained according to science (and does not fall into the permissible category of “segulah“).

The rationale behind this prohibition is as follows: If the mysterious technique appears to work, then – given the absence of a known explanation – people may erroneously attribute its effectiveness to the avodah zarah/kefirah force associated with it. And that erroneous assumption is heresy since a fundamental principle of Jewish faith is that avodah zarah itself has no power whatsoever.

(Whenever avodah zarah appears to work, its effectiveness is due strictly to some other factor e.g., the placebo effect, trickery, or a test from Above [a “ma’aseh satan” like at the cheit ha’eigel], etc.)

It’s important to remember that this prohibition applies even if the person performing the energy healing seems to be very frum (a small “frum” New-Age industry has unfortunately risen in recent years). If the practitioner attributes his mystical powers to an avodah zarah­-related term, utilizing his services is absolutely prohibited even if he deeply believes he is acting according to halacha. A Taoist religious idea does not become “compatible” with Judaism just because a frum Jew subscribes to it.

In conclusion, we must be alert to anything and anyone promoting suspicious ideas or practices. Some “New-Age” healing practices may seem harmless, but they are anything but. Utilizing them isn’t just a waste of time and money. It’s often a violation of one of the greatest sins in the entire Torah. 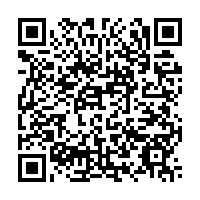