There are two possible solutions to the violence emanating from Gaza.


Either embark on a massive fourth round of conflict like the 2014 confrontation and hope that it will bring Hamas to non-belligerency, as the five wars between Israel and the Arab states did, or as arguably happened after Operation Defensive Shield in 2002 against the PA and Fatah; or adhere to the “taming Hamas” approach used by Netanyahu since “the Return processions” began at the end of March 2018, which minimizes the sticks and maximizes the “carrots” for keeping the peace.

Each of these two solutions have obvious drawbacks.

Initiating a massive round, including a ground offensive into Gaza, to exact a threshold of pain Hamas will not be able to tolerate, plays into the hands of Tehran’s regional strategy to use the Palestinian card to deflect the focus from its buildup in Syria, and entails other obvious costs in terms of lives and treasure.

The wider linkage to Iran and its prioritization, in Netanyahu’s strategic thinking, is what led him to adopt the taming paradigm of negotiating with Hamas to keep the peace on Israel’s southern border.

The costs of this strategy are equally obvious. Any carrots offered to Hamas (Blue and White under Benny Gantz will offer Hamas even more) might buy peace and ameliorate the humanitarian crisis in Gaza, but those same carrots will obviously be used to enhance the military capabilities of Hamas in the future. In other words, today’s carrots will be converted necessarily into sticks wielded by Hamas against Israel in the future.

Rest assured that as the welfare of Gaza’s population improves, Hamas will dig more and deeper tunnels and storage centers within Gaza itself, improve the firepower and payloads of its missiles and try to dig offensive tunnels into Israel – and this is all the more the case if it is provided with a deeper offshore port, the reopening of the airport and other projects that have been bandied by Blue and White and certain Likud leaders.

The recent bout of fighting, this time almost exclusively with Islamic Jihad, does not contribute to the debate as to which of these two strategies is correct. What this bout does clearly demonstrates is that the taming strategy is deepening its roots.

Enhancing division and bad blood among the ranks of one’s enemy is almost always an advantage. The partition of the Palestinians into two inimical governments in 2007 was clearly a boon for Israel, which continues to this round. Since then, when Gaza burns, the West Bank is quiet, and the opposite is also true. This was not true either in the 1987 intifada or the years of violence Arafat instigated against Israel in 2000. Conflict management obviously becomes easier for Israel. Notice the absence of demonstrations in Ramallah, Nablus and Hebron during this latest conflagration.

This round’s novelty is the wedge Israel created between Hamas and Islamic Jihad. Hamas may have rhetorically supported Islamic Jihad (and even then one can marshal evidence that much of the rhetoric was, between the lines, negative toward Islamic Jihad), but its lack of deeds can be construed as nothing less than betrayal. For two days, it joined forces with Palestinians in Ramallah and Hezbollah in the north, watching on the sidelines as Islamic Jihad was pummeled by the IDF, especially by the air force, after it removed the leading figure, Baha Abul Ata, who obstructed the taming strategy of payoffs to Hamas.

Just as Israel “tamed” the PA – in part because a after 2007, they faced a joint enemy: Hamas and Islamic Jihad – giving rise to unprecedented levels of security cooperation between the two, Israel and Hamas are cementing a mutual interest in weakening Islamic Jihad.

Hamas obviously looks at Israel’s might as a means of decreasing Islamic Jihad’s ability to threaten Hamas’s interests – one of which, as a mass party, is to stave off the possibility of popular rebellion against its rule by improving socioeconomic conditions in Gaza. This is hardly a concern Islamic Jihad, without a mass backing, has to worry about.

It is too early to tell to what extent this mutual interest between Israel and Hamas will make the split in Islamist Palestinian ranks as fixed and firm as the PA-Hamas standoff – or, from the other side of the coin, Israeli-PA cooperation. But there is no doubt that the taming strategy is beginning to work, though Hamas’s military dependence on Iran is clearly an obstacle to deepening the wedge.

As auspicious as this wedge in Islamist ranks may be, Israeli policymakers should always be aware of this strategy’s weakness – the failure to exact pain from Hamas that might encourage it to opt out of violence against Israel, in the way a strategy of massive Israeli retaliation might be able to do.

This means that Israel should give the fewest carrots and concessions possible, knowing full well that some of these carrots are quickly converted into firepower to be used against Israel in the future.

This also means scuttling the visions promoted by Gantz and Israeli think tanks such as the INSS who argue that Israeli sticks should be accompanied by a Marshal Plan of goodies to improve the welfare of Gaza’s inhabitants. That only worked after Germany and Japan were totally defeated and a mutual threat to the Western alliance, the Soviet Union, emerged.

Taming Hamas might be the best strategy within the wider regional strategy toward Iran, but placing the cart (a Marshal Plan) before the horse (massive punishment of Hamas) would cost many Israeli lives. Israel hardly needs another Oslo-like disaster, which confused painful realities with halcyon visions. 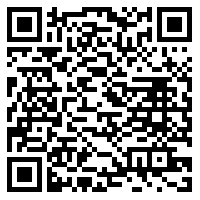