Recent developments on a number of fronts in the Middle East suggest that Hamas is beginning to lose both power and popularity among Arabs and Muslims.


Of course this is good new for moderate Arabs and Muslims, as well as for stability in the region.

This change does not, however, mean that Hamas will vanish sometime in the near future. Nor does it mean that peace will prevail tomorrow between between Palestinians in the Gaza Strip and Israel.

In recent weeks and months, Hamas has found itself embroiled in a number of local and regional disputes that seem to have had a negative impact on its standing among Palestinians and Arabs.

After losing the backing of Iran and Syria because of its support for the rebels fighting against the regime of Bashar Assad, Hamas has now lost its key supporter and financier in the Arab world, Sheikh Hamad bin Khalifa al-Thani of Qatar.

Khalifa’s decision to hand powers to his son, Sheikh Tamim, has left many Hamas leaders worried about the future relations between their movement and Qatar.

Noting that Qatar had long embraced and supported Hamas, leaders of the movement voiced hope that Sheik Tamim would follow in the footsteps of his father.

Under Hamad bin Khalifa, Qatar was the first Arab country to receive Hamas leaders after they were expelled from Jordan by the late King Hussein in the late 1990’s.

Khalifa was also the first Arab ruler to visit the Gaza Strip earlier this year and offer hundreds of millions of dollars in aid to the Hamas government.

Hamas leaders said this week that they are now not sure whether the new ruler of Qatar will fulfill his father’s financial pledges.

Meanwhile, Hamas seems to have gotten itself into trouble with many Egyptians, who accuse the movement of meddling in their internal affairs.

Egyptian media reports and politicians say Hamas has been dispatching weapons and gunmen to Egypt to support Muslim Brotherhood President Mohamed Morsi, who is facing growing discontent at home.

When Hamas leaders visited Cairo last week, they were forced to flee the hotel where they were staying after hundreds of angry Egyptian demonstrators protested their presence on Egyptian soil.

Hamas’s support for the anti-Assad rebels in Syria has also resulted in a crisis between the movement and the Iranian-backed terror group Hizbullah in Lebanon.

Some Lebanese have accused Hamas of arming anti-Assad radical Islamists and setting up terror cells in Palestinian refugee camps in Lebanon.

Unconfirmed reports said that Hizbullah has asked Hamas leaders based in Beirut to leave the country.

Musa Abu Marzouk, a senior Hamas official, this week made a secret visit to Beirut in a bid to defuse tensions between his movement and Hizbullah.

Hamas is also facing many problems at home.

Hamas’s relations with other terror groups in the Gaza Strip have also recently witnessed a serious deterioration.

The Islamic Jihad organization decided this week to sever ties with Hamas over the death of a top Jihad operative, Raed Jundiyeh.

Jundiyeh was killed when Hamas policemen tried to arrest him last weekend, sparking a sharp crisis between the two parties.

In addition, Hamas has been forced to deal with Al-Qaeda-affiliated Salafi followers who think that the Hamas leadership is not radical enough, especially with regards to imposing strict Islamic laws and fighting the “Zionist enemy.”

Hamas officials admit that all these these developments have had a negative impact on their movement’s standing among Palestinians and Arabs.

Hamas’s failure to improve the living conditions of Palestinians in the Gaza Strip has also driven away an increased number of Palestinians — in addition to reports about fierce internal squabbling among Hamas’s top brass and the absence of a unified policy toward many controversial issues plaguing the Palestinians and the Arab world.

Although Hamas leaders have condemned the contest as “anti-Islamic” and “morally corrupt,” they were forced to voice their support for the 23-year-old Assaf in the wake of the overwhelming and unprecedented support he received from Palestinians.

When Hamas leaders begin to “sweat,” it should be seen as a positive development in the Palestinian arena. It now remains to be seen whether Palestinians will take advantage of the situation and turn against Hamas. 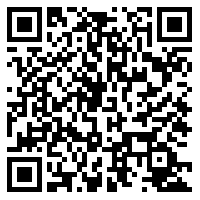