In recent days, a Russian Major general was killed and a couple of other Russian soldiers were wounded when they were struck by an ISIS IED in Syria.  Not too long before that, ISIS attacked the home of the mayor of Semun village in Iraq, killing him and four of his relatives.  In fact, despite US President Donald Trump claiming victory over the murderous terror group, not a day goes by where ISIS does not murder people in the region.

Furthermore, following the UAE-Israel agreement, ISIS has threatened to wave a “jihad over Jerusalem” in various posters that were documented by MEMRI.  And around the exact same period, the Indian media reported that the murderous terror group was raising funds by selling bogus face masks and PPE kits, and an ISIS terror attack was thwarted in New Delhi, India.   Shipan Kumer Basu, who heads the World Hindu Struggle Committee, stated that this thwarted terror attack was “part of a conspiracy to carry out subversive activities in the garb of Anti-Citizenship Amendment Act (CAA) protests.”   This makes one ponder, is ISIS making a come-back amid the pandemic?

An Iraqi source, who spoke on the condition of anonymity, has claimed that “ISIS is coming back stronger than ever before and that the Peshmerga are fighting them.”  Nevertheless, a Brookings Institute Report claims that the pandemic has made it extremely difficult to fight against ISIS, as the high cost of fighting against the pandemic and fixing local economies will likely cause many countries to cut back on their counter-terrorism budgets, thus leading to the West abandoning their regional partners, such as the Kurds.

“Face-to-face military training is already declining as fears of COVID-19 limit interactions,” the Brookings Institute report noted.  “A loss or drastic reduction in foreign support would erode those local allies’ counterterrorism capabilities and could allow terrorists to expand their operations and influence. An even bigger risk, as a recent U.N. report notes, may be the distraction of security forces, which might need to support a COVID-19 response or manage any unrest associated with the crisis.”

In other words, in Iraq, the government will not be able to focus on ISIS exclusively, as they also will likely have to face discontented citizens protesting against the present reality in the country, the massive disaster brought about by the pandemic and Shia militias who refuse to give into the dictates of the central government in Baghdad.   This makes it exceedingly difficult for any Iraqi government to focus exclusively on fighting against ISIS, without America being on the ground to ensure that it will happen.  However, in the wake of the pandemic, that is unlikely to happen.  In fact, the US recently withdrew from the Camp Taji Base, handing it over to Iraqi Security Forces.   Yet it is precisely in the disputed areas that are under the control of the Central Iraqi government, where ISIS is making a come-back.

Similarly, in war-torn Syria, the retreat of US forces has allowed for the re-emergence of the brutal terror organization under the tutelage of Turkey.  As Syrian Kurdish dissident Sherkoh Abbas noted, the Islamist terror groups backed by Turkey in the Afrin region and other areas of Northern Syria are merely “ISIS with plastic surgery done to it.”   As the world is preoccupied with the pandemic, ISIS has been given a free reign to “convert peoples homes to mosques, force women to wear burqas and force Kurds to pay taxes merely to preserve the right to stay in their homes.”   Nevertheless, now since a Russian major general was targeted by ISIS and not just Kurds, Russia has acted against ISIS in Syria.   However, it remains to be seen if that will be enough to curb the tide in favor of the brutal terror group, given that Russia also has a strategic partnership with Turkey.

Apparently, ISIS sought to exploit India in the same way that they exploited Iraq and Syria. They know that India has a large Muslim minority, who is extremely critical of the CAA.  Given this, they sought to take advantage of ongoing protests against the CAA in order to wage a terror attack.   This serves as a warning also for Western countries, for ISIS could also take advantage of Antifa protests to strike America and other places in the West.

Interestingly, an Islamist presence has already been documented in the ongoing anarchist riots in America.  As Dr. Zuhdi Jasser, president of the American Islamic Forum on Democracy, wrote in Newsweek: “Both BLM and modern Islamism are cut from the same cloth; they are victim-obsessed, ethnocentric struggles that frame every difference of outcome in terms of identity, whether race or religion. They are the commissars of the thought police, the connoisseurs of cultural demagoguery.”  Thus, ISIS exploiting such protests is within the realm of the possible.

In an exclusive interview, prominent Middle East scholar Dr. Mordechai Kedar proclaimed: “ISIS actually did not disappear.  ISIS changed its location; it changed its modus operandi and it changed its way of conduct when it is comes it publications and clips.  But ISIS remained in many places.  Its ideology did not die.  The people who support them are still alive and kicking and still killing.  Many ISIS terrorists are hiding in Syria, Iraq, Sinai, Saudi Arabia, Algeria, Morocco, Nigeria, Chad, Philippines, etc.  Hundreds also came back to Europe.  They are waiting for the moment to come back to play a role in the public stage.  What happened in the last couple of months is the coronavirus brought countries like Iraq to a deeper problem.  When a country is not functional, ISIS can reorganize, rearrange, and rebuild their ranks and that is what has happened.   This is kind of changes that made the fight against ISIS much weaker.  They take advantage of the situation, reassemble and reactive their potential.” 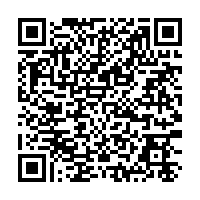