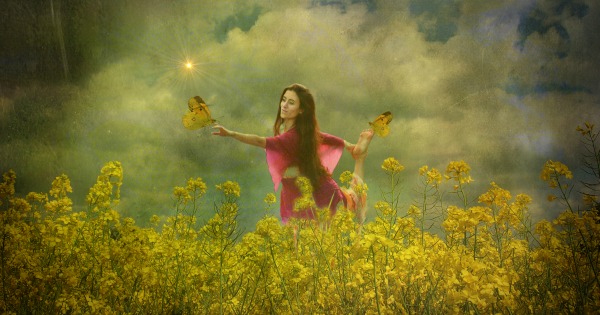 It felt like a scene out of Alfred Hitchcock’s horror-thriller film The Birds – where menacing fowl gradually and individually, but then rapidly and numerously, dominate and darken the sky as they swoop in to aggressively attack helpless people.

It all started with an innocent inquiry from a friendly neighbor: “Wanna come over for Shabbos lunch?” I swallowed hard. I haven’t been invited anywhere in about 15 months.

Isn’t it too soon? Is this even allowed? What would Dr. Fauci say?

I was able to get out of that one easily: “I don’t feel comfortable eating with others unless they are vaccinated,” I managed to eke out.

Then came the kiddush invites. I was able to thwart off many outings by whipping out my mental rolodex of excuses; every introvert has one. “I think it’s supposed to rain that day.” “I had a hectic work week.” And, of course, the classic “I would love to attend, but I have a prior commitment that day.”

A short while later, as I retrieved the mail, I felt a thick cardstock envelope in the box and instinctively knew what it was without having to open it or even look at it; the raised lettering on the return address instantly revealed the content: A wedding invitation. I could feel my heart racing. It felt like getting a jury duty summons. I was expected to arrive at a disclosed location, at a specific time, sit with hundreds of others, and fulfill my civic Jewish duty of being m’sameach kassan v’kallah.

This is a good thing, I tried to reassure myself. It’s a simcha; I should be happy to go. But the reality is, for introverts like myself, the reopening of society with the easing of Covid restrictions brings along feelings of anxiety and dread. You see, for the last year or so, we have been securely nesting in a cocoon of anti-socialness. Only this time it wasn’t frowned upon; in fact, it was federally mandated. Society’s FOMO – fear of missing out – had been replaced by FOJI –fear of joining in.

But now that most people have been vaccinated and the numbers of cases are going down, invitations to kiddushin, bar mitzvahs, and chassunas are going up. As are my feelings of stress.

And just like Hitchcock’s birds, the invitations kept coming. Gone were the days of curbside birthday parties. Now parents are expecting you to sit down and stay…and actually socialize…with others. No more virtual parsha plays or siyums. Now it was assumed I would partake and be present.

The final straw came in an email from my boss letting me know that there would be an imminent return to the office. Now, I can handle a party for an hour or two, but eight hours of mindless co-worker chatter –that was too much. As I delved into my arsenal of tactical negotiation skills and offered every possible alternative, I thought Israel should hire me for cease-fire talks. I can schedule weekly Zoom meetings, I offered, or a hybrid schedule, and I will even give up my cubicle space, so it can be rented out and save the company rent money. It all failed. My boss wants me back in the office. Israel, no need to call me.

I came to the realization that whether we liked it or not, us introverts have to rip the proverbial N95’s off and re-enter society.

At first it was hard. I cherish those Shabbosim where we had our own Yankovich minyan, compelling my husband to take on the role of “rav” by preparing weekly drashas, as my adorable sons belted their out their off-tune chazzanus. I think fondly back to our Pesach Seder, where for the first time ever I was able to throw green plastic frogs around to recreate makas tzefardeyah, I was able to use Lego pyramids as table centerpieces, and I finally got a chance to apply my talent of foreign accents when doing my comical voice-overs for the Four Sons portion of the Haggadah (trust me). These are all things that would not have been possible in previous years since our sedarim included old-school relatives and their scornful gazes.

But all this changed the first Shabbos we were permitted back into shul. I found myself teary eyed as I gazed at the velvet peroches and its holy contents. There is a certain holiness that permeates such a sanctuary that no home or backyard can ever duplicate. “Thank you for inviting me back to your home,” I whispered to Hashem.

I’m not saying that returning to normal was easy. I still dread parties, avoid affairs, and dislike anything that calls for dancing, but there is something to hearing the piercing cry of an infant at a bris that just pierces the soul. There is something to watching the snipping of a three-year-old’s long, curly locks that just snaps you back into reality. I may opt out of some invites when I feel overwhelmed. But even I, a classic introvert, can appreciate that there is no better joy than watching Klal Yisrael be able to continue engaging in our ancient communal rituals and traditions just as we have done for millennia.