While reading a recent news story about the president, it struck me that there are a number parallels between Donald Trump and another controversial leader who was seen by many as illegitimate, said things without thinking, fought detractors, and yet took bold actions in support of Israel. That person is Yiftach.

Yiftach’s father was Gilead, but his mother – as Sefer Shoftim notes – was a “zonah,” which is variously interpreted to mean a harlot (Abarbanel), a concubine (Radak), or a woman occupying some other low-level station in life. As a result of Yiftach’s unseemly lineage, his half-brothers, along with the elders of his city, chased Yiftach out of his father’s home to prevent him from receiving any inheritance. Yiftach fled and gathered around himself a group of highway men.

During this time period, the Children of Israel worshipped local gods and subject to the rule of the Philistines and the Children of Ammon. But they did teshuvah and gathered their forces in Mizpah in preparation for a major assault on the Ammonites who were encamped in Gilead (Judges 10:17).

Swallowing their pride, the elders of Gilead turned to Yiftach for help. Yiftach agreed to lead them and first sought out peace with the king of Ammon, who charged that Israel stole his land when it came up from Egypt. (The modern Palestinians seemed to have taken a lesson directly from this play book!)

Yiftach attempted to correct the king’s distorted history. But when that did not work, he prepared for war and made his infamous vow: If the campaign against Ammon was successful, he would sacrifice whatever exited his house first to Hashem. After the victorious battle, what emerged from his door first was not, tragically, a cow or a lamb, but his own daughter. Yiftach apparently had not thought through his words; he lived up to the meaning of his name, which means, “he will open.” He opened his mouth without considering all the possible consequences.

Leaving aside the tragic fate of Yiftach’s daughter, the aftermath of the victorious campaign was disastrous. Shortly after vanquishing Ammon, the tribe of Ephraim, rebuked Yiftach for refusing to call upon them for help and prepared for battle. A tragic civil war broke out, leading to the loss of 42,000 Ephraimites.

Let’s now consider the similarities between Yiftach and President Trump. Yiftach was an outsider and could be considered a bit uncouth. He spoke impulsively and acted stubbornly. His enemies were both domestic (i.e., his immediate family, his community, and the tribe of Ephraim) and foreign (i.e., the Children of Ammon). However, when a national crisis faced Israel, he rose to the occasion. Despite his shortcomings, Yiftach saved Israel from the Ammonites and led Israel for six years.

Donald Trump is also an outsider. He is continually looked upon condescendingly by the elites in academia, the mainstream media, and Hollywood. Trump, like Yiftach, does not take criticism lying down. He retorts via Twitter, often employing derogatory descriptions against his detractors, thus supporting the view that he is boorish and obnoxious.

However, with his conservative policies, he has improved the economy and strengthened the military along with improving the lot of veterans. He has strengthened the U.S.’s position in foreign affairs and recognized the reality that Jerusalem is Israel’s capital.

The Gemara (Rosh Hashanah 25b) states that “Yiftach in his generation is like Samuel in his generation.” How can the Gemara compare the mediocre Yiftach to the great Samuel? The Gemara explains, though, that even an unworthy person, once he is appointed leader, must be accorded the respect due his position.

Although flawed, Trump, like Yiftach, is viewed by his many detractors as an unlikely candidate to display great political leadership. Bu there’s no question that he has accomplished much good for the United States and Israel. Trump is no President Lincoln, but the Gemara seems to suggest that people are a package deal. The good comes with the not so good.

One could think, “Oh, if only someone more decent, virtuous, and well-mannered were president.” But that’s not reality, and the many things Trump has achieved should not go unacknowledged – despite the rhetoric and tweets that make many cringe. 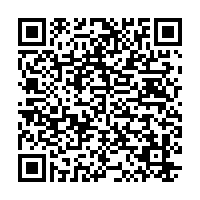