Where does Israel Victory stand in this era of Arab-Israeli peacemaking? Slightly diminished, but not by much. To understand why requires starting with a step back in time.


The 1993 Oslo Accords sidelined the Arab states and focused on Palestinian-Israeli relations, expecting that this exclusivity would ease a compromise to bring each side what it most sought: security for Israelis and political fulfilment (“Palestine”) for Palestinians.

Unfortunately, the Palestinian leadership turned this hopeful “peace process” into a “war process,” exploiting the opportunities it provided to attack the Jewish state in new ways, thereby undermining diplomacy and fostering greater violence.

In response to Oslo’s failure, I developed the Israel Victory concept in early 2001. It accepted the sidelining of Arab states (even though I preferred to include them) and focused on Palestinian-Israeli relations. It rejected the peace-process absurdity of Israel making concessions even as the Palestinians sought its elimination. Instead, it called for Israel to take advantage of its overwhelming economic and military superiority to compel the Palestinians to accept defeat, setting the stage for their eventual acceptance of Israel.

Then, starting in 2017, the Trump administration expressed impatience with the peace process farce and brought the Sunni Arab states back into the diplomacy. This “outside-in” approach has the states take friendly steps toward Israel, then Israel reciprocate with friendly steps toward the Palestinians. It worked: the United Arab Emirates established warm relations with Israel in return for the latter’s de facto repudiation of plans to annex parts of the West Bank. Bahrain tagged along and other Arab states are hoped to follow.

In the outside-in approach, Arab states partially assume Israel’s role to impose defeat on the the Palestinian Authority and Hamas. Note the elements of what Khaled Abu Toameh terms their “divorce process”: the emerging warm peace between Abu Dhabi, Manama, and Jerusalem; the imam of the Great Mosque in Mecca (who has been banned from Western countries for his crude antisemitism) talking about Muhammad’s friendly relations with Jews; the Arab League unprecedentedly turning down a Palestinian initiative; and the Arab states reducing their financial support to the Palestinians by 85 percent.

Does this mean Israel Victory has been superseded? No: Sunni Arab states unfortunately make up only a portion of the Palestinians’ vast and multifaceted support system. Exceptional public relations prowess combined with antisemitism transmogrified the tiny, weak, and relatively prosperous Palestinian population into the world’s most prominent human rights issue, one which benefits from immeasurably more solicitude than the far more wretched Syrians or Yemenis.

That support system starts with Iran and Turkey, the only countries (in Secretary of State Mike Pompeo‘s description) to have “vehemently denounced” the recent agreements. Indeed, those two regimes have largely replaced the Arab states (whose last major war with Israel was in 1973) as the Palestinians’ regional stalwarts.

Second, because the foreign policies of Russia and China globally oppose the United States, Jerusalem’s tight alliance with Washington makes them both significant Palestinian supporters.

Finally and perhaps most importantly, the global Left – most professors, journalists, and bureaucrats, the Durban Conference, Jeremy Corbyn, Bernie Sanders – has taken up the Palestinians as a central cause, so that support for Israel now tarnishes one’s progressive credentials. This anti-Zionism, it bears noting, focuses almost exclusively on the supposed suffering of the 3.2 million inhabitants of the West Bank and Gaza, hardly caring about such issues as Israel’s income inequality, its tensions with Iran and Turkey, or its nuclear weapons.

The Left currently can do only limited damage to Israel, being out of power in most major countries (Japan, India, Germany, France, the United Kingdom, Brazil, the United States). But the wheel inevitably turns and when leftists reach to power, their unleashed venom will confront Israel with a great crisis. This imminent prospect renders it especially urgent that Israel address the Palestinian rage underlying and fueling leftist rancor.

The governments of Iran, Turkey, Russia, and China, plus the Israeli and global Left will most likely follow the Sunni Arab states’ lead if the Palestinians have been compelled to abandon their illusion of eliminating the Jewish state. That’s the role of Israel Victory, which offers the only path to end Palestinian rejectionism.

Thus does Israel Victory remain nearly as important as ever. 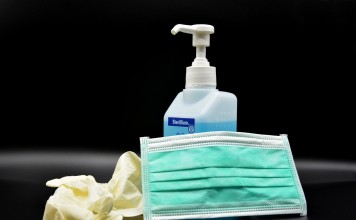 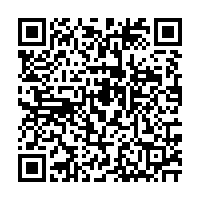